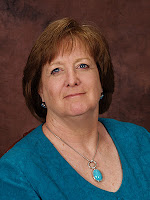 Personal: Wife to one, mother to four--seven if you count in-law children, which I do--and grandmother to three so far with one more on the way. Resident of the upper Midwest.


Diane:  Welcome, Margo. I’m excited to hear about the Three-in-One Virtual Blog Tour you just completed. How did it go?


Margo:  Beyond my wildest dreams. No really! The presentations on the blogs were nicely done. I was very proud of them. The commenters were positive, thoughtful and encouraging. Not to mention the books I was promoting Glad Tidings; Next Tuesday at Two; and To Be, Or Not each received some fabulous reviews—read FIVE STARS. Those were very, very nice, and heartening to read. I’d like to put in a plug here for Marianne of Goddess Fish Promotions, who made it all happen.


Diane:  Tell me about your latest book.


Margo:  Do you mean my three for the Class of ’85 reunion series or my current WIP? Just kidding. Discussing my WIP would probably turn into a massive critique session, so I’ll tell you about my books that are currently out.


They all end in happily ever after. But, that’s part of the deal, right? Glad Tidings has a line I and my editor are particularly fond of. My heroine contemplates her current relationship with the hero and thinks - What kind of woman buries her husband in the afternoon and sleeps with his best friend that night? Although the book starts out a bit steamy, it is really about second chances and hanging in there to get what you want to out of life.


In Next Tuesday at Two, Blane Weston knows exactly where she’s headed in life and how she’s going to get there. Matt Durand has other ideas for her. The fun part for me of writing this story was creating what I call an anti-hero, Aaron Goodwin, who pursues Blane to no avail. I enjoyed writing so called ‘love scenes’ between Aaron and Blane which she, of course, wanted no part of.


In To Be, Or Not I was able to use a fellow Class of ’85 author’s character, Bison County Sheriff Rory McElroy. It turned out the sheriff was the only male character who could make the hero, Barry Carlson, sweat.


Diane:  Your books are about second chances. How do you relate to that?

Margo:  How much time and space do we have? Second chances seem to be what I’m about. As I wrote for one of the blogs on my Three In One Virtual Tour: My life has late bloomer written all over it. (If you don’t count that I was married at 18 and had my first child at 19.) I earned an English Degree in 1997, thirty years after my original entry into college right out of high school. At 32, I gave birth to twins who joined their brother and sister, thirteen and nine. And, after several years of seeking publication and ultimately giving up for a time, I’m now enjoying the achievement of being multi published in romantic fiction.

Diane:  How difficult was it for you to start over with your writing career?

Margo:  Not difficult at all, because I never really left it. I was constantly thinking about stories and kept my hand in, if you will, by writing short stories that eventually sold to Woman’s World and Country Woman. Also, my day job required me to do a lot of writing, but other people’s words, not mine.


Diane:  Love your short bio (at the top of this post). Care to expand on it?

Margo:  To begin with, the one on the way grandchild arrived on December 2nd at 4:16 AM.  For the rest of the expansion, I will revert again to my blog tour. One host asked if my careers in the entertainment world helped me become a better writer. Full disclosure here, I don’t want to mislead anyone about my stints as a television producer, script writer and magazine editor. Those jobs weren’t as glamorous as they sound and took place during my twenty some year career in public relations. The television shows were more educational than entertainment, they were what’s referred to as the ‘talking heads’ format, one host asking questions on a specific topic with two guests who were experts on said topic. The script writing was to fill viewers in about the subject being discussed and to give them some background into the credentials of the experts. Think newscast information. And the magazine editor was a monthly of the educational slash scientific variety, which was, I will say, a nice looking glossy with pictures. And, I would have to say, yes, those jobs helped me become a better writer because I had to produce under pressure, no matter what. And, as far as listing myself as a founding member of the Mid-Michigan Romance Writers of America, I’m very proud of having done that.


Diane:  Those of us who are members of MMRWA are very glad you did. What question was never asked on your tour that you’d like to answer?
Margo:  That’s a tough one, being that I feel I was brutally honest, maybe too honest, with the tour interviews and essays. I’m stumped.
Okay, not so stumped having thought about this. First and foremost, I appreciate you having me as a guest on your blog today, Diane. But, beyond that, I want to thank you for what you are doing for your fellow RWA members, specifically, and the romantic fiction profession in general. One of your early posts talked about exploring the Final Frontier, ala the Star Trek phenomenon. You, my dear, are a living example of that. When it would have been so easy for you to ‘fold your tents as it were and give up on your writing, you sought out new ways to succeed and share your work. What you have done in taking the initiative to put Switched and soon to be Switched Too on to Amazon and Smashwords is an inspiration to all of us. The social media avenue is the way of the future, and from those of us who are still cautiously navigating our way, thank you for stepping out to be a leader on our trip. Best of luck with your ‘new and improved’ writing career.
Diane:  Wow. Thank you so much. Now, I’m the one who is stumped for something to say—a rare phenomenon. It’s been great chatting with you, Margo. Thanks for stopping by.
Readers can find Margo on line at her blog and on FaceBook
Posted by Diane Burton at 6:23:00 AM