Is It Fall Yet? 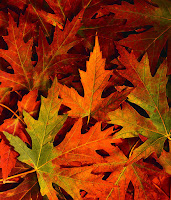 Although the calendar says fall, the weather says summer. How is it where you live? A few trees are turning colors, but the temperatures have been in the high seventies/eighties. I don’t know whether to wear capris or jeans, sandals or athletic shoes. Most of my plants need to be trimmed back and the debris cleared out. Hubs talked me into buying bulbs. This is our third fall in the new house, and he thinks we need more color in the spring. I got some tulips and daffodils. Plus three large mum plants for color now. It’s a good thing he’ll be planting the bulbs.

I’ve had a glitch on the writing front. The second Alex O’Hara story needs more work, according to my editor. All the areas she mentioned that need attention are things I deleted from the finished product. That’s what I get for second guessing myself. So back to the drawing board for The Case of the Fabulous Fiancé. I’m very frustrated.

Have you seen any good movies lately? We went to see the latest Mission Impossible, Rogue Nation. Lots of action, chase scenes, twists, intrigue, and humor. Simon Pegg, as Benji, is such a hoot. And Rebecca Ferguson, the female lead, can really kick butt. I’m looking forward to seeing Everest, but we’re watching the grandkiddies this week. Maybe next week.

I’m reading To Kill a Mockingbird. My daughter can’t believe I’ve never read it. (I saw the movie. Doesn’t that count???) Anyway, our book group is reading Go Set a Watchman for October. I figured I’d better read Mockingbird first so I can better understand all the hoopla over Watchman. Frankly, I think whoever is managing Harper Lee’s affairs now (she has dementia) is taking advantage of her. If she’d wanted to publish Watchman, she would have long ago.

Feel free to share books, movies, or fall activities.
Posted by Diane Burton at 1:00:00 AM 2 comments:

Today I have a terrific guest. I met Cara Bristol through the SciFi Romance Group on Facebook--a great place to meet new authors and learn about their books.


Welcome, Cara.Tell us about yourself.

I’ve been a newspaper reporter, a public relations manager, and an author. I absolutely love being an author. It’s the best gig in the world. I’m married with two  grown stepkids. When I’m not writing, my husband and I enjoy traveling and have been all over the world. In November, we’ll be going on a European river cruise. To unwind, I read, walk 4-5 five miles every day, and watch reality TV shows (my guilty pleasure).

"Dancing With The Stars" is my guilty pleasure. When you're not off gallivanting around the world or watching reality TV, what is your work schedule like when you're writing?

I get up about 5:30 a.m. and hit the computer. I spend an hour on email, FB, checking my blog, etc., then I start writing. I write until about 4 p.m. with breaks for breakfast, showering, and lunch. I try to write 2K a day. My work time also includes promotional activities besides writing, but writing always comes first.


How long does it take you to write a book?

Most of my books are novellas, 30K to 50K words. The first draft takes about month, then it takes another month to revise, edit, and polish. So two months.

Character. For me, character drives the plot. When you put the “right” two characters together, the story practically writes itself. I’ve paired a feminist with a Dom (Body Politics), an Alpha commander with a slave (Breeder), a maid with billionaire (Irresistible Attractions) and an alien who hates Terrans with an earthling (Terran). The story evolves out of the natural conflict that ensues.

I’m still working on this one! I don’t have good balance. Work is consuming, partly because I love it so much, and partly because there’s so much that needs to be done.

I hope they find the characters unforgettable. That they like the heroine and fall in love with the hero. That they continue to think about the book after they’ve finished it, and they recommend it to their friends. And then they buy another book of mine! J

Ditto. Tell us about your latest book.

Stranded with the Cyborg is a science fiction erotic romance. Brock used to be a secret service agent assigned to protect the president’s teenage daughter, Penelope. She was a spoiled brat who pretty much made his life hell and got him kicked off the force. After being severely injured in an attack, Brock is transformed into a cyborg and joins the covert Cyber Operations force. The story begins when the president’s daughter has grown up and become an interplanetary ambassador. She has received a death threat, and Brock is called in to protect her. Neither one of them is happy to see the other, and she doesn’t know he’s cyborg. 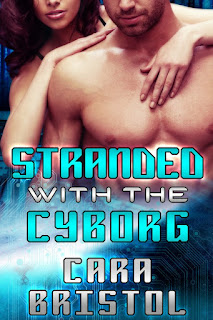 Stranded with the Cyborg blurb
Penelope Aaron, the former Terran president’s daughter, regrets how she got Agent Brock Mann booted from the security force. But now that she’s an interplanetary ambassador about to embark on her first diplomatic mission, she still doesn’t want him tagging along. Especially since he seems to be stronger, faster, more muscled, and sexier than she remembers. And pretending to be her husband? This mission couldn’t get more impossible!
Ten years ago Penelope Isabella Aaron had been a pain in Brock Mann’s you-know-what. Much has changed in a decade: “PIA” as he code-named her, has grown up and is about to attend her first Alliance of Planets summit conference, and Brock has been transformed into a cyborg after a near-fatal attack. Now a secret agent with Cyber Operations, a covert paramilitary organization, Brock gets called in, not when the going gets tough, but when the going gets impossible. So when he’s unexpectedly assigned to escort Penelope to the summit meeting, he balks at babysitting a prissy ambassador. But after a terrorist bombing, a crash landing on a hostile planet, and a growing attraction to his protectee, Operation: PIA may become his most impossible assignment yet.

Excerpt
“Ten years have passed. Penelope is different now,” Carter said.
Brock doubted that. “Does she know about me?”
“That you’re a cyborg? Of course not. She hasn’t been told anything about the program or even that you’re the one who’s been assigned to her.”
“Yeah, spring it on her. That will go over well.” He could envision the tantrum, and, after she calmed down, the scheme she would devise to circumvent the decision. The last time he’d seen her, she’d been emerging from his quarters half-dressed, a triumphant smile tilting her lips. Shortly thereafter, two fellow agents had come to arrest him.
President Aaron had exonerated him, the transcripts from the investigation had been sealed, and he’d been offered reassignment. Instead, he’d taken a position with an anti-terrorist investigative organization. His unit got attacked; his fellow operatives had died. Carter, who’d been working with Cy-Ops all along, had swooped in and saved his ass.
“I’m not saying I’ll do it, but, hypothetically, if I had a computer meltdown and agreed, what would be my cover story? I couldn’t tag along as her bodyguard because that would unsettle the Xenians.”
Carter poured another shot of Cerinian brandy and downed it. He met Brock’s gaze dead-on. “You’d accompany Ambassador Aaron as her husband.”
“Oh, hell no!”

Stranded With The Cyborg is available at:

Love that excerpt, Cara! One last question.Where can readers find you?

On my blog and Facebook. I also recommend readers sign up for my author newsletter. That’s the best place to get info about new releases, contests, and freebies.

Thanks so much, Cara, for being here today and sharing Stranded With The Cyborg with us. Best wishes!

Last Thursday was a gorgeous fall day. Temperate weather, shining sun, and a nice breeze. Perfect for a big event in a small town. Each September, Saranac, Michigan (pop. 1325) puts on an annual event called Girls’ Night Out. Vendors from all over converge on this village, located between Lansing and Grand Rapids on the Grand River, the longest river in Michigan. (A fun fact I didn’t realize until I researched for this post.)

This was my third year participating in Girls’ Night Out. The Saranac Library invited authors from around the state to participate in a book signing. What fun it was to see such interesting and diverse books—children’s, Young Adult, paranormal, science fiction, mysteries (cozies and thrillers), romance, non-fiction—and to meet new authors and chat with those I know.

The best part of Girls’ Night Out is meeting the people. Many really got into the Hawaiian luau theme this year by wearing Hawaiian shirts and everyone wore leis. Two ladies even wore “grass” skirts. They all seem to be having a great time, as evidenced by the chatting and laughter as they roamed the library checking out our books. A gentleman from the Detroit-area garnered a lot of attention with his large photo of Prague and his biography of his family’s escape from communist Czechoslovakia (now the Czech Republic).

I sat next to Maris Soule, whom I’ve known for over twenty years. I had as much fun telling passersby about her latest thriller, A Killer Past, as I did talking about my own books. Readers would stop by, excited that she had copies of her newest books. Each year, one lady comes to buy my sci-fi romances for her daughter, who gives her a list of the ones she doesn’t have. I’m thrilled that she enjoys my books so much.

The librarians are so gracious. They set up tables for us, advertise the signing, and since the event runs from 4pm until 8pm, they even feed us! Plus they buy our books for the library. Each September, I look forward to Girls’ Night Out and the wonderful ladies at the Saranac Public Library.

On another note, the newest edition of Novel Notes, the newsletter from authors Alicia Dean, Kathy L. Wheeler, Leah St. James, and me, is out. This monthly newsletter comes to your inbox chockful of articles, book reviews, new releases, and a chance to win a $25 gift card. If you’d like to receive Novel Notes, sign up at https://www.facebook.com/NovelNotesAuthors?ref=aymt_homepage_panel