I met Robyn Bachar on the Fantasy, Futuristic, & Paranormal RWA online chapter. She graciously invited me to visit her blog in August. Now I get to return the favor.

Welcome, Robyn. Tell us about yourself.

Space. All right! Let's get down to the nitty-gritty. How long does it take you to write a book? In other words, how long to readers have to wait for another Robyn Bachar book?

Thanks to many years of participating in National Novel Writing Month I can finish a first draft in about a month, but my inner editor will pick at the story for months afterward. Some of my books have gone from idea to published in less than a year, while others needed a few years to cook.

I've heard great things from people who've participated in NaNoWriMo. Where do you get your information or ideas for your books?

Many of my books start off in a dream, with a single scene or even a line. Patience, the heroine in Fire in the Blood, announced her arrival in a single, “Army of Darkness”-inspired declaration: “Good? Bad? I’m the girl with the demon.” The idea for Nightfall, the first Cy’ren Rising book, came with the image of a badly wounded rebel stumbling through the doorway of a woman’s shop. Who was he? How did he get hurt? What was he running from? As I answered those questions the rebel became Dack, and the shop owner became Talena.

OMG, my stories start out the same way!  How many books have you written? Which is your favorite?

I’ve published ten books, and it’s hard to pick a favorite. I love things about each book, each series. Morningstar is my favorite of the Cy’ren Rising books, because I love writing Bryn. She’s a bit Ellen Ripley, a bit Zoe Wash, and a bit Imperator Furiosa.

Cool. I just saw Mad Max Fury Road, so I know who Furiosa is! Bryn sounds like a real kick-butt heroine--my fav.

I learned not to read reviews. ;-) Or more specifically, I learned to accept that not everyone will love my books, and that’s okay.

Oh, Robyn. That is so true. If I was a first time reader of your books, which one would you recommend I start with?

That is so cool that you write different heat levels, appealing to a wide audience. What do you like to do when you're not writing?

I’m always reading something, and I’m diligent about updating my Goodreads list so that’s the best place to see what I’m reading now. I’m also addicted to video games. I used to be a PC gamer but now I mainly play console games. I LOVE BioWare games. I’ve played through Dragon Age: Origins over two dozen times and never get tired of it.

What two authors would we find you reading?

I can’t pick just two, but I’ll try to stick to sci-fi romance. Of course I adore Linnea Sinclair, and I’m also a fan of Cathy Pegau, Sheryl Nantus, and Chandra Ryan.

Some of my favorite authors, too. Tell us about your latest release. 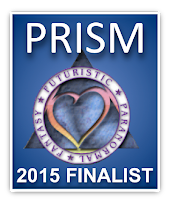 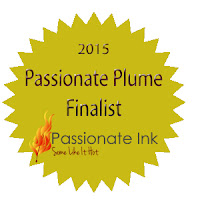 Book Blurb:
Desire is an addiction that could destroy them all.

Lieutenant Commander Jace Harrow is the second son of House Morningstar—the spare, not the heir. Armored with an arrogant mask, Jace keeps the world at arm’s length to protect those around him from becoming targets for his bloodthirsty brother.

Lieutenant Bryn Viera was a shadow sword and a decorated officer, dedicated to protecting her people. But for the past five years she has lived as a slave and has the scars to prove it. Bryn vowed to escape or die trying—until she met Sabine.

Born into slavery, Sabine never expected to fall in love. Her feelings for Bryn sparked her desire for a new life, but now Sabine is in phase, consumed by the need to mate with a male. Her dream of freedom with Bryn is on the brink of destruction, for to deny the phase means death.

Thrown together by the unforgiving demands of the phase, they must unite to save Cyprena’s people from a deadly new bioweapon—or be destroyed by the scars of their pasts.﻿

Lieutenant Viera stood in the center of the armory, calmly checking the edge of her blade. A trickle of blood went ignored as it slid down the side of her neck from a scratch at her throat. The enticing scents of blood and phase pheromones mixed in the air and Jace growled low. How was he supposed to fight when he couldn’t think straight?

“Ready?” Bryn set her stance and raised her blade.

Jace drew his sword. “What are your victory conditions?”

“You yield or I knock you unconscious. Or I kill you, though I’d rather not. I don’t think Captain Hawke would appreciate that.”

“So you have a problem with women in authority?”

“No.” Jace slowly circled right, and she moved left, matching him step for step. “I have a problem with authority.”

He lunged, and she parried and came at him. His eyes widened as she rained a flurry of blows that drove him back—she was strong and damn fast. That must have been where Soth went wrong. Soth probably assumed he could overpower her, and she struck at him with the speed of a viper. Thankfully Jace was also fast, and he defended himself before going on an offensive of his own. He had to be fast to compete among his brethren, as the other shadow swords tended to be broader and burlier, like Soth. Most of them were born to fight for their house, but Jace had been born to lead it.

One last question, Robyn. Where can readers find you?

Dogs are good! We're currently dog-less. If I need a doggie fix, I go to my daugher's who has three!