·
Today, I’m very happy to have author Diana Layne here with us.

Welcome, Diana. Please tell us about yourself. 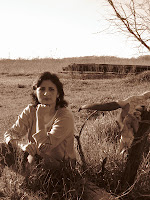 Not much to tell. I’m a small town Texas girl; some might even call me a redneck although I gave up riding horses and wearing cowboy boots years ago. (Both times I married big city boys-still trying to figure that one out)

I am an only child and only grandchild who hated not having siblings or cousins so I had six kids of my own-finally someone to play with! It took me two families to get the six kids, the first four are grown and I have two small grandchildren from son #2 and his wife, while my youngest two are 8 and 10. Another interesting tidbit-I’ve always homeschooled. Some ask why? Mainly because I like doing things my own way and rigid school schedules are not for me.

Writing has always been part of entertaining myself, given I grew up before cable TV, DVD’s, Netflix and computers and without siblings or cousins. I just didn’t realize I could publish until I was much, much older. I thought you had to be super smart, college-educated, wealthy, beautiful, and of course, thin. Then, I saw an article in RT Book Reviews (at the time it was called Romantic Times) about RWA and I had a glimmer of hope. Maybe one day I could sell a book and become published. And at last, I am!
How long does it take you to write a book?

It has varied-from five years to six weeks. Of course the one that took five years was 177,500 words, lol. The one that took six weeks was less than 30,000 words. That one sold-Pirate’s Proposal, published with The Wild Rose Press and part of the Tales of the Scrimshaw Doll series. The behemoth did not sell; although I am in the process of rewriting it-it’s a Native American romance and I’m hoping the Native American romance market is set for a comeback.

My work schedule varies too. Usually I spend days and days coming up with my “sentences”, some scene cards, and characters. Then, usually because I’m always scared to start a new book (what if I can’t do it again?) I make a goal of a page a day. I might do that for a month and then when the story takes over; I become OCD and do little else until I finish the book. (which is why my kids have to learn to cook and wash clothes; otherwise they’d starve and run out of clean clothes during this period. LOL, just kidding, but not much…)

Another interesting tidbit-I write by hand. At least at the beginning of a new story-sometimes by the end, the words are coming too fast for me to keep up and I have to switch to the computer.

Given there’s so much killing and violence in my books, I don’t know. In real life, I’m actually quite passive and mild-mannered. I think my imagination is simply warped. . .

Sleep. Seriously. As obsessed as I get, I can go days with little sleep so I usually crash. After that I have to catch up on housecleaning, laundry, shopping, kids’ lessons, and get everything organized again before I start the next story. Sometimes it takes a while to make that jump again because I need everything “just perfect” before I start again. A bad habit, I know. I’m working on it.

I’ve written nine books. Two will never see the light of day and with computer upgrades, I don’t even have copies of them anymore. That’s okay, I learned from writing them. The others have been published or are in the process of rewrites and will be published.

Action, conflict and emotion-that’s what entertains me and that’s what I go for when I write.

Currently, their love story has the working title Red-Hot Italian and is a novella, but it’s definitely a stand-alone story. I hope to release it by the end of the year.

And if I might add a couple of things about my books that are already published: In addition of some great reviews, The Good Daughter is an RT Book Reviews http://bit.ly/TN4CXG 2012 nominee for best indie/self-pub contemporary of the year. Currently it is on sale for 99 cents until December 1.

And the sequel to The Good Daughter, my Golden Heart® nominee story Trust No One is on sale for the holidays as well.

All the information about my books, where to buy them, and how to follow me on social networks can be found on my website http://www.dianalayne.com/

Thanks for having me, it’s been fun!

It's been my pleasure.


Do you reread books? My “keeper” shelf is for just that reason and it is so loaded. There are books that I have to keep. A story will grab me the first time and I’m so reluctant to let it go that sometimes I’ll reread the book right away. I can get so engrossed in the action, so impatient to find out what happens that I tend to miss things. Or the ending (usually in mysteries and suspense) is such a surprise that I have to start over to find the clues.

Why do we read a book we’ve already read when we have hundreds of books on our To Be Read pile? (I don’t know about you, but my TBR pile is so high it's toppling over.) I mean, we know the ending. So what is it that makes a book so compelling?

Is it the story itself? A fascinating take on an old theme. A twist to a plot we’ve seen hundreds of times. A unique point of view. Or is it the characters? Characters so well written that they become “real”. Perhaps that’s one of the reasons sequels do well. We don’t want to let go of those characters and must find out what happens next in their lives.

Or is the reason we reread books something illusive? A combination of so many things—plot, characters, setting, atmosphere, humor, pathos, whatever—it’s hard to distinguish the elements that make that book too good to leave alone.

Now for a twist. Have you ever reread a story years later and wondered what you ever saw in it?

Next week, I will be blogging early to celebrate the launch of my latest book The Pilot. Come on back here next Sunday, December 2nd to read an excerpt from The Pilot and check out the stops along the “The Pilot Launch Tour” route.

Congratulations to Sue S. who won the $10 Amazon Gift Card.


Winners of the Grand Prizes can be found at: http://carrieannbloghops.blogspot.com/ 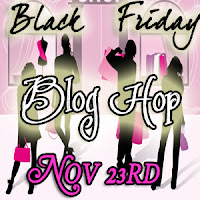 Today is the busiest shopping day of the year. The day when brick-and-mortar retailers make most of their money. So, am I out shopping? Hah. I hate shopping. Even worse than shopping, I hate crowds. And today there aren’t just crowds. The Mongol Horde isn’t half as scary as the shoppers descending on retailers today. Those bargain hunters could give Attila the Hun himself lessons in pillaging.

My hat's off to those brave enough to venture out at midnight last night or to those who camped out for a week at Best Buy. I just hope you didn’t get trampled by the marauders who left the concepts of fair play and waiting one’s turn at home.

As for me, I’ll sit here in my tryptothan stupor induced by yesterday’s delicious turkey, dressing (especially, the dressing) and gravy dinner. I have to admit the best part was I didn’t even have to cook. Thanks, Sis. Now, I’m going to indulge myself in my favorite occupation--reading a good book.

How are you spending today?

Looking for something to read? Here’s a little taste of Switched, Too.

It’s Scott Cherella’s first day pretending to be his twin as commander of a starship. In this scene, he depends on an alien, who is enamored with American entertainment, to help him through the complexities of his first meal.

“I will eat here.” Scott selected a corner table, away from those that were occupied. Once they were seated, he nodded to his companion. “You may order for us.”
Drakus looked flabbergasted. “But, sir, I do not know what you wish to eat.”
“Surprise me.”
Drakus shook his head then pressed a small square pad flush with the tabletop. “Two hot selerias and Mid-Day Repast for the captain.”
Scott settled back in his chair. “Playing it safe, Drakus?”
Moments later, a robot server rolled between the tables, a tray clutched in its metal appendages. The robot set cups of steaming liquid in front of them then departed.
Scott picked up the mug and sniffed the dark green depths. Fragrant, gingery maybe. He took a sip.
“Captain,” Drakus began hesitantly. “I have noticed your speech is peppered with American slang. I mean no disrespect, but you didn’t act or look this different before you went to Earth. May I ask why you decided to come out of the closet?”

Switched, Too available digitally and in print at Amazon and Barnes & Noble For other digital formats go to Smashwords

The Black Friday Hop is ONE DAY only. Today, November 23rd. There are over 200 giveaways on each blog hosted by that Author or Blogger.

I’m giving away a $10 Amazon e-Gift Card to a lucky commenter who leaves an email address. For more chances to win, enter in the Rafflecopter giveaway.

To continue on the Hop go to http://carrieannbloghops.blogspot.com/ for more links and to qualify for the THREE grand prizes. There are over 200 participants in the Black Friday Blog Hop. You can go to EACH blog and comment with your email address and be entered to win. Yep, you can enter over 200 times! So, be sure to leave a comment! And don't forget to leave your email address.


Now what are those Grand Prizes?

Thanks for stopping by! Don't forget to leave a comment with your email address.