My guest today is author Michele Stegman. Michele was here in March and shared stories of her passion for crafts, as well as books. Most memorable for me was the picture of the beautiful circular shawl she made from wool she spun on tiny drop spindles. Michele is back with more stories and a new book.


Please welcome back this very talented lady who claims to be 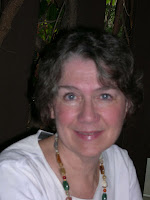 I have always enjoyed being just a little different. Not weird, just different enough to elicit that, “Oh, wow!” response of appreciation. For instance, when my husband, Ron, and I bought a piece of property and wanted to build a house, we didn’t want “just a house.” We wanted something unusual. We finally bought, moved, and rebuilt an 1840’s log cabin.
I also have a lot of hobbies, some of which fit right in with our antique house and decor. I have a spinning wheel and a couple of looms, which I use. And I make my own soap and bake everything from scratch. I knit socks with yarn I have spun. My daughter calls the place Pioneer Village.
But I am also a sucker for new technology. My husband calls my iPad my “boyfriend” because I spend so much time with it. I also spend time trolling the aisles of Best Buy asking questions about what’s new.
Art has always been a love of mine and I enjoy painting with water colors and acrylics, as well as creating cards with my many rubber stamps. Playing the piano is also something I enjoy and feel privileged to be our church pianist--even though I only hold that position because they are desperate. :)
With my writing, I am trying new things and want my writing to stand out because it is different. Again, not weird, but different enough that people think, “Oh, wow!” and want to buy my next book.
For instance, my short story, A PIRATE’S TALE, has a very different point of view. Normally, in romances, you are in the head of the hero or heroine. Maybe, in a longer book, the villain or secondary character might have a brief point of view. In A PIRATE’S TALE, the whole story is told from the point of view of a minor character. This might not work in a novel, but for a short story, I think it works quite well. I hope you give it a read and let me know what you think!
CONQUEST OF THE HEART is my upcoming book. Again, I wanted to be different. This is a “Conquest” book. You know, a book set during the Norman conquest of England. Normally, a Conquest story is about one of William’s knights who is landless because he’s a bastard. He comes conquering and the heroine marries him to protect her people. I wrote down every cliché I could think of in these books and turned them around. My hero is a Saxon, one of the conquered, not a Norman. He is not a big, brash, never-defeated-in-battle, bulging with muscle kind of guy. As the third son, he was studying for the priesthood. He has to learn all this macho stuff really fast when his brothers die. He’s also a virgin. And he ends up having to marry a Norman woman in order to keep his land and protect his people. As you might guess, there are a lot of humorous situations in the book so I call it, “a light-hearted romp through the Dark Ages.”
Diane wanted to know how I come up with my ideas. For me, it’s different with each book. Sometimes, like CONQUEST OF THE HEART, I work it all out. For MR. RIGHT’S BABY, I didn’t have to work on it at all. I was driving along not thinking about anything in particular, and suddenly, the whole story popped into my head. I’m not kidding you. It was just there.
For A PIRATE’S TALE, I was just lying down to go to sleep wondering what I could write about next, when this pirate began telling me his story. I was intrigued! But I was also tired and asked him if he could please wait until morning when I was at the computer to tell me the story. The next morning I sat down with fingers poised and he told me this tale which I transcribed for him.
Diane: I loved A PIRATE’S TALE. It reads exactly as you describe it—the pirate telling the story.
FORTUNE’S FOE was a book I had to work for. I love pirate books, but usually, the Spanish are the bad guys in those books. I decided (me, being different again!) to write a historical romance with a Spaniard as the hero. Believe me, it took a lot of finagling to make it work, but history helped out by fitting right in with the story I came up with. Which is something that seems to happen to me a lot. I don’t research ahead of time, but write and research as I go.  In FORTUNE’S SON, I needed a pirate to capture the hero’s ship, The Fortune, just before the pirate gets captured himself. I found a real pirate in the right place, the right year, and even the right month to capture the ship. But he was pretty famous. It was probably a matter of record just which ship he captured last. So I looked it up. Would you believe the last ship Stede Bonnet actually captured was a ship called The Fortune?
To see some of my art and to read excerpts from my books, you can go to my website at: www.michelestegman.com
Thank you, Diane, for asking me to guest blog with you!
My pleasure. Readers, be sure to check out Michele's art. Just gorgeous. Here are other places where you can find Michele:
Twitter: @michelestegman
Facebook: MicheleStegman

And here's a little glimpse into Michele's books.

Short description
He wants to marry her for all the wrong reasons. If she finds out what they are, she just might walk away forever...

Extended description
He wants to find his child. Carly was put up for adoption without his knowledge or consent, and Adrian Wright is determined to get her back. What he doesn’t count on is an unexpected attraction for her now widowed, adoptive mother, Katie Simmons. But Adrian worries that the attraction he feels is more for his daughter than for Katie. Even more worrisome is how Katie will react when she finds out that the man who has been courting her is her daughter’s natural father. Will she think he only wants to marry her to get his daughter without a lengthy court battle?

Short description
Historical Romance set in 1740 In the midst of a raging war, Mariette Fortune is torn between saving the life of her brother or the enemy Spaniard she has come to love.

Extended description
Mariette Fortune knows her brother will die if she doesn’t rescue him--especially if the Spanish discover they hold captive the son of the infamous privateer, Sean Fortune. But she didn’t count on falling in love with the man whose life depends on keeping the English prisoners from escaping. Now she had to choose between them.

Alejandro de Silva knows there is more to the lovely Mestiza woman he has hired to keep his house...more than she will admit. Regardless, he cannot help falling in love with her. But he never dreams she is an English spy and that her presence in Spanish St. Augustine will put both their lives in deadly peril.

Short description:
A short story of betrayal and revenge.
In 1720 along the Cornwall coast the captain has come back for vengeance—and for Bess. He was forced into piracy when he was framed for smuggling. Now pardoned, he has returned to confront his enemy and force a confession from him. And then there’s Bess--she's been living with his enemy.
A PIRATE'S TALE is available at Amazon ~ Barnes & Noble ~ Smashwords

Michele, I'm so glad you came back. I hope you'll come back when CONQUEST OF THE HEART is out. Now, who writes about Norman conquests? Different but not weird. LOL