Movies and the Oscars 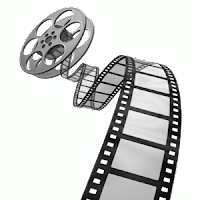 Do you enjoy movies? If you're a regular reader, you know that I do. IMDB (Internet Movie DataBase) is my friend. I’ll be watching a movie and see a familiar face. Immediately, I want to know who s/he is and what movie or TV show I know them from. I love the ease with which I can find the information. That aside, I enjoy movies.

When I was growing up, we saw lots of movies on television. I saw few movies at the theater. When I did, it was a real treat. We did go to the drive-in. Dad would pile us all in the station wagon with bags of popcorn we made at home. No running to the concession stand for us. We brought our own refreshments. 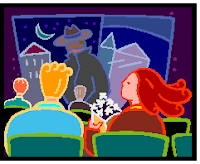 Fortunately, I married a guy who enjoys movies, too. He introduced me to James Bond and I introduced him to The Lord of the Rings. I fell in love with action adventure. I can’t say the same for him with fantasy. Even so, he indulges me by sitting through The Hunger Games and Divergent series, and I watched Mad Max. One movie genre we both enjoy is science fiction. Together, we eagerly awaited the seventh Star Wars movie plus all the Star Trek movies.

So last night, we watched the Oscars. Sorry to say, a lot of the movies nominated were unfamiliar. And many movies we did see weren’t even nominated. Oh, well .

We get a phenomenal amount of enjoyment from a couple of hours in a darkened theater with a shared box of popcorn and a soft drink. Or at home in our living room. Gotta have that bowl of popcorn.

I know a book lasts longer. I love it when a book I’ve enjoyed is turned into a movie. I’m always skeptical that the movie won’t live up to the book. Most don’t disappoint.

I hope you enjoyed the Oscars. Did you see any of the nominated movies? What about the winners?

HIS PLANET. HIS RULES… Trapped by Alison Aimes is an action-packed, smoldering sci-fi romance that takes you to the brink of oblivion on a planet where only the strong survive….When Bella West crash lands on prison planet Dragath25, the only thing standing between her and a mass of brutal criminals is one of their own, a ruthless loner known only as 673. But what starts out as a desperate trade based on protection and raw lust soon blossoms into a scorching need that will push them both to the edge.

A tale of unbridled desire, stunning sacrifice, and unwavering love, Trapped is the first book in The Condemned Series.  It is available for pre-order now.

SYNOPSIS:
Cadet Bella West has one simple objective when she joins the scientific mission to Dragath25, the notorious prison planet housing Earth’s condemned. Earn the credits necessary to save her family from starvation. But when her shuttle crashes and the majority of her crew perish, her simple mission becomes complicated fast. Now, to stay alive she’ll have to depend on one of Dragath’s own. But such protection doesn’t come free.
Convicted of a crime he didn’t commit, 673 has become more beast than man after eight grueling years on an unforgiving, hazardous planet of dirt and rock—and even more treacherous inhabitants. He doesn’t look out for anyone but himself and he certainly never grows attached. So when the bold female offers him pleasure in return for protection, he takes the deal without hesitation. He never expects how her touch will alter him. Or the growing realization that saving her may be the key to his own salvation.
But as dangers mount and their ‘simple’ deal unravels will he prove to be her surprise savior or her ultimate downfall? Because caring for someone on Dragath25 may prove the greatest hazard of all.

Book One in the Condemned Series, Trapped has a HEA ending and can be read as a stand alone.

“Come.” He held out a calloused palm.
She swallowed hard, her stare raking from his scowling face to his wide chest and muscular thighs. Payment had already come due.
“No.” Davies grabbed Bella’s arm, glaring at the mud man. “This isn’t right. Take me instead.”
His scowl deepened.
“It’s okay.” Bella hurriedly slid her hand into his. Davies offer was unbelievably brave, but Bella would never allow it. Her colleague was Council—and injured. She’d never survive this. Plus, the idea of a deal had been Bella’s from the start. And she couldn’t regret it. Not when they were all still alive.
His skin was rough—and surprisingly warm.
A shiver slid down her spine. So much so that it took her a second to realize he’d gone perfectly still. His gaze locked on their intertwined palms. Something that looked a lot like wonder etched in the hard planes of his face.
Her gaze skittered to Davies’. Her colleague looked equally confused.
It hit Bella then. Human contact. He was reacting to the sensation of touch. Cherishing something as simple as the heat of her palm against his.
A wave of sympathy rippled through her. This man might be a criminal, but he was also a living being. One who had clearly been alone for a very long time.
On instinct, she interlaced her fingers with his, pressing their hands closer.
He shuddered, his eyes sinking shut, his face tilting upward, the way a person might delight in the sun on his face after a hard, dark winter. Her chest went tight.
After a lifetime of being just one more mouth to feed, one more body that had to be clothed and housed using Earth’s ever dwindling resources, the feeling of mattering to someone was unfamiliar—and nice.
“It’s okay.” It was the same words she’d said before, but this time she meant it. “We‘re on your side….F—friends.”
His eyes flared open, his grip tightening, more possessive now than cherishing. All hints of vulnerability wiped away. “I’m not looking for a friend.”

Alison Aimes is the award-winning author of the sexy sci fi Condemned series and the contemporary romance Billionaire's Revenge series.
A PhD graduate in Modern History, she's always had a love for dramatic stories and great books. Now, she's moving across eras to create sexy stories full of intrigue, action, and passion, but always with a happy ending.
She lives in Maryland with her husband, two kids, and her dog. When not in front of the computer, she can be found hanging with family and friends, hiking, trying to turn herself into a pretzel through yoga, listening to TED talks about pretty much anything, but especially space, or, last but not least, sitting on her couch imagining her characters' next great adventures.