Do you tell stories? Family stories?

In ancient days, people sat around campfires telling stories. They tried to explain their universe—why the sun and rose and set, how the earth was made, why it rained and why it didn't. Consider the myths of the Greeks, Romans, Norse, Aztecs, the biblical stories. The ancient ones told stories of their ancestors, not just where they came from but their great feats. Each generation built on the stories they had heard.

How many of our children, grandchildren know our family history?

In 1977, a television miniseries captivated Americans and spurred many to discover their own "Roots". Genealogy became a popular pastime. After years of trying to be like everybody else—think, America the Melting Pot—people reveled in their distinctiveness. Even today, the popularity of shows like "Who Do You Think You Are?" and PBS's "Faces of America" demonstrate our need to discover where we came from. 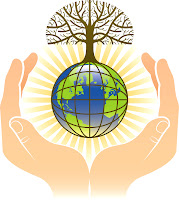 Through the Internet and sites like Ancestry.com, it has become much easier to trace our lineage. From census records, city directories, military records, we can learn facts about where our ancestors lived and worked. While all that is good, it doesn't give a complete picture.

As I mentioned in last week's post, while de-cluttering I found letters my mother had written while we lived apart and discovered not just "facts" about family doings I also discovered a sense of "her"—what she chose to write about and how she described events. Same with my father-in-law's letters where his droll sense of humor shone forth.

Back in the late seventies, my husband and I decided to learn more about our own families. We went to libraries and scrolled through reels of microfilm, visited courthouses and sifted through land and probate records, sent away for military service records. But the best thing we did was ask our parents questions about their childhood, the early years of their marriage, etc. Even better, I wrote down their stories.
Like a lot of hobbies, my interest in genealogical research waned as I hit dead end after dead end. Oh, sure, I traced certain lines back many generations while others ended after two. My husband continued his search on and off, more "on" now that he is retired. An unexpected by-product of researching our families was an interest in history. Questions like why did they leave their home land, why then? what drove them to start a new life in a strange land? And that led to more questions, which led to more research.

While still in de-cluttering mode, I came across my research into my family's history and that spurred me to organize it better and to utilize the on-line resources now available. It will take time to coordinate what I already know with sources I didn't know existed (or had access to) thirty years ago. But more important than finding the facts are the family stories. In all that research, I found my notes—both the original handwritten notes as well as my typed (yes, on a typewriter) transcriptions. I was so happy to reread letters from distant relatives who related stories about my grandparents. I'm especially glad I saved them because most of those people are no longer with us. From the stories my dad told about losing his job and being unable to find work during the Depression, I got insights into what made him the man he was. How I wish I'd taken the time to ask my grandparents more about their families. By the time I became interested, they were gone.

We all have (or had) relatives who seem to live in the past, retelling stories we've heard a hundred times or more. I wish I'd taken the time to record those stories.

Will our children or grandchildren wish the same after we're gone? Or, will we tell them our stories now? Better yet, will we leave a written history of our lives?