Introducing Cee Cee from Remembered By Moonlight by Nancy Gideon

My friend Nancy Gideon is here to celebrate the release of her latest in the By Moonlight series. Take it away, Nancy.


I’m excited to be back here on the creative rim with author pal Diane Burton.  She’s invited me to introduce my just released dark paranormal shape-shifter romance, REMEMBERED BY MOONLIGHT and its heroine, NOPD detective, Charlotte Caissie.  I’ll let Cee Cee and the book speak for themselves:

REMEMBERED BY MOONLIGHT
“By Moonlight” Book 9
By Nancy Gideon
October 13, 2014

Because the road to . . .
Clever, cool and preternaturally lethal, Max Savoie is leader of a secretive shape-shifter clan, heir to a mobster’s legacy, and the love of New Orleans’  top cop . . . but he can’t remember any of them.  The only way to recover his past, and his rightful place in the arms of the woman who risked all to save him, is to surrender to a mysterious visitor who could use him as a weapon against all he’d loved.
Happily-Ever-After . . .
After rescuing her mate from his ruthless captors in the North, hard-hitting Detective Charlotte Caissie is now painfully vulnerable—a stranger in his eyes . . . and in his bed.  The key to his memories is locked in a tortuous past.  To reclaim the strength of their passionate bond, Max must learn to trust her enough to face that darkness at her side before the threat it hides exposes the secret Cee Cee carries.
Is never smooth.
When an investigation into grisly deaths in an underground Shifter fight club points to more than just dangerous clan rivalries, Cee Cee enlists Max’s help to find a traitor in their midst while there’s still time to turn a deadly invading tide. But the cost of saving their treasured future may mean sacrificing his past. Especially when the enemy they pursue  . . . might be Max, himself.
“Every delicious word Nancy Gideon puts on the page exhilarates with a sensuous ferocity. Hopelessly addicted.” —Darynda Jones, NY Times Bestselling Author 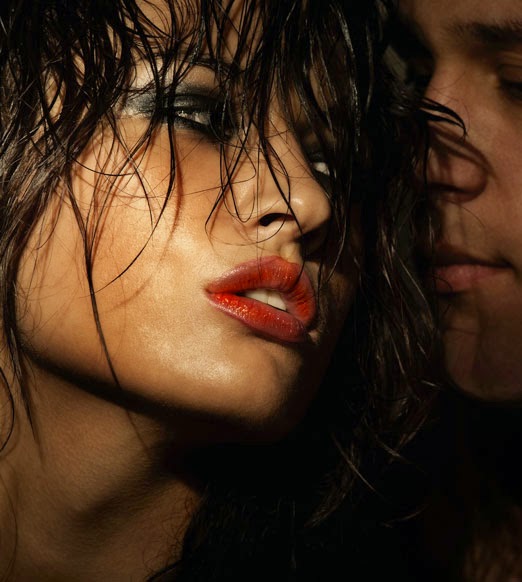 Please introduce yourself for those who haven’t met you in your author’s other books.

I’m a police detective with the NOPD here in New Orleans. That pretty much says everything about me. My boyfriend, Max Savoie, is the heir to a mobster’s fortune and leader of a clan of shape-shifters. My current partner is his right hand man. My former partner accuses me of dressing hooker chic, but I don’t let stiletto heels get in the way when it comes to chasing down a perp. I was about to share some very important news with Max, when he was abducted by his clan’s enemies in the North. We were able to rescue him, but whatever they’d done to him stole his memories. Recovering them so we can get back to the future we were planning is my main focus now.

Tell us about your family.

My father was a detective and my mother left us when I was a child. He was killed while we were eating our Sunday dinner shortly after I joined the force, and I made it my mission to convict his murderer. I only recently discovered the truth about why my mother left us and I’m still trying to process that.

How did your upbringing influence who you are today?

Besides practically growing up in the front seat of a police cruiser, when I wasn’t with my dad or at school, I was raised under the roof of St. Bartholomew’s where I met my BFF Mary Kate Malone.  I thought Father Michael Furness – or Father Mike – walked on sainted water – until I found out how wrong I was.

What was your first thought when you met Max Savoie?

The first time I saw Max, he was being led through our precinct in handcuffs. I knew who he was because of the whispers about Jimmy Legere’s spooky leg-breaker, but all I saw was a tall, lanky kid, probably all of twenty in a really nice suit and red tennis shoes. He had a stare that looked right through to the heart of me.  Gave me the creeps . . . and the feeling that we’d met before. Nonsense, I thought at the time.  But I had seen him, had met him. He saved my life. Only then he didn’t look like a man. He was the monster I thought lived just in my dreams.

Why did you fall for him?

He wore me down.  Every time I’d turn around, there he was on my heels, not saying anything, with that smug, irritating smile and unblinking stare, provoking, quirky, annoying as hell because of who he was, what he did, and who he did it for – the man I knew was responsible for my father’s murder. It wasn’t the fact that he saved my life a second time. It was the kiss afterwards that did it. His kiss rocked my world. They still do. 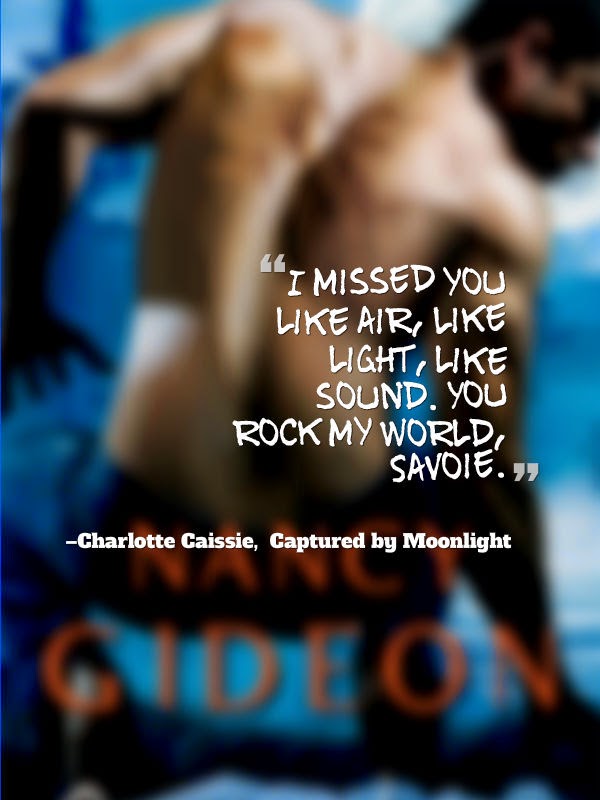 Why did you choose your occupation?

It’s what I knew, what I respected, what I always wanted to be.

What are your strengths? Weaknesses?

Once I believe in something, in someone, I’m 100% behind them.  I’ve discovered that can be a weakness, too.  I don’t like weakness.  I was vulnerable once.  Didn’t care for it. And I don’t like feeling helpless now.

What is the biggest hurdle you had to overcome?

Coming to terms with the very different worlds Max and I live in. He’s the exact opposite of everything I believe and swore to protect against. And he’s not even human.  That was kind of a big hurdle.

If your story was made into a movie, who would you want to play you?

How would you spend a free day?

Short excerpt from REMEMBERED BY MOONLIGHT

Had she expected it to be easy having him here so close and yet so agonizingly far away? Bad enough watching him in that antiseptic clinic cell, a prisoner of his own panicked madness, raving, raging, out of control. Worse was having him here in the lush, sexy surroundings he’d built for them to share, temptingly near yet impossible to reach.
A bargain made in heartbreak hell.
Though she might be tortured by cherished memories, he was not. She was nothing to him but a protective port in his emotional storm. And that knowledge was driven home like a stake through the heart every time they were together. Every time he stared at her through those cool green eyes without the slightest flicker of response. Every time he took that distancing step back to evade the casual graze of her hand. Every time he lay next to her in the night and silence created a force field of discomfort.
Tripping over him every minute of the damned day only emphasized how much she wanted, needed him back.
And underlined how far away he was.

Praise from Publisher’s Weekly for the “By Moonlight” series:
“A paranormal romance series with intriguing characters and zippy action . . . Gideon masters the tension required to keep her complex and engaging story moving.” (Starred Review)

Remembered By Moonlight is available at:

Nancy Gideon is the award winning author of over 55 romances ranging from historical, regency and series contemporary suspense to paranormal, with a couple of horror screenplays tossed into the mix.  She works full time as a legal assistant in Southwestern Michigan, and when not at the keyboard, feeds a Netflix addiction along with all things fur, fin and fowl. She’s also written under the pen names Dana Ransom, Rosalyn West and Lauren Giddings.
Website, Blog  Facebook Twitter Pintrest Goodreads Goodreads “Nancy Gideon by Moonlight” group Amazon