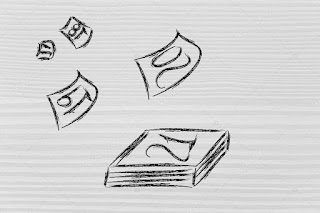 Is it just me or are the days flying? We're already beginning the fourth week in January. And a very productive three weeks it's been. As I wrote in my Insecure Writers' Support Group post on January 3rd, my goal for 2018 is to release three full-length novels: a brand new Alex O'Hara mystery (the 4th and as yet untitled), The Spy: An Outer Rim Novel (a science fiction romance), and Unpredictable Nature (a romantic suspense)--the last two had been started but never completed.

As you can see by the little progress widgets (on the right), I've made quite a bit of progress on the Alex O'Hara PI mystery. My intent had been to start with Unpredictable Nature, since it was the farthest along, but the words just flowed for the mystery. In fact, I didn't want to stop. That is such a good feeling. Like when a runner hits her stride. (I have to guess on the feeling, since I've never been a runner.) Then, my free-lance editor offered a bargain (a deal I couldn't refuse). To take advantage, I selected the romantic suspense, again because it was the closest to being done.

The funny thing about the romantic suspense is that I began that story in 2003. In those days, I saved my work on 3.25 floppy discs. Remember those? Well, that was two desktop computers and three laptops ago. That was the first (and only) story I've ever written out of order. Normally, I write from beginning to end. Not this one. I wrote scenes as they hit me. Never again! Trying to make sense of where the scenes went took a chunk out of last week. But--ta da--I think I found everything and put them in some semblance of order. Now comes the "fun" part. Revising and editing, making transitions, filling in the holes. And . . . adding 32,000 words (about 64 single-spaced pages). That's all. LOL 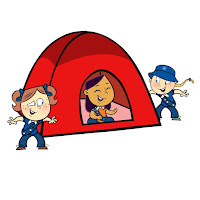 The idea for Unpredictable Nature started with a Girl Scout camping trip. I never enjoyed camping, probably because I don't have good memories of family camping trips we took when I was a young teen. Dad thought it would be great fun to drive north past the Soo (Sault Ste. Marie, Michigan) into the wilds of Canada. We tent camped along a deserted lake--sleeping bags, cookstove, the whole shebang. Talk about primitive. In fact, before we could enter the wilderness, Dad had to sign in with the rangers (I assume). Twenty-some years later, I was a Girl Scout leader and had to take my troop camping. Despite my aversion to camping (I really hate bugs and dirt), I learned the basics and ended up enjoying many outdoor experiences. At least, we had pit toilets (outhouses) and cots in platform tents.

So I thought wouldn't it be fun to write a story about a man who hates the outdoors (except for golf courses and swimming pools) and has to help chaperone his daughter's camping trip. Even worse, primitive camping. I knew exactly how he felt when he learned he had to "go" in the bushes. "What do you mean no toilets?"

One the homefront: the twins are growing like crazy. Both boys have gained three pounds in three months. Daughter-in-law went back to work after the new year, and we've been helping out by babysitting once a week. I'm not sure how DIL keeps up. You get one baby fed, and the other is demanding his turn. One sleeps, and the other is awake. It's constant. I thought because my two were a year apart it was like having twins. No way! Nothing is like having twins. After a day of taking care of the twins and Toddler Girl, I need a nap. A Rip Van Winkle nap. Almost. 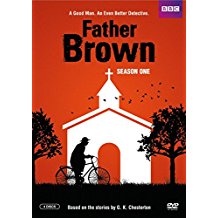 We're trying out Netflix. After a few years of Amazon Prime, I'm ready to switch. It was so disappointing to find shows/movies I wanted to watch only to find out that they're available but at a cost. So, we'll see how Netflix goes. I've already binge-watched Father Brown (love that show) and just discovered Shetland, a Scottish detective series set in the Shetland Islands. I'm fascinated by the scenery and, of course, the twists and surprises in solving mysteries. I consider it research. LOL

That's it for this Monday. I hope you have a great week. Tomorrow, I'll be on Connie Bretes' blog sharing a funny incident.