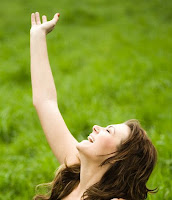 Well, that's a no-brainer. Different is good. It means we're distinctive, special. Last week, I mentioned that Eileen Dreyer was our speaker at Mid-Michigan RWA's Retreat from Harsh Reality. This very talented, best-selling author brought to her workshop the research she did into how men's and women's brains are different. In light of the upcoming holiday celebrating mothers, I thought this topic was worth musing on this Monday morning. I hope you do, too.

According to Eileen's research, the roles of men and women developed out of necessity millennia ago. Men hunted, women protected the nest. Men were physically stronger so they had the strength and stamina to stalk and take down animals to provide food for the clan. It made sense that someone had to stay behind and protect the campsite. The women. Don't get me wrong here. I'm not saying that because this was the case for centuries it should be the case today. I'm came of age in the sixties. Women's lib and equal rights are still my theme song. Just because we've always done things one way doesn't mean we have to keep doing them—especially if there's a better way. But that's a topic for another post. And please bear in mind as with any generalization there are always exceptions.

Today, I started musing on the way women protect the nest. I grew up in the days when women worked until they got married or they went straight from their father's home to their husband's. (Note how sexist that sounds today.) After marriage, they stayed home to raise the children. The television shows of the era like "Father Knows Best" (think about that title), "Leave it to Beaver", and "The Donna Reed Show" demonstrated the role women were expected to play. What those programs didn't show was all the work women did to protect that nest. They hunted, too, only at the grocery store. Except for the time my mom—the city girl who grew up in St. Louis—shot a pheasant that was eating our corn. She not only protected the campsite from winged invaders, she provided food for the table. Yay, Mom.

Men seem hard-wired to see the "big picture" while women sweat the details. (Perhaps that's why men need help finding the butter in the refrigerator.) While that seems to indicate a subservient role for women, think about it. Would anything get done if someone didn't take care of the details? The title Project Manager comes to mind.

Women are the nurturers. Hand a guy a baby for the first time and he holds it out at arm's length. When a woman holds a baby, she cuddles it to her breast. Instinct? Think about teachers and nurses, traditional "women's" careers. Nurturing roles. Since the sixties, halleluiah, women have choices. And to be fair, so do men. But then they always did. I remember something attributed to Ginger Rogers about her doing everything Fred Astaire did only backwards and in high heels. Hasn't that always been true for women? And not just while dancing.

A woman hears differently than a man. I don't mean the selective hearing men adopt when they're watching sports or don't want to discuss a topic. I always hear noises especially during the night. I have to wake up my husband and say "Did you hear that?" and he goes "Huh?" When my children were babies, I always heard them at night. Not just their crying but any of the variety of noises babies make. Mind you, this was before baby monitors. My husband claimed that when we were sleeping he heard the phone (he was on call 24/7) and never heard the babies while I heard the babies and didn't hear the phone. Hah. I heard both. He slept soundly when the kids were out on dates. I didn't until I heard them come in. I don't think I got a good night's sleep until they left for college. Talk about protecting the nest.

Another way women are different is that we form communities. It made sense long ago that the nest protectors worked together to ensure no harm came to the camp while the men were out hunting. Women quickly discovered that many hands make the work light. We're stronger together than we are separately. Where do women congregate during parties and family get-togethers? In the kitchen, helping the hostess or keeping her company. Through bonding with other women, we tend to be the tradition keepers. As I've mentioned before, tradition is important in my family. Bridal and baby showers come to mind. Whenever we host a shower, we invite not just the aunts and adult female cousins but all the little girls in the family as well. It's a way for them to learn by observance and gives them the knowledge so that they can carry on traditions. A new tradition is developing, not just in my family, to include the prospective grooms and fathers. While it's nice that they're part of the celebration, not many guys get the fun/silly games we play that are part of showers. In my family, the guys tend to hang out in another room watching football/baseball/basketball (their form of bonding) until it's time to eat and open gifts. Whatever, it's the women who bring this all about. The organizers, the tradition keepers and tradition makers.

Eileen Dreyer's talk, "His Brain/Her Brain", helped those of us who attended Retreat be aware of the differences between how men and women think so that we can be better writers. Unless we only write in the woman's point of view, we need to be more aware that men think differently. Then, when we write in his point of view, our work is more realistic. If you're interested, Eileen includes the slides from her presentation on her website. What her talk also did for many of us was to explain why men are the way they are and why they do some exasperating things. To borrow a line from the movie True Lies and twist it:  Men. Can't live with 'em. Can't kill 'em.

Women are different. Women are special. Next Sunday, celebrate the great women in your life. The nurturers, nest protectors, tradition keepers. Where would we be without them?