Since I was a guest on Leanne Tyler's blog on Monday, it was only fair that I return the favor. Leanne graciously let me grill, I mean, interview her today.


Welcome, Leanne. Please tell us about yourself. 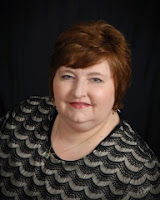 I’m a single mother of a teenage son. I work full-time and write whenever I can find the time. I was first published in 2007 by The Wild Rose Press when my novella, Victory’s Gate won the American Rose category in the Through the Garden Gate contest. In 2009 Through the Garden Gate anthology was released and then in 2011 a novella It’s Always Been You and a novel Season of Love was released. My biggest year of publishing so far has been 2012. I saw four different stories published, a short story (A Country Kitchen Christmas), two novels (The Good Luck Charm and The Good Luck Spell), and a novella (Ava). Because of Rebecca and The Good Luck Potion along with the audio version of Ava have been released so far in 2013.

Well I guess this is a great year for you! It sounds like you’ve had great success writing for The Wild Rose Press. Recently, I sold a romantic suspense to them and I’m in the middle of edits. I hope my experience with them is as great as yours.

So, when did you first realize you wanted to be a writer?

I realized I wanted to be a writer when I was thirteen and I tried to write my first young adult love story. I had just started reading YA romances and modeled my story after those. I completed that story when I was in seventh grade and began another one when I started high school. I had friends who read my writing and even a few of the males in my class who knew I was writing would ask to read the stories as well. I finished four YAs by the time I graduated high school, but none have been published. It wasn’t until I was in college that I took my first creative writing course. By then I had started several adult manuscripts but had never finished one of those because I kept writing and rewriting as I learned on my own from reading adult romances.

Considering that, how long does it take you to write a book . . . and finish it?

This depends on my characters. Sometimes I can write a story in six weeks if my characters are telling the story and I let everything else go and just write. (This is hard to do since I work full-time.) And other times it can take months, especially if I feel I am stuck and not sure how to get from point A to point B.

Oh, definitely been there, done that. What is your work schedule like when you're writing?

I try to write every morning when I’m fresh and I can focus on my characters better.

Morning is best for me, too, for the same reasons. Where do you get your information or ideas for your books?

This comes from anything. A picture. A song. A name.

I like to play computer games on Facebook. Sometimes it is just nice to not think and let my mind relax. I also like to watch online films and programs via Netflix. I have found some great series that I overlooked. That’s how I found Downton Abbey. Now I watch it weekly on PBS each season.

My mom has started reading since she began reading my books. She is retired and she has read over a dozen books in the last year. She is also a great source of PR for me telling anyone she meets about my books. My son likes the royalty checks I get so he is all the time telling me to go write. (In other words, leave me alone.) He also brags to his teachers that I am a published author.

How great that you have such support. You’ve told us about some of your books, but how many have you written? Which is your favorite?

This month I have published my tenth story. My favorite? Do I have to choose one? Oh gosh… I really fell in love with Alex and Sue in The Good Luck Potion. But I loved all three characters in Ava. Because of Rebecca is a book from the heart. It took many years to write because I worked on it in stages and I grew as a writer through that process.

That question is really unfair, isn’t it? LOL Sort of like asking which is your favorite child. Tell us about your latest book.

The Good Luck Potion is my latest book. It is a contemporary romantic comedy. Like the other two books in The Good Luck Series it has an element of paranormal to it because of the gris-gris (good luck charm) that the heroine is given to wear and the small vial of a potion the hero is given to carry in the story.

Here is a blurb and an excerpt for this story:

How much trouble can a little bottle and a good luck charm get you into?

Sue Charles is having second thoughts after accepting a good luck charm from Lucinda, a mysterious Cajun acquaintance who insists the amulet will reveal Sue's true love. Every indication is that the charm has singled out Alex Jones as Sue's soul mate, but how's a girl to know for sure? Can the gris-gris really work its magic for her or is she simply fooling herself?

After spending three years in Alaska, Alex Jones returns to Tennessee eager to settle back into his old ways. But when he meets Sue Charles, his previous bachelor days no longer seem all that appealing. He'd love to build a new life around a relationship with Sue, but he's worried about the consequences when things move too fast too soon. After all, his godmother did give him a good luck potion to carry around. What if his feelings are just a result of the Cajun woman’s mumbo jumbo?

The Good Luck Potion is available at http://amzn.com/B00CLC73ZA

Because I love the covers of Leanne's other books, I want to share them.

One last question, Leanne. Where can readers find you?

Thanks for being here today, Leanne, and sharing so much about yourself and your books.