Saturday Sampler - A Year With Geno by Annette Drake 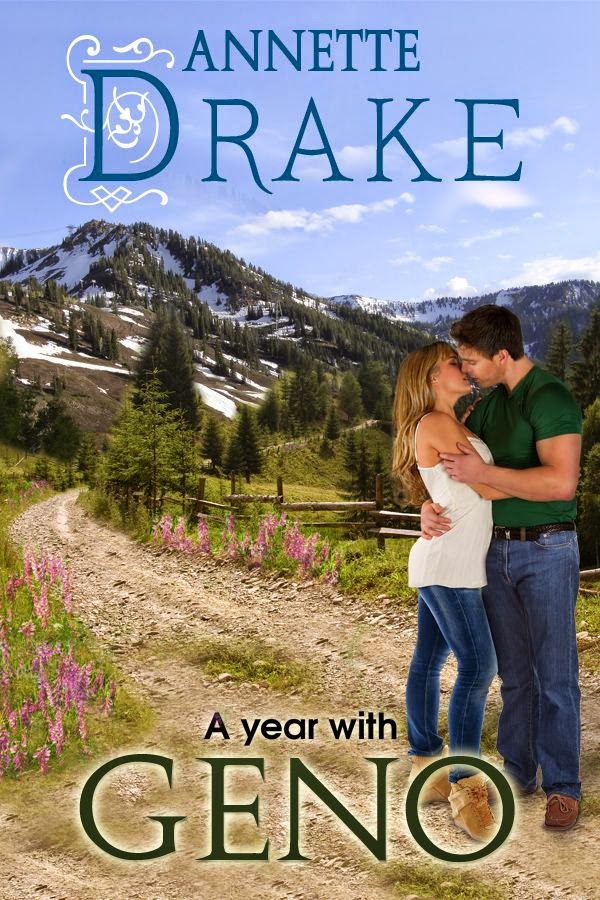 Single-mom Caroline Taylor wants nothing more than to make a home for her two young sons in Eagle River, Alaska. The only problem: an eviction notice.
When the perfect rental falls through again, she and her boys move in with Air Force sergeant Geno D’Antoni and his two teenage sons. It’s only for a year, so she can polish her credit rating and save a down payment to buy a home. It’s a perfect plan.
Or not. When Geno stands up to Caroline’s bully of an ex-husband, he retaliates by suing for full custody. Then Geno’s ex-wife, spurned by her fiancé, moves back in. She wants Caroline out. Now.
The tiny spark of passion between Caroline and Geno sputters and dies. Or does it? Maybe they had no chance with the chaos from their pasts eclipsing their future. So why does Caroline rush home to share all the details of her day with him? Why does she haunt Geno’s dreams? And when exactly does your best friend become your future?
One thing’s for sure: it’s gonna be a heck of a year!
Excerpt:


After her shift ended, she picked Charlie and Bobby up from school, and they drove to the address. The sun was setting, but there was just enough light for Caroline to make out the house. The driveway hadn’t been plowed, so she parked her car on the street.
She tried to hide her disappointment from her boys. Discarded hubcaps, tires and a broken chair were heaped on the front porch. The front door looked as though only the frost held it in place. A car on blocks occupied most of the driveway.
Leaving the motor running, she told the boys to stay inside where it was warm, and she climbed out to go peek in the windows. She stepped lightly on the hard-packed snow. Climbing the three steps to the front porch, she saw no lights on in the house, but she knocked on the front door anyway. When she did, a hound bayed at the house next door.
When she peered through the dirty windows, any sliver of optimism died. Caroline saw overflowing black trash bags, a pile of clothes and more broken furniture in the living room. One of the ceiling panels hung at a precarious angle.
“Wow. What a dump,” she said aloud.
“Can I help you?” a tall, dark-haired man asked.
Caroline screamed. “Oh, my God! You scared me!”
“I’m sorry. I’m sorry. I didn’t mean to startle you.”
“Well, you did!” she yelled at him. Her rapid breathing made plumes of vapor in the cold air. “Didn’t your mother ever teach you not to sneak up on people?”
“I’m sorry. I’m leery when people stop at this house, with all the trouble we’ve had from these neighbors. I’m sorry.”
He extended his hand, and Caroline looked into his brown eyes. She saw his apology was sincere. She thought she was tall at two inches shy of 6 feet, but he towered above her.
“I’m Geno D’Antoni. I live in the house next door. I heard my dog barking, and I was afraid these folks came back.”
“Caroline Taylor,” she said, shaking his hand. “I was considering leasing this house, but it looks so run down.”
“It is run down. So, they’re trying to rent it now, huh? I think the city might have a problem with that, considering how clogged-up the septic tank is.”
Geno stepped off the porch to the bottom of the short stairwell. Caroline turned her back on the house and slowly stepped off the cluttered porch, her hands extended as though to balance herself on the slippery wood. She reached for the wrought iron banister but it was shakier than she was.
“Can I help you?” he asked, offering his hand.
“No, I made it up here, I can make it down.”
She stepped onto the top step, and her right foot shot out from under her. She fell down the steps and landed on top of Geno, knocking them both into the snow.
“Oof!” he cried.
Caroline stood up as quickly as she could. “I’m so sorry. Let me help you up.”
She reached for him, and he gave her his hand. She helped to pull him up.
“Oh my God, you’re heavy,” she said, starting to laugh.
“You’re not exactly a petite flower yourself, missy.”
“I’m so sorry,” she mumbled before she doubled up with laughter. Finally, she stood and said, “I’m sorry. I’m just having the worst week.”
“It’s okay. Is there anything I can do?” he asked.
“No. No, but thanks for the warning about the house.”
She turned and faced the sagging front porch. “I’m an optimist by nature, but not even I could find much to be hopeful about with this place, especially if the septic tank isn’t up to code.”
“That’s just one of many problems. The last tenants tore this house up pretty good. You can do better. Are you sure you’re okay?”
“I’m fine. Thank you.”
He walked to her car and opened her door.
“Is it nice inside, Mom?” Charlie asked.
“Does it have a fireplace?” Bobby asked.
“I’ll tell you guys all about it,” she said, climbing into the car. “Thanks, again,” she said to Geno, looking up into his brown eyes. He shut her door. Driving away, Caroline glanced in her rearview mirror. She saw Geno wave as she drove away. 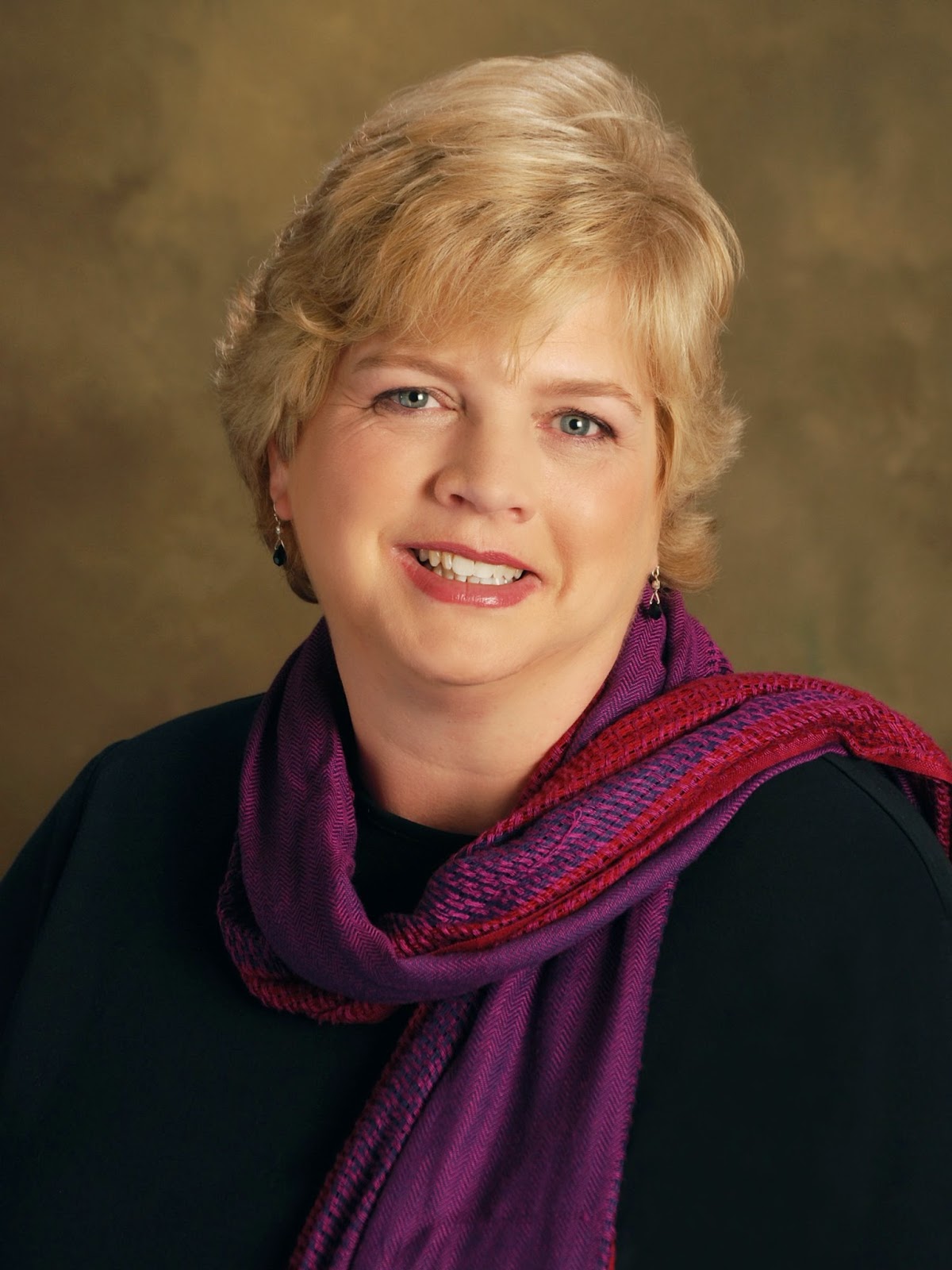 
Annette Drake is a multi-genre author whose work is character-driven and celebrates the law of unintended consequences.
A Year with Geno, her contemporary romance set in Eagle River, Alaska, was released on summer solstice, June 21st.
Annette’s second novel, Bone Girl, premiered in March from Baskethound Books and is available in ebook, print and audiobook. Her debut novel, Celebration House, was published last August by Tirgearr Publishing.
Now, Annette turns her attention to regaining her sanity and writing the two sequels to Celebration House. Both books are slated for publication in 2015.
She left high school after two years to obtain her GED and attend Truman State University in Kirksville, Missouri, where she earned a degree in journalism. Annette worked as a reporter and editor for newspapers in Missouri and Kansas from 1987 to 1993. After earning a bachelor of science in nursing in 1994, she worked in hospitals in Missouri, Alaska and Washington before returning her focus to writing.
Annette makes her home in Spokane, Washington. A member of the Inland Northwest Writers Guild and Spokane Authors & Self Publishers, she loves libraries, basset hounds and bakeries. She does not camp. Much.

She loves to hear from writers. Please email her at: Write2me@AnnetteDrake.com.

Email ThisBlogThis!Share to TwitterShare to FacebookShare to Pinterest
Labels: A Year With Geno, Annette Drake, romance