For the past several years, the authors on The Roses of Prose blogsite have shared short stories with their readers. A holiday gift to the readers. I've been a member of this group for less than two years. A year ago while plans were made for last year's anthology, I quickly agreed even though I hadn't written a short story since high school. I write novels that I "force" myself to keep close to 400 hundred pages (100,000 words). How could I write anything as short as 7,000 words? I managed and "Christmas in Space" appeared last December in two installments.

This year I was better prepared. We all had a hand in deciding on a first line with which our stories would open. "She'd never seen a Santa suit used in quite that way." Thus was born THE SANTA SUIT CHRONICLES. My contribution--in three installments--is "The Santa Tradition."

My story began yesterday and concludes tomorrow. If you haven't already, hop on over to The Rose of Prose blog for my gift to you. 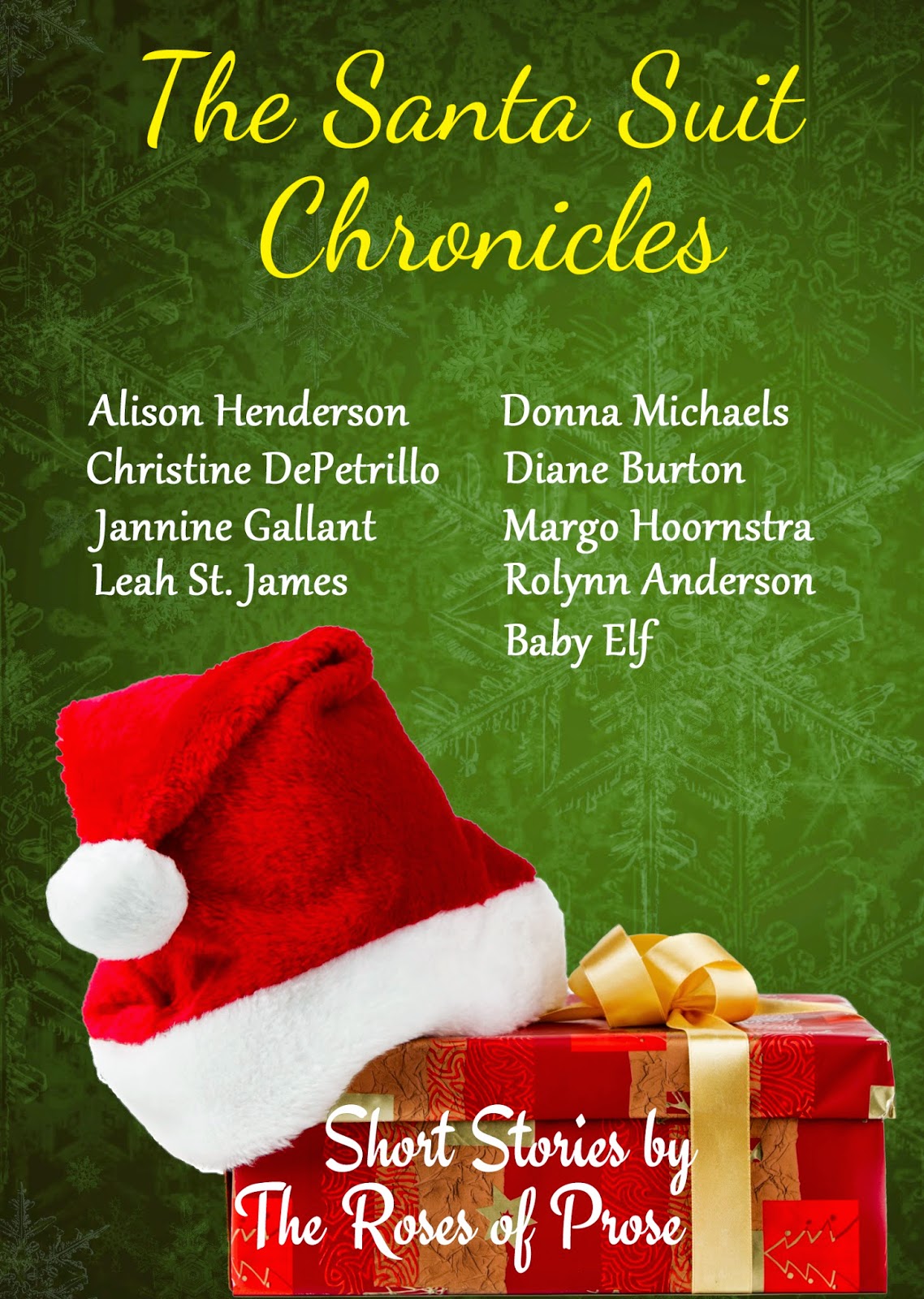