I’d like to present Alicia Dean and friends, sharing a fun new series.
Before we dive into their stories, the four ladies want to share a fun fact. Take it away, ladies.

Amanda McCabe: Weirdly, since I love history, I am not much into my own genealogy, but a cousin is, and found out we are somehow related to Catherine the Great of Russia.  I found that fascinating (since I love 18th century history).  Who are some of your famous relatives??

Alicia Dean: I am a huge, lifelong Elvis Presley fan, and I blog about him every Friday. Who is your celebrity crush?

Kathy L Wheeler: I am a show hog. And a karaoke freak!

Krysta Scott: I watch too much tv. At least that’s what my friends tell me. But there’s just so much that captures my attention. Some of my personal favorites include Vampire Diaries, Sherlock, Haven, and The Lottery (which got cancelled. Sigh!)

Now here's Alicia to tell you how this series came about.
Martini Club 4 – The 1920s
A few years ago, myself and three of my writer friends—Amanda McCabe, Kathy L Wheeler, and Krysta Scott—began meeting each Friday evening (unless something extremely important kept one of us away, and trust me, it had to be IMPORTANT) for Martinis and various other libations, at the Martini Lounge in Edmond, Oklahoma. In time, we came to dub our gathering the ‘Martini Club.’ We unwind, vent, chat about writing, laugh, and strengthen an already strong bond of friendship. It’s not only fun, it’s beneficial. As all writers know, no other friend besides a writer friend truly understands us. (We also have an honorary MC member, Cindy Sorenson. Although she is a writer, she declined to write one of the stories, but she has been invaluable as far as brainstorming and beta reading. So, what else could we do…we named a character after her in the series!)

During one of these gatherings, one of us, and I can’t remember who, made an offhand remark about writing stories centered around the Martini Club. The idea blossomed from there, and the ‘Martini Club 4’ series was born. We thought it would be fun to set our first MC4 stories in the 1920’s, but we intend to write more in other decades in the future. During the planning, plotting, and writing, we have had a few weekend retreats that were loads of fun, and some were even productive. J What a joy to do something that I love so much—writing—with a group of ladies that I love so much! 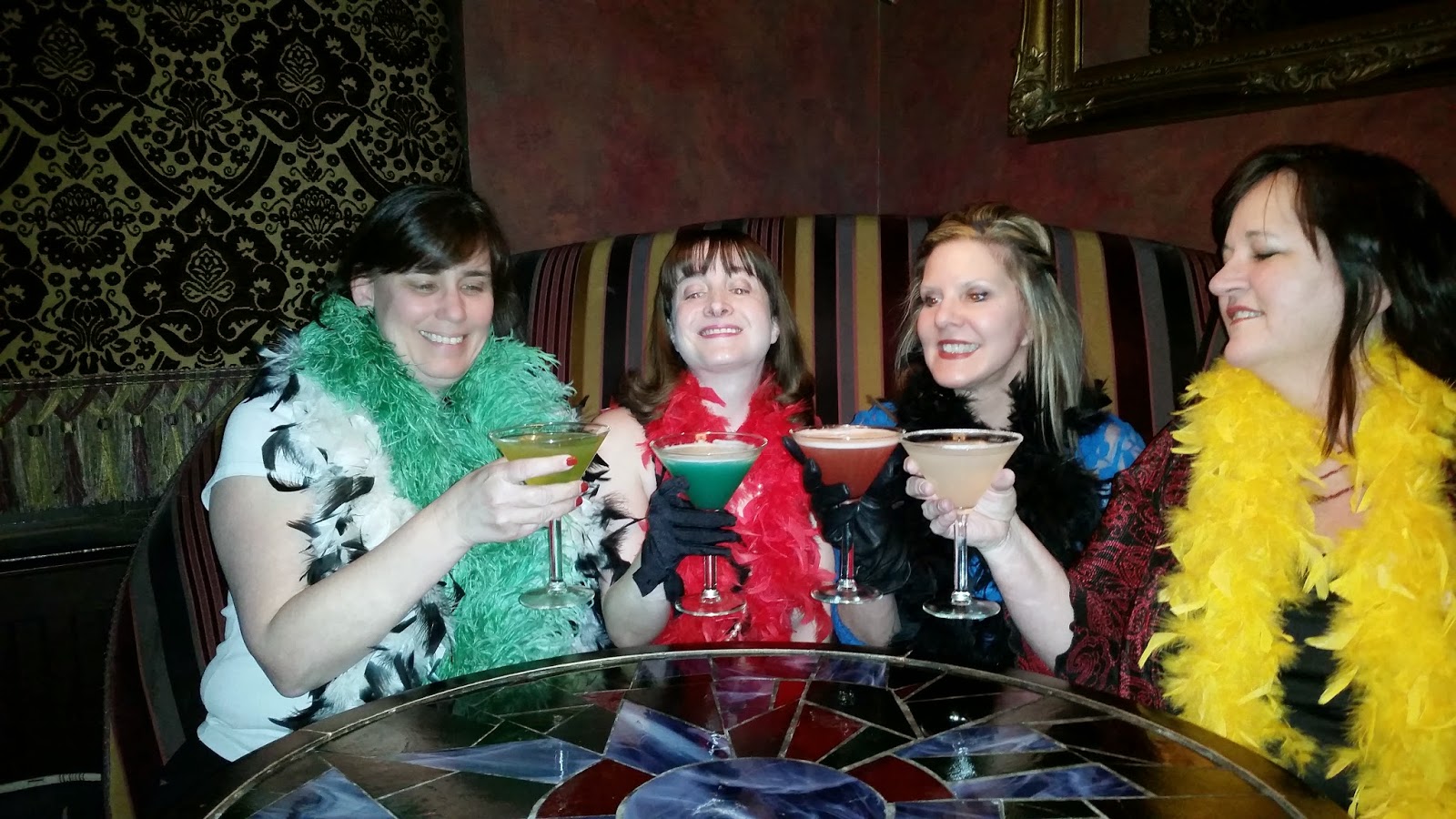 Without further ado, I’d like to present the four novellas in our Martini Club – The 1920’s series.

*** Release date is February 26, 2015 and the price at that time will be $2.99 each. If you pre-order, they are only 99 cents each! ***
Please check out and ‘like’ our Facebook page:
http://facebook.com/martiniclub4
The entire series can be found at this link on Amazon: 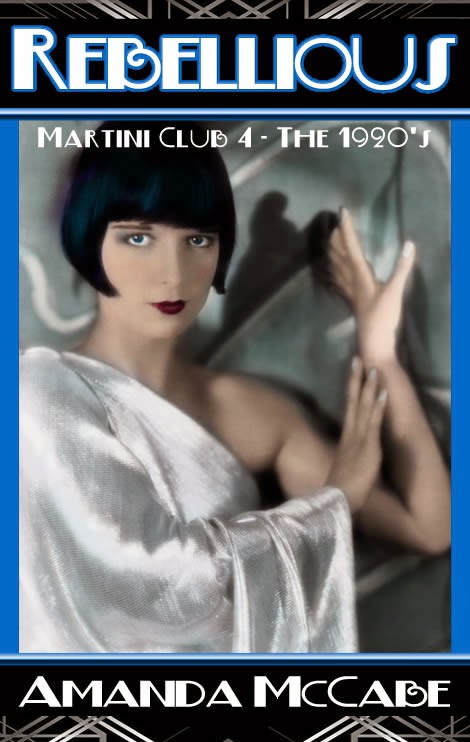 Blurb: Can an aristocratic lady melt the cold heart of a Russian gangster?

Lady Jessica Hatton fled her high-society London debutante life for one of investigative journalism in New York—only to be relegated to the fashion pages. Searching for a juicy story leads her to Club 501, the city's most glamorous speakeasy—and its handsome, mysterious owner, Frank Markov. But his past of war and revolution puts their hearts—and their lives—in danger...

She dashed away, not stopping until she was on a bus headed for her flat, away from the rarefied world of the Astors, and from the attractive enigma of Frank Markov.  The taste of his kiss lingered on her lips, and her nerves hummed with the excitement and danger of it all.  She had never been kissed at all before, not really! Fumblings in the shrubbery at Hatton Hall could never compare to the dark desires Frank awakened in her.  Was she ready for that yet?
She drifted as if in a dream up the stairs to the flat, and as soon as she opened the door, her orchid-like fantasy bubble popped at the sound of raw, terrified sobbing.
Jessica dropped her hat and bag on the floor and ran into the sitting room, panicked at what she might find.  Charli sat on their threadbare old sofa, her knees drawn up as she cried.  Her spectacles were discarded, and her face was streaked with tears.  She still wore her black silk gown and apron from work, and smelled of sweet scones.  Whenever she started baking a lot, it was a sure sign something was amiss.
“Charli, darling, whatever has happened?” Jessica cried.  She took her friend into her arms, and Charli sobbed against her shoulder.  The whole fantasy scene in Mrs. Astor's summerhouse seemed so very far away. 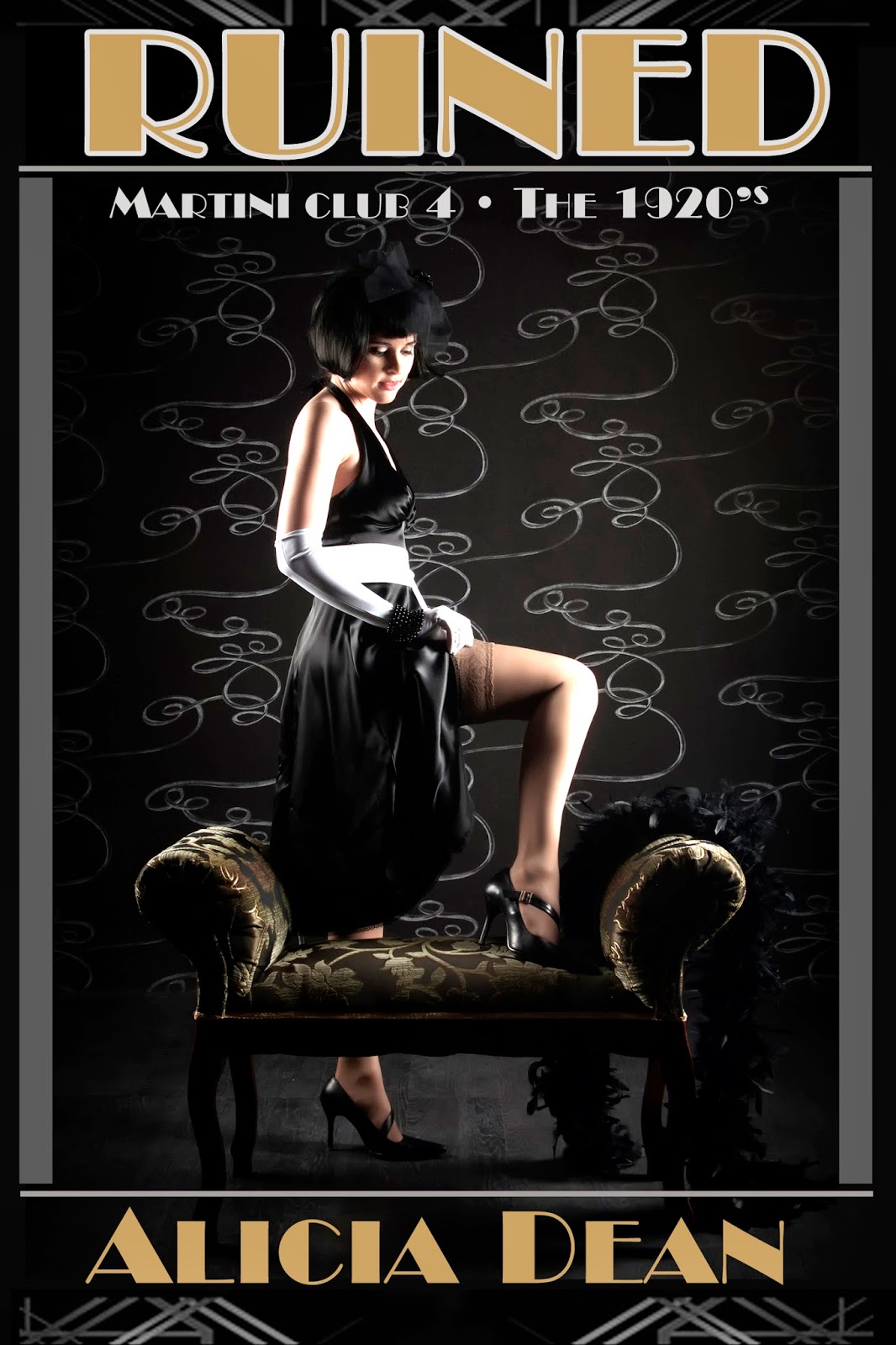 Blurb: She vowed she’d be no man’s doxy, but fate had other plans...

After the Earl of Goodwin attempts to force himself on her, housemaid Eliza Gilbert flees England for New York, hoping to build a better life. But the land of opportunity proves as harsh as the London docks, and she finds herself in a situation more dreadful than the one she escaped.

Former boxer, Vince “The Fist” Taggart dreams of marrying, having a family, and living a quiet, peaceful life. But when a girl he's known since childhood disappears, he heads to New York in search of her and meets Eliza, a woman with a less than honorable reputation. Inexplicably captivated, Vince can’t force himself to stay away, especially when he learns Eliza is the key to finding his missing friend.

Eliza scanned the crowd. Jess was supposed to come in, but so far, Eliza hadn’t seen her. She was feeling slightly abandoned. At least Oscar wasn’t present. Now that he was her employer, she could barely relax when he was at Club 501. She always felt she was on the clock.
Her gaze bounced over a man, then zeroed back. The bloke was looking directly at her. She caught her breath. He was leaning on the bar a few stools down, talking to Charli. He had this…magnetism, some kind of forceful presence that made it impossible to look away.
He was broad, muscular and dressed like a dock worker with brown suspenders over a yellow shirt and a newsboy cap over his dark blond hair, but what caught her attention right off was his smile. His white teeth flashed, and a dimple creased the right side of his face.
Charli moved away, and the man looked up and caught Eliza staring at him. His grin widened. His eyes were so blue—so electrifying, that Eliza could feel their allure even in the dimly lit, smoke bar. 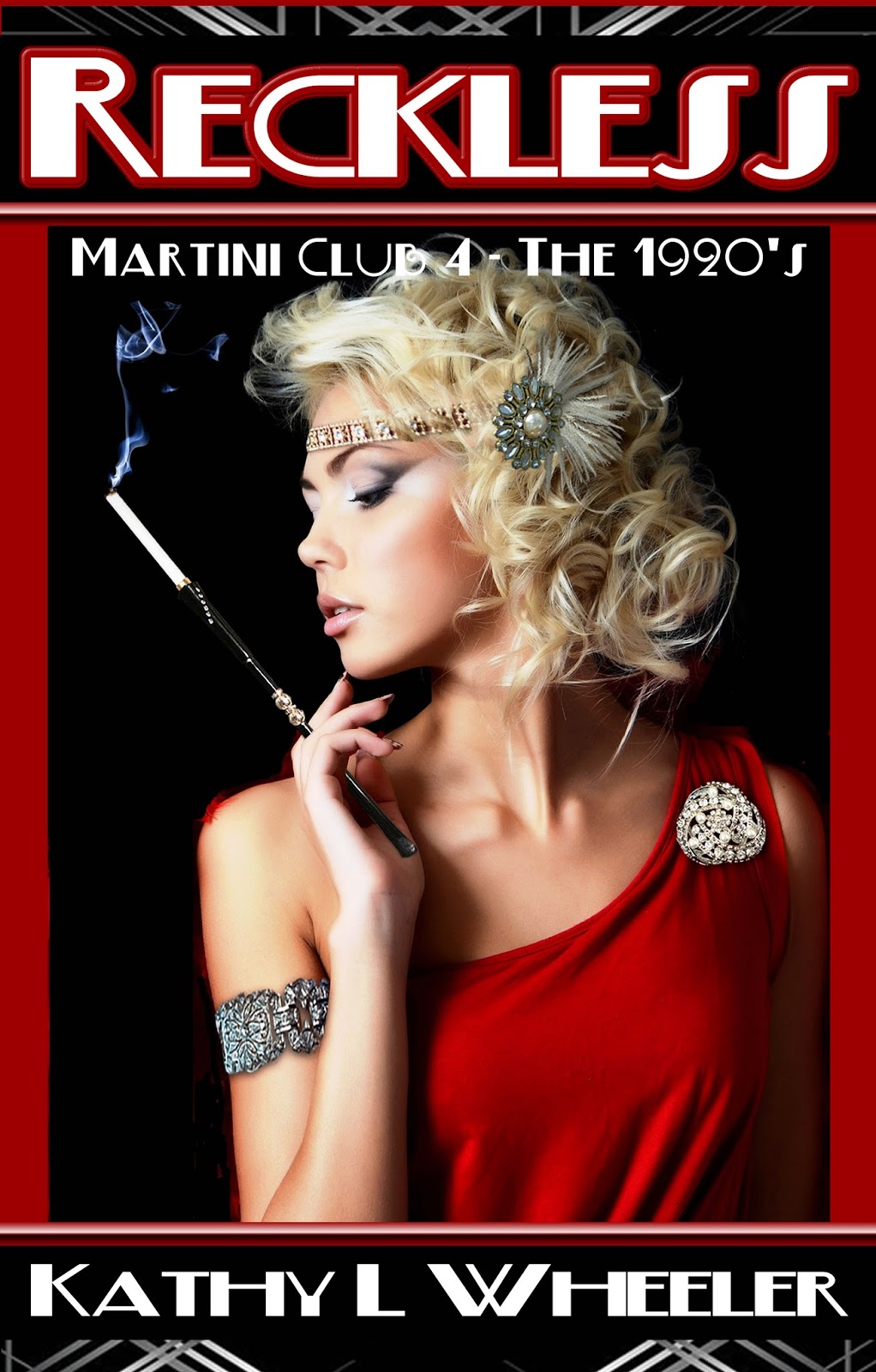 Singer Margaret (Meggie) Montley needs money…fast. Her friend is in a dire situation with nowhere to turn. While Meggie is on the brink of stardom, it’s not soon enough to save her friend.

Harry Dempsey is out to avenge the deaths of his father and brother at the hands of a ruthless gangster. But trouble spirals out of control when Meggie Montley shows up the night he meets his nemesis to settle the score. Saving the impetuous woman from a crime lord might be easier than saving her from her own reckless behavior.

Excerpt:  Lady Margaret Montley’s fingers went slack against Harry’s and he glanced over. Her forehead rested against the window pane, her chest rose and fell in a slow rhythm. He marveled at her ability to live in the moment. God, how he wished he shared such a gift, because sleep was a gift. One he’d embrace in his life.
Marvin must have realized the same. “Sid is an attractive fellow,” he piped up. “All those soft curls and full lips are enough to turn a man.”
“That’s enough, Marvin.” Harry’s voice had lowered to a growl that bellowed deep.
“You seem awful possessive of this Sid.” He chuckled. “Out cold, is she?”
Harry shook his head, refusing to answer. Harry couldn’t deny it. Meggie was his—for the moment, anyway. 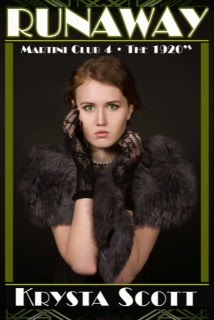 Blurb: Can she prove her innocence before more than her dreams are destroyed?

After escaping an arranged marriage, Lady Charlotte Leighton lands on a new shore, determined to realize her dream of opening her own bakery. But her plans are shattered when her former fiancé follows her to New York. Now, she finds herself in a fight for her freedom.

Haunted by a string of failures, Detective Felix Noble is determined to solve his latest case. But his efforts to find a murderer are jeopardized by a forbidden attraction to his number one suspect. While he’s certain Charlotte Leighton is keeping secrets, instinct tells him she’s not the murderess he first believed.

Excerpt: Detective Felix Noble slipped passed the two field officers blocking the entrance into a narrow alleyway. Even though it was four in the afternoon, the sun’s golden rays did nothing to illuminate the corridor. A strong gust of wind as cold as the dead body dumped at the end of the alley pressed against Felix’s back, urging him toward an investigation with flimsy evidence. No wonder they sent him. Another crime. Most likely another dead end. It was too much to hope he’d have enough evidence to solve this one. After the last two unsolved cases, the department was losing faith in him.
He picked his way through crumpled newsprint, discarded boxes, and a foul, unidentifiable ooze. The sour smell of yesterday’s garbage accompanied each breath. He jerked a handkerchief from his pocket, covered his nose, and managed to inhale as little as possible. He strolled to the far end where Redburn jotted notes on a small pad next to the lifeless form.