Random thoughts on the week that was.

A nasty virus can make you not care that you missed posting on Monday for the first time in four years.

You can be too sick to read.

You can sleep through TV shows you wanted to watch. The DVR is your friend.

Drinking LOTS of fluids means LOTS of trips to the bathroom.

Sharing the nasty virus with your spouse means you’re both too sick to go anywhere except the doctor’s and the pharmacy.

Soup, crackers, and tea can get boring. 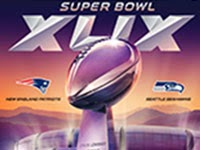 Super Bowl commercials aren’t as good as they used to be. None as good as little Darth Vader starting his dad’s car with the “Force.”

Best PSA: woman who calls 911 and orders a pizza; dispatcher smart enough to know she’s being abused and needs help.

Best Super Bowl moment: the look on Tom Brady’s face when he realized the Patriots won.

Worst Super Bowl moment: the fight that broke out at the end.

Best Monday Morning: waking up to sunshine after a winter storm.