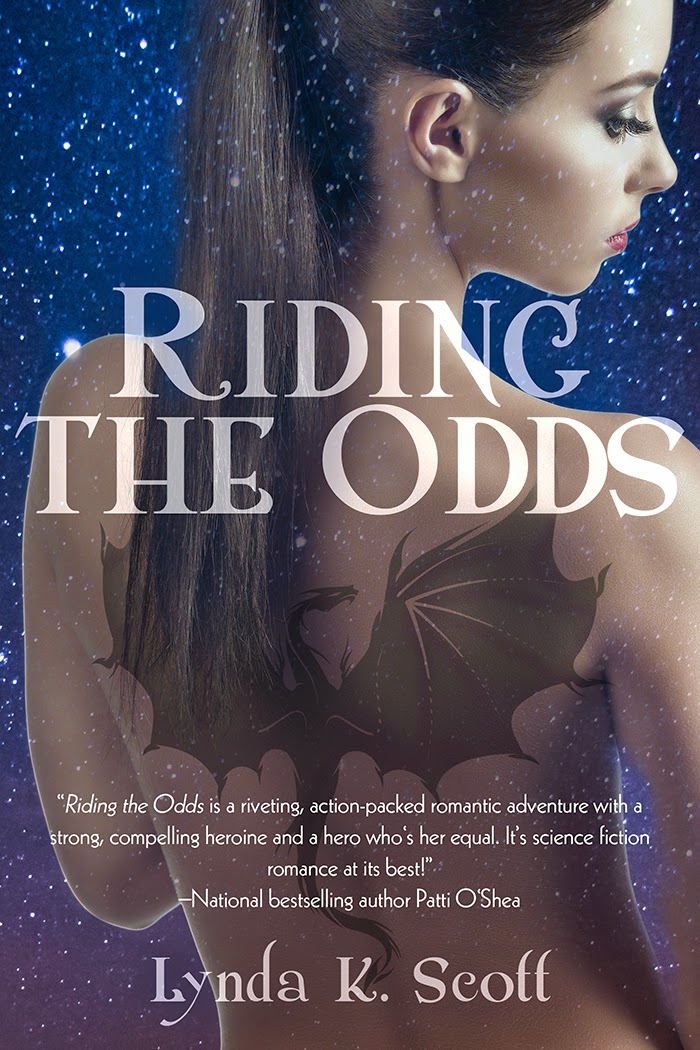 She thought her past was behind her.
She was wrong.

Spaceship captain Tara Rowan has her secrets. One is her Rider, Zie—an organic symbiote, like a living tattoo—that enhances Tara's physical abilities. But Zie is no ordinary Rider, and Tara can never risk anyone discovering Zie's true origins. Especially not the sexily dangerous stranger who appears out of nowhere and makes Tara's pulse race...

Except that “Trace Munroe” isn't exactly who he says he is. He's in fact a Holy Knight, who does everything by the book, and Tara is his only lead in tracking down a kidnapped princess. And Trace will do whatever it takes to get that information—including blackmail. But a blazing attraction to Tara is definitely complicating things...especially when Trace realizes that following his code of honor means destroying the woman he's falling for.

"There was never a dull moment." --Book Sniffers Anonymous http://booksniffersanonymous.com/?p=3907

"This was a fun and enjoyable read...I would love to read more books set in this world." --Lola's Reviews
"Would I recommend this book? Absolutely! For those who love romance novels, or even someone who is looking for something new to read. Riding the Odds isn't jammed back full of romance, there is a lot of mystery, action and interesting details" --Books Galore

The ending is beautiful & poignant (I cried) with the depth of love between Tara & Trace. -- Linda

News Alert from Lynda: I'll be participating in the Sci Fi Week release party for RIDING THE ODDS Feb 4 at 8 PM. We’ll have an Amazon Kindle Fire for a grand prize. The winner to be selected by a random drawing.  https://www.facebook.com/events/1398074173829518/?pnref=story

Heartstone
By Lynda K. Scott
Mundania Press
Science Fantasy Romance
Eric d'Ebrur is out of time. He must fine the legendary Heartstone and fulfill the ancient Gar'Ja bond he shares with the Stonebearer. But when he finds her, he discovers that love can be more dangerous than the Gawan threat. Eric can defeat the mind-controlling Gawan but will it cost him the woman he loves?
After terrifying episodes of hypersensitivity, Keriam Norton thinks she's losing her mind. When handsome shapeshifter Eric d'Ebrur saves her from the monstrous Gawan, she's sure of it. But insane or not, she'll find the Heartstone and, if she's lucky, a love to last a lifetime.
Available in print and ebook format
Buy Links: Mundania Press (use MP10 at checkout for 10% discount)
http://www.mundania.com/book.php?title=Heartstone
Amazon http://www.amazon.com/Heartstone-Lynda-K-Scott/dp/1606592335/ref=ntt_at_ep_dpt_3

Altered Destiny
Science Fantasy Romance
Available in ebook formats
Stranded on an alternate Earth, architect and Jill-of-all-trades, Liane Gautier-MacGregor must find her way back to her homeworld before she's enslaved...or falls in love with a man who is the exact duplicate of her ex-husband.

Devyn MacGregor's alter ego as the Reiver Lord is the only way he can fight the Qui'arel and their nefarious Bride Bounty, a tax paid with human females...until he meets the oddly familiar woman who claims he is her husband. And who sets in motion the rebellion that will either free his countrymen or destroy them.
Buy Links:
Amazon http://www.amazon.com/Altered-Destiny-ebook/dp/B00579FKFO/ref=sr_1_1?ie=UTF8&qid=1308920443&sr=8-1
Nook http://search.barnesandnoble.com/Altered-Destiny/Lynda-K-Scott/e/2940012882417