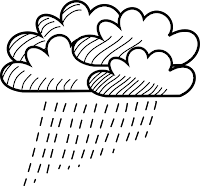 I imagine people in South Carolina are singing that old nursery rhyme. Scary times as the effects of Hurricane Joaquin hit the southeast this week. In Arizona and New Mexico, warnings are out about severe thunderstorms through Wednesday. Yet in California the drought continues.

Extreme weather conditions seem to dominate the news. More important is how the weather affects people. In Michigan, we’re far enough away from the east coast that we only get minor changes—cloudy, some rain. I can’t imagine having to evacuate because of a hurricane or wild fires. Losing my home would be devastating. Worse, losing a family member. While we don’t have hurricanes, wildfires, or earthquakes, Michigan isn’t exempt from severe weather. We get tornadoes. Little warning, barely enough to get to a place of safety like the basement or a closet.

What if we could control the weather? That’s the stuff of science fiction, right? In fact, in my sci-fi romance Switched, the weather is controlled on the planet Serenia. Farmers know when they’ll get rain, enough for their crops. The mountains do not pose a deterrent to rain, no deserts on Serenia. The weather is always temperate, no snow or ice storms, no droughts. Since science isn’t my forte, I don’t explain how scientists managed. I just assume they figured it out. It’s fiction.

Consider the advances in technology. In her 102 years on earth, my mother-in-law saw (or read about) the Orville Brothers’ first flight (three years before she was born) and a man walking on the moon. If you think about it, the advances in flight that took place over a period of sixty-six years are amazing.

What about communication? From Alexander Graham Bell’s first telephone call in 1876 to today’s cellular phones. Many people don’t even bother with landlines. They only have cell phones. And those phones do more than send/receive calls. They take pictures, access the internet, keep track of appointments, stream movies, control home security, and a variety of other things I haven’t figured out yet. (I haven’t figured out most of the aforementioned things, either.)

If science has advanced so far in a little over a hundred years, why couldn’t scientists figure out how to control weather? Maybe not in my lifetime. Possibly in my grandchildren’s. Imagine no droughts or floods, no tornadoes or hurricanes. Why not?

Until then, our thoughts and prayers go out to all those affected by the latest hurricane.