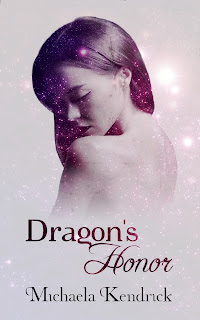 From high society banquets in the ice covered skyscrapers of New Arizona, to the most far-flung outposts at the edge of human-occupied space, everyone has heard of Ymir. The Alliance's reach is wide, and its soldiers are well trained, but there are always despots powerful enough to assert themselves, and Ymir has been one of the most notable failures of human history: a whole planet given over to a man known only as the Warlord.

Cade Williams was once a Dragon—the most elite fighting unit in known space. Precise, brutal, and unstoppable, they were a last resort in the lawless wastes of space colonization. But there was a price: in one horrific mission, Cade’s unit took down not only a slave trader, but an entire intergalactic carrier. Cade left and never looked back. Haunted by his past, he’s vowed never again to kill, never again to fight, and, filling jobs from dock worker to bartender, he’s managed to keep that vow. But Cade’s life is about to be turned upside down. Because when at last he runs out of options, his old friend Talon Rift appears out of nowhere. Talon, the man who ordered him to take down the carrier. Talon, who wants him to get back in the game. And when Cade won’t, Talon has a job opportunity he seems to know Cade can’t afford to pass up. Protect a woman. An innocent. Remarkably little chance of anything going wrong. And a man needs to eat.

And the trophy wife…

There are two problems: first, that Cade hates Aryn the moment he lays eyes on her; second, that he wants her like he’s never wanted anyone before in his life. Or make that three problems: Aryn’s fiancé is a weapons trafficker with a well-deserved reputation for being ruthless, and Aryn is about to get caught up in one of his schemes - one that will bring her back to the place she only just escaped...the mines of Ymir.

Where to buy:
Dragon’s Honor will be free to read in Kindle Unlimited: smile.amazon.com/dp/B017F8X7HC/

“Cade Williams?”
The words came through the haze of smoke and drunkenness like a hallucination. Cade knew that voice. He was never, ever going to be able to forget that voice, and it had to be a hallucination because there was no way in hell the owner of that voice had chased him across three systems only to walk into a dive bar on the lower streets of New Arizona. So he went back to his drink.
He picked up the glass and stared at it. It was a scotch he’d been nursing for about three hours now, and not just because “scotch” seemed to be a loose term for colored grain alcohol. When he finished his drink, he had nowhere to go. And in the ever-drifting snow of New Arizona—he’d never figured out if the name was born of ignorance or irony—he needed to stay indoors as long as possible. The cold was fierce, and whatever acid was in the water on this planet, it would burn his skin raw in less than a night.
And if he didn’t get ten thousand credits to Osiris within a week, he was a dead man. But one thing at a time. Cade shook his head and let the moment slide away from him, a tiny drift into memory and nothing more.
“Williams,” the voice said again.
That was definitely not a hallucination. Cade’s eyes traveled along the arm that had come down on one side of him. Callused fingertips, last joint of the right index finger missing, the hint of a tattoo poking out from under a blue cuff. The arm underneath the suit jacket was well muscled, leading to broad shoulders and a clean-shaven jaw, and with a sinking feeling of dread, Cade looked up at one of his worst nightmares.
“Lieutenant Rift.”
“Actually, it’s Major now.” Talon’s face was expressionless, as it almost always was. He watched as Cade’s eyes traveled over the understated suit, across the planes of the handsome face. At last, sensing the question Cade would never ask, he flipped over the hand on his resting arm. There, glimmering in the faint light, were blood-red cufflinks.
A Dragon always wore red.
Talon absorbed Cade’s bitter smile in silence.
“You look surprisingly well.” Cade looked down into his scotch and considered drinking the rest in one gulp. The pours in this bar were generous, and with the alcohol being of dubious provenance, a gulp might well kill him. Right now, that wasn’t seeming so bad. It was all coming back to him—without warning, as it always did. He’d known the moment he heard the voice that this was going to be a bad night, even worse than he’d thought—and he’d already thought it would be pretty bad. There was screaming at the corner of his mind, the flashing of the lights in the bar taking on a reddish hue, the emergency exit sign too clear a reminder.
He closed his eyes, clenching his jaw until he thought his teeth would give way. He had to keep breathing, or the memories would take him, and the world would devolve into the chaotic mess he so feared, every face reminding him of the pods, the children pounding on the glass—
He was going to be sick. His stomach heaved.
“Should I go?”
“No.” Cade’s answer surprised even him. He opened his eyes and looked down into his drink again. He could force the world back into its neat shapes if he tried hard enough. In the vacuum of space, in the long silences of a courier’s job, he’d learned to face his fear and press it away.
He could face this, too.
“Okay.” Talon sat, pulled reflexively at both cuffs, and looked over at the bartender. “What won’t kill me here?”
“Don’t try the scotch.”
“Noted.”

Raised on the Dragon Riders of Pern, Star Wars, Star Trek, and a whole bunch of historical romances, Michaela grew up adoring the adventure of Science Fiction and the passion of a good love story. Filled with double crossing, grand romantic gestures, sarcasm, and plenty of heat, Michaela's books are just the sort of thing she wants to read herself!

Where to find her:

For a FREE review copy of Dragon's Honor, email Michaela directly at mkendrickauthor@gmail.com!
Posted by Diane Burton at 1:00:00 AM