How Daylight Savings Time Screws Up My Life 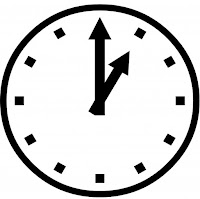 I hate two weekends a year. Yesterday was one of them. Thanks to Daylight Savings Time, we lost an hour when we turned the clocks ahead. You know the way to remember, right? Spring ahead; Fall back. It doesn’t matter to me whether we lose or gain an hour. It’s a pain in the rear.

Anyone who watched National Treasure knows that Benjamin Franklin came up with the idea of DST. While that fit the movie, that’s not exactly true. In a newspaper article, Old Ben (when he was envoy to France) suggested it to Parisians as a way to economize on candles. Of course, he also suggested a tax on shutters, rationing candles, and waking the public at sunrise by ringing church bells and firing cannons. And I thought losing an hour of sleep was a pain. Thanks, Ben.

So if it wasn’t Ben whose fault is it? A New Zealand entomologist named George Hudson in 1895 wanted more time in the evening for hobby of collecting insects. Insects? Really? As with many concepts, another man claimed credit. William Willett, an avid outdoorsman, disliked ending a round of golf because of dusk. C’mon, guys. Golfing? Why didn’t he just start earlier?

It doesn’t matter who came up with the concept of changing the clocks, or why, we’re stuck with it. I always thought it was to give farmers an extra hour in the evening to work the fields. Since we’re not an agrarian society anymore, what good is it? Supposedly, it’s to cut down on energy consumption. Since it’s light longer, we save on electricity. Okay, I’ll buy that.

It’s still a pain. Until 2006, my sister in Indianapolis was always an hour behind us in the summer. Good thing she doesn’t live in the northwest corner of Indiana. They changed to Central Time. She didn’t like the governor at the time but conceded that at least he gave them Daylight Savings Time.

With the exception of Hawaii and Arizona, all of the United States goes on DST. I can understand Hawaii. They’re in the middle of nowhere (actually the Pacific). But Arizona? It was bad enough that Hubs and I were two hours later than Son & Family. Now, it’s three hours. Figuring out phone calls and Facetime with Baby Girl is harder now. If it’s nine o’clock here, what time is it there? Would they be in the middle of dinner? Or if they called us at eight, would we be awake? When we drove to Arizona, we wouldn’t change our clocks until morning each day. That made it easier for our bodies to adjust. However, when we fly, it seems to take me days to readjust—especially on the return flight. Three hours is a big change.

Unfortunately, it makes sense why Arizona doesn’t go on DST. With the extra hour of sunlight, people used their air conditioners more resulting in more energy consumption. Interesting note: the Navaho Indian Reservation, which extends from Arizona into Utah and New Mexico, does observe DST.

I suppose that since I’m “retired” (from my job in the work force—writers never retire) DST shouldn’t bother me. I can go to bed when I want and sleep as long as I want. But it does throw my schedule off. Change is hard. Harder yet in November when we change back.

I’m also blaming DST for this post being late. Well, I was musing this morning. Does that count?

Don’t forget to change the batteries in your smoke detectors.