I’d like to blame Disney Cruise Line (DCL) for lack of internet service for over a week. The truth is, I could have paid beaucoup bucks for the privilege. But, alas, I’m married to a Scotsman. Actually, I rather enjoyed being disconnected while on a cruise with my family. Here’s a picture of our boat. 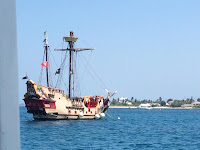 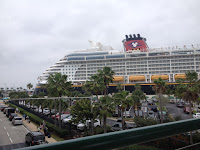 While aboard, my computer sat in a drawer. I saw it every time I pulled out my socks, which wasn’t too often. Sandals were perfect for Caribbean weather. Sandals at the beginning of April while snow fell back home. Mother Nature’s April Fool’s joke on West Michigan. 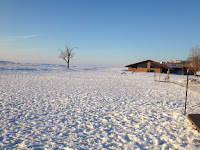 Cell phone service was also available. Again, at a high price. However, DCL has a neat service for travelers. With an app, we could text each other at no charge. Now that was cool. Daughter and I were able to meet up when we needed to, arrange for the kiddies’ adventures, and lots more. They also had “wave” phones—portables connected to the stateroom that family members could use. Unfortunately, Hubs and I had a hard time figuring them out. I felt like an absolute ignoramus.

What was the best part of the cruise? (Besides being with family on a terrific vacation?) One day was “Star Wars at Sea.” Can you imagine me turning down a chance to hobnob with SW characters? 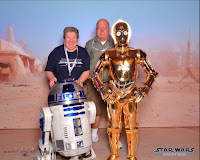 I should have taken pictures of the storm troopers that marched along the outside deck, threatening all that didn’t comply with the First Order, but I was laughing too hard. All day, John Williams’ Star Wars' soundtracks played through the speakers and on the stateroom television. Concluding with a spectacular fireworks display to the triumphant march from the end of Episode IV, A New Hope. The costumes people wore all day were amazing. Many, many Princess Leias, several more Reys, storm troopers, ewoks, and sandpeople. Of course, a certain Princess Leia and Darth Vader captured me heart. 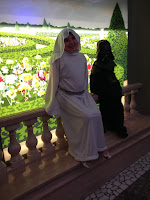 I’ll be back next week with more tales of our cruise. You never know. Maybe some of those details will appear in a book someday soon.