Saturday Spotlight: DESIGNED FOR YOU by Jo Grafford

Despite a string of personal tragedies and setbacks, Jillian Lang's interior design company is an enormous success. If she doesn't count the cyber stalker who hounds her daily…

Knowing she can’t keep up with her fast-growing list of bids and contracts without help, she reluctantly breaks her number one personal rule of "don't depend on anyone" and hires an office manager. Not only does Holland Sparks do an incredible job of running Lang Interiors, he provides a much-needed buffer between her and the cyber stalker, while steadily chipping away at a thousand barriers she’s put up to protect her heart.

When the stalker suddenly moves his game from the cyber world to the real world, Jillian discovers no one in her immediate circle is exactly who or what he claims to be. Not her landlord. Not even her family.

Will Holland be the one man she can turn to, or will his own secrets be reason enough to scrap her designs on the man of her dreams? 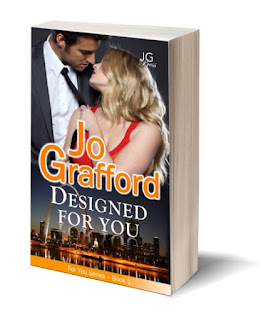 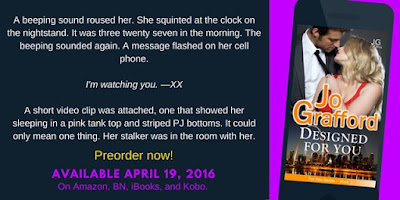 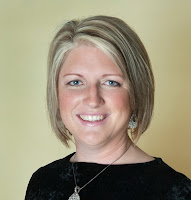 AUTHOR BIO
I write romance across the genres. The stakes are always high, and the heroes are willing to risk it all for the brilliant, sassy women they love.
Originally from St. Louis, I’ve served as a corporate trainer, a junior college finance instructor, and a high school business teacher. Along the way, I discovered the only thing I enjoy as much as teaching is writing. Especially writing romance! A typical day finds me on my laptop, a fizzy beverage within reach, and a cat sprawled across my lap (hoping for his first book dedication or at least an honorable mention).
I love alpha males, strong-minded woman, humorous sidekicks, diversity, Vikings, dashing lords, vampires, zombies, cyborgs…you get the idea.
To receive announcements about new releases, book signings, sneak peeks at free chapters and deleted scenes, giveaways, and other festivities, sign up for my newsletter at www.JoGrafford.com.