Today's guest is my friend and fellow author. I've always enjoyed her stories.  Back in 2010, Maris suggested I self-published my first book to which I'd gotten the rights. It took scaredy-cat me almost a year to do it. What an adventure I've had--all because of Maris. Here she is. 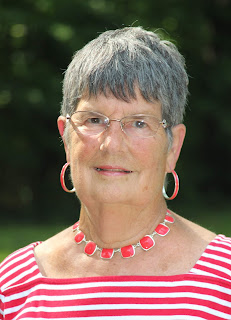 Thank you, Diane, for inviting me to your blog. I still remember when we first met. You were writing a book and took one of my community-ed classes on “How to Get Published.” You’ve come a long way since those days: you’re now multi-published in both scifi-romance and mystery, with many more books to come.

I was writing romances back then. During the ‘80s and ‘90s I wrote sexy romances (at least they were considered sexy then), sweet romances (sexual tension but no bedroom scenes), and romantic suspense. It wasn’t until the turn of the century that I switched to mystery and suspense.

My romances were all paperbacks, on the shelf for 30 days then stripped and gone forever, unless you found a copy at a used book store or garage sale. It seemed a shame those stories had such a short life. Thank goodness e-books have given us a chance to revive some of those stories. 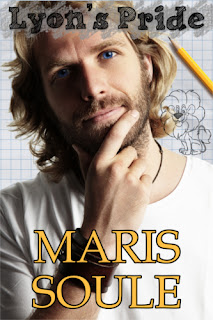 LYON’S PRIDE is one I wanted to give a new life. It was published in 1993 by Silhouette Romance, and is classified as a sweet romance, though if Greg Lyon and Doc Amy hadn’t had Amy’s house guest, Peggy, sleeping in the next room, there might have been a bedroom scene.

But let me explain:
For years the syndicated cartoon, Lyon’s Pride, made people laugh, but when its creator, Greg Lyon, starts lampooning doctors, newspapers threaten to stop publishing the cartoon. Greg decides he needs a break, never expecting his walk from New York to California will land him in a small town in southern Indiana. Rescued from a rain storm, his ankle broken from a fall, he’s taken to Dr. Amy Fraser’s home office clinic and ends up staying in her house. Greg knows he can’t reveal he’s the creator of the cartoons she finds so offensive, so he tells her his last name is Lyman, but from the start he’s confused by his attraction to this physically scarred country doctor. Is she for real?

Amy Fraser cares more about people than money, and her patients love her and want to protect her from this stranger she’s allowing to stay in her home/clinic. It isn’t long before her neighbor Peggy (whom Amy had told could stay at the clinic while Peggy’s house was being renovated) recognizes the sparks between Greg and Amy and decides this is the time to be there.

And Amy finds it difficult to believe this man can really be attracted to her; after all, she walks with a limp and has a scarred face. But how can she think of him simply as a patient when her heart skips a beat every time she sees him?

The question is, what will she do when she discovers who he really is?

It took me over a year to retype the book and find a cover I liked better than the one Silhouette used, but now LYON’S PRIDE is available as an e-book through Kindle, Nook, iBooks, and all the other readers. I didn’t try to update it, so the story is set in 1993 (before smart phones and the ease of Internet searches) but I fell in love with Greg all over again, and I hope others will enjoy how two scarred people (one internally and one physically) discover real love.

Maris Soule started her career writing romances (25 published, of which 2 were RITA finalists), before switching to mysteries. (The Crows, As the Crow Flies, Eat Crow and Die, A Killer Past, and Echoes of Terror (winner of FWA’s 2017 RPLC thriller category.) Soule has been self-publishing several of her early romances as e-books, and recently got the paperback rights back for A Killer Past. She hopes to release that book in trade paperback form this fall.  Originally from California, Soule and her husband moved to southwest Michigan in the early ‘70s. They now divide their year between Michigan and Florida.