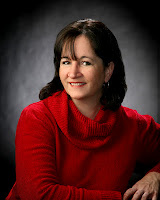 I’d like you all to meet my friend Alicia Dean. We met after I found out about a truly helpful group she started called “Authors Helping Authors”—what a great opportunity to work with such talented and generous people and she is extremely generous with her time. Alicia and I discovered a mutual passion, Major League Baseball. Even though we don’t root for the same teams, I like her anyway. :)
Please welcome Alicia Dean.

Alicia, please tell us a little about yourself.

I’m divorced with three grown children. I live in Edmond, Oklahoma where I’m a legal assistant for a family law firm, in addition to being a writer. I’m a huge Elvis Presley fan, and I love MLB and the NFL. If you look closely, you’ll see a reference to one or all three in pretty much everything I write. If I could, I would divide all my time between writing, watching my favorite television shows-such as Dexter, Vampire Diaries, Justified, and True Blood-and reading my favorite authors...Stephen King, Dennis Lehane, Michael Connelly, Lee Child, and Lisa Gardner to name a few.

My suspense short story, Thicker than Water just came out with The Wild Rose Press. It’s part of a collaboration with my fellow OKRWA chapter members. A group of us wrote (or are writing), short stories with the common thread of an ancient cursed doll and--other than the originating story which took place in the early 1700’s--the stories are all set in or have ties to Oklahoma. The stories span all genres, so there isn’t always a paranormal theme. The doll can just be considered ‘bad luck’ or just a prop in the story where the legend is mentioned; All those who betray you will suffer. Only true love can break the curse…So far, we’ve had 8 stories accepted, if I’m not mistaken. Most of these were by previously unpublished authors. It’s been an amazing, fun experience for everyone involved.

I’m currently working on a sequel to Soul Seducer.

I thoroughly enjoying three of your books. Death Notice and Soul Seducer are a mystery and a paranormal, respectively. Lady in the Mist reminds me of Victoria Holt’s gothic mysteries (one of my favorite genres). I love the cover for Thicker Than Water. That's definitely on my To Read list. What draws you to write in different genres?

Partly the challenge, and partly because it allows me to write the kind of stories I love to read. My favorite genres are Suspense, Paranormal and Gothic, so it just makes sense to write them.

I’ve wanted to be a writer as far back as I can remember, probably when I first discovered stories like Pippi Longstockings and Amelia Bedelia. I wrote my first romance when I was around 10 or 11.

What is your work schedule like when you’re writing?

Very haphazard. :) I’m involved in so many different projects and with my full-time job, in addition to being an editor, I just have to grab time when I can. My favorite time to write is in the mornings, but I don’t always get up early enough to write before time to leave for my day job. I do most of my writing on the weekends.

They just pop into my head. Sometimes I’ll read a news story that will trigger an idea, but usually, I have an idea of what kind of story I want to write, and I mentally consider several scenarios until something pulls at me.

What do you like to do when you’re not writing (besides watching Major League Baseball)?

I love to read, I used to play golf, but haven’t in a long time. I’d like to get back to that. I enjoy watching television in general, not just MLB. :) I enjoy hanging out with my kids, my writer friends and other friends, and my family.

Where can readers can find you?

Now for a treat. Here are blurbs about Alicia's latest releases.

Lady in the Mist:

Upon her arrival in Shoal Harbor, Maine, Lily Jackson hears eerie moans that the locals claim are the ghostly cries of the unfortunate Breckenridge women. Running from loss and setback in Cincinnati, Lily needs the job as semi-psychiatric caregiver for Andrew Breckenridge, but the storm she has to weather from the oldest Breckenridge brother is severe. Clinton Breckenridge is a brooding man used to getting his own way, and he’s not convinced Lily is the right person to help his troubled younger brother.

Even as Lily starts picking up the pieces of Andrew’s tortured psyche and finding out his dark secrets, another mystery looms before her. Andrew’s lover has gone missing in recent months and no one knows what has happened to her, or if her voice has joined those of the other Breckenridge women. Before she knows it, Lily finds herself in danger—thrust directly into the eye of the raging storm.

And now for Thicker than Water:

A ten-year-old accidental killing and an ancient cursed doll are only part of Julia Bennett’s problems. When she returns to her hometown of Covington, Oklahoma for an old friend’s funeral, she’s thrust into the middle of a murder case--and discovers she never stopped loving her high school sweetheart.

Jake Devlin is now the sheriff of Covington and faced with solving a murder. He isn’t surprised to find Julia in the middle of things. She still seems like the troublemaker whose reckless mistake caused a man’s death years ago--and who broke his heart when she left him without so much as a goodbye.

Jake makes it clear he’s over her, and Julia can’t wait to leave Covington behind. But when another friend dies, she knows she must stay. Can they put the past behind them and stop a killer before he claims another victim?

Thicker Than Water is available at:

Alicia, thanks for coming. It’s been great getting to know you better.