What to do with the rest of my life 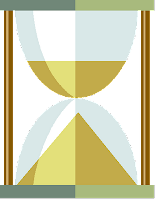 Many of us have our bucket lists. Thanks to the movie of the same name, we now know what to call our things-we-want-to-do-before-we-kick-the-bucket. Our dreams, our aspirations, our somedays. Every time I hear the word “someday” I think about a line in the movie Knight and Day (a fun adventure comedy) where the hero says someday is code for never. When I heard that for the first time, it really hit me. How many times do we say “someday I’ll do this” or “someday I’ll visit there”? Do we really mean never?

What’s stopping us from going after the things we want to do? Time? Money? Fear? Money might be a big deterrent. Understandable. Isn’t that’s what savings are for? A little money set aside each day/week/month adds up over the years. Time could be another thing holding us back. A round-the-world cruise when you only have two weeks’ vacation is a tad difficult. Retirement seems to be the time to realize our dreams, our somedays. We certainly have the time. Money is another story. But, if after taking into account our everyday expenses and if there is enough money for one or more items on our bucket list, what’s stopping us? Is it fear?

Fear is paralyzing. It stops us in our tracks, holds us back. We can come up with 9 million (my favorite number) excuses why we can’t do something. Take travel. I’m sure you’ve heard the excuses. I don’t know the language. I won’t like the food. I might get sick. Or maybe an item on the bucket list is something we want to accomplish—graduate from college (or get an advanced degree), play the piano, paint a picture, write a book. The excuses are rampant. It will take too long to finish. I don’t know how. I won’t be good. I’d have to take lessons/classes. I don’t have time to practice. I’m too old to learn new tricks.

Nineteen years ago, my dream was to publish a book. I took classes, attended workshops, learned a lot, made mistakes, got rejections, kept writing. Eleven years ago, my first novel was published. That was so great I had a new dream—publish another. More rejections, more classes/workshops, more mistakes. Dejection. Quit. That’s right. I said the heck with this. Why keep banging my head against that wall. But inside the light of that dream didn’t quite flicker out. I did start writing again—for fun and because a writer has to write.

A year ago, I started thinking—if I’m ever going to fulfill my dream I’d better get going. If going the traditional route to publishing didn’t work, then what about a non-traditional way? At that time, I’d only heard a little of the buzz about independent (self) publishing, but encouragement from some friends made me check it out. That opened up a whole new world. I could accomplish my dream. I reissued my out-of-print first book, Switched, as an e-book. I finished the sequel, Switched, Too and published it, again as an e-book. Learning how to independently publish took time, patience and work. Like anything else, the more you do something the better you get at it. I have two more books in the works--another sci-fi romance (to be released in November) and the concluding book in the Switched series (to be released early next year). Next month, I plan to release Switched, Too in print. The learning curve for that DIY project was much steeper. But, who says old dogs can’t learn?

Actively going after a dream was brought sharply to mind recently. One of my uncles passed away after a long bout with cancer. He was my dad’s youngest brother and only ten years older than me. Last night, I learned that a fine lady I used to work with as a Girl Scout volunteer passed away. She was ten years younger than me. Now, if my uncle’s passing wasn’t a wake-up call that time is passing, this latest news was.

I guess the upshot about ticking things off the bucket list is asking ourselves a simple question: if not now, when? We never know how much time we have, so when are we going to do them? What’s holding us back?

On Thursday, my guest is Michigan author Christine Warner. I hope you’ll come back to meet her.