The Olympic Games, Dreams and Inspirations

Did you OD on the Olympics? With practically round-the-clock coverage, I wouldn’t be surprised. Two very intense weeks came to an end last night with more than a bang. Fireworks, lights displays, special effects and—my favorite part—music. What a spectacle. The opening ceremony wasn’t too shabby, either. 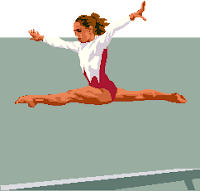 In between the two spectacular events was the real reason for staying glued to our televisions—the games themselves. We watched each country’s best-of-the-best compete. We watched them fail, pick themselves up and try again. We watched dreams realized and dreams shattered. No matter what the outcome, all of those athletes can proudly say they achieved their dream. They are Olympians.

I enjoyed the background stories of the athletes as much or more than watching the competitions. Maybe it’s the writer’s curiosity or maybe I’m just nosy. Some athletes come from privileged backgrounds where money for training was no object. For others, though, their families had little yet managed. All families made sacrifices whether it was money or time to help make their children’s dreams a reality. For some athletes, there was no family support. Kids who ran the streets until someone who showed them there was more to life, someone who gave them hope that they could make a better life for themselves than crime and poverty. 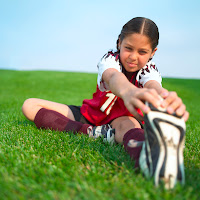 The dedication of the athletes never ceases to amaze me. They give up having a “normal” life for their sport. To be competitive, to be the best, they train all the time. What sacrifices they have made. Some will continue to make those sacrifices to return in four years to compete again. For others, this was their only shot. Imagine being too old to compete at twenty-one. What I found both amazing and upsetting were the injuries those athletes incurred and continued competing—torn hamstrings and ACLs, broken bones. Amazed at the dedication and perseverance; upset as a mother that they could cripple themselves for life. Nothing mattered except the goal—to be the best.

I can’t imagine a greater inspiration for all of us, no matter what our dream. Dreams take dedication, determination, time, sacrifice. Dreams take setting goals and striving to meet them. People who learn that I’m a writer often say they wish they could write a book. Or, they have so many ideas maybe they’ll write a book someday—when they have time. Wishes and maybes don’t cut it. We never have time. We make time. We give up things—often things we enjoy—to make our dreams come true. There are always setbacks, always failures along the way. The athletes didn’t get to the Olympics without setbacks, without failures, without mistakes. They didn’t quit. They learned from the mistakes, from the failures. To become a world class gymnast, swimmer, runner, they focused on their goal and did everything they could to achieve it.

When the games are over, the ceremonies ended, the athletes who came to London can say I gave it my best shot. I did the best I could. Can we say the same about our own dreams?

Tomorrow, Aug. 14th, I’ll be over at You Gotta Read Reviews. Please stop by and say hi.

On Thursday, my guest is Michigan author Lucy Kubash. I hope you’ll come back here to meet her.
Posted by Diane Burton at 9:11:00 AM