I am so pleased to have you meet a special person. I met Mara Jacobs several years ago when she joined my local RWA chapter. She's always been so friendly and outgoing and I'm glad she's here to tell you about her debut book—no, wait—debut books.

To start off, Mara, please tell us about yourself. 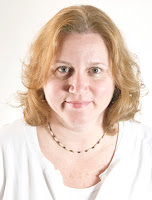 After graduating from Michigan State University with a degree in advertising, I spent several years working at daily newspapers in Advertising sales and production. This certainly prepared me for the world of deadlines! Most authors say they’ve been writing forever. Not so for me. I always had the stories, but they played like movies in my head. Ten years ago I started transferring the movies to pages. Forever a Yooper (someone who hails from Michigan's glorious Upper Peninsula), I now reside in the East Lansing, Michigan, area where I’m better able to root on my Spartans.

Ten years ago. I always had the stories in my head, but they were like movies to me. It finally occurred to me to try and get them on paper.

Too long! I had the luxury of no day job when I first started writing and I wrote 2 books that first year. But soon after, I was back in the rat race and that average went way down. In ten years I've completed 6 books and a novella, but I'd like to get back to that 2 a year output.

I'm amazed you've written that much along with a full-time day job. Where do you get your information or ideas for your books?

The 2 different series that are debuting came from very different places. For the Broken Wings series, several years ago I bought a used computer on ebay. When I got it, the previous owner had left all of their personal docs (résumés, pictures, business letters, etc.) on it. I couldn't believe it and mentioned it to someone at work that day. She and her husband made a side-living buying, stripping, refurbishing and reselling computers online and said that it happened all the time to her. She even told stories of the creepy things she'd found.
I wondered about someone who did that all day, combed through other people's personal things. Do they become immune? Do they become engrossed? Obsessed? And thus my character of Blackbird was born. I needed for her to have not much else going on in her life to be so caught up by these machines and so Blackbird has a mysterious past. (don't ya just love those mysterious pasts?)
The impetus for the Anna Dawson's Vegas series is a much more fun story. (Vegas, Baby!) A few years ago, my retired father was playing in a major poker tournament in Las Vegas. It was a several day tournament and my mother and I were there every day to cheer him on. I was astonished at the number of kids (okay, they were at least 21, but they all looked like kids to me!) playing in this tournament that had an entry fee of $25,000. (my father played his way in, winning a tournament at a small casino in the U.P. with a buy-in of $250)
In these situations the gallery is all kind of bunched together so you get to see the same folks everyday. My mom and I made friends with the mother of one of the players. The player was Anna and she'd just turned 21 and moved to Vegas to be a professional poker player. She was one semester shy of graduating from DePaul University. I asked her mother "How did you handle that?" She let out a sigh and said, "Not very well."
There were a lot of stories like hers in that group, and that night I started wondering where all those Annas are going to be in 10 years.
That's how my Anna (Dawson) was born.

That must have been really interesting. What a great way to do research. What do you like to do when you're not writing?

I follow college sports. I have a great circle of friends I hang out with. I like movies, though I find myself watching them more at home lately with the ease of On Demand.

I'm single with no kids, so my family in this case is my parents and siblings. I wasn't public about my writing for the first couple of years until I had a handle on whether it was something I wanted to pursue or not. I was actually "outted" by our RWA chapter newsletter that was online. (I turned up in a Google search a family member was doing on another family member!)  After the cat was out of the bag, they've been incredibly supportive. Most of my siblings and their spouses have read all my stuff. My parents have read the romantic mysteries, but not the romances as yet. (not my dad's cup of tea!) And of course my father’s been a great resource for the Vegas books. He and my mother spend the winters there.

I've completed 6 books and am currently working on my 7th. I think the second Anna Dawson book may be my favorite thus far. In it I dive a little deeper into Anna's compulsive gambling and I always find people's demons interesting. Worth The Weight was probably the "book of my heart", but I found my heart flip-flops.

I like character-driven stories. What makes people tick, why they make the choices they do. I know some readers need more plot, and I like plot too, but to me it always starts with the characters.

How do you come up with ideas?

There's always a germ in there somewhere that worms it way into a character. The main character is always the start of the idea for me.

Funnily enough I usually write the first scene or two, then jump ahead and write the last few paragraphs. Then I know where my characters begin and end…I just have to get them there.

That I needed to learn a whole lot more!

Isn't that the truth! I still need to learn more. What two authors would we find you reading when taking a break from your own writing?

Definitely anything by Marian Keyes, but she doesn’t write fast enough! In romance I love a good historical – which is interesting since I’ve never had any desire to write one. Loretta Chase is my go-to for historical romance.

I’m actually making my debut with 3 books in 2 different series. These 2 series definitely cross over, which is one of the reasons I’m going indie with them. I got quite a few “we want to buy it, but we don’t know where to shelf it” from editors. They’re both written in 1st person, from the heroines’ point of view, so that breaks the romance rules. They all have a mystery in them which our heroine ends up solving, but there’s also a thriller element given our heroines’ pasts. And there’s an ongoing romance in them as well. I’m calling them romantic mystery series.

Sounds like a great mix. Tell us more about them.

Here's the blurb for Broken Wings:

Forced to live in seclusion, her only contact with the outside world is with her online chat buddies. She masquerades behind different screen names with every person except with one: Confessor. To him, and only him, she is Blackbird.

Blackbird makes her living buying and selling used computers online. Though typically immune to the personal contents of the computers she buys, something on her newest acquisition stops her cold: a picture of the man who killed her father years earlier.

As she becomes more obsessed with Nick, the previous owner of the machine, she confides in Confessor. A dead body – Nick’s girlfriend – pulls Blackbird out of her nest and to Tennessee, to find the murderer, and to reclaim her life. Torn between two men, and pining for the mysterious Confessor, Blackbird’s past is revealed as she tries to solve the mystery of Nick’s dead girlfriend, and avenge her father’s murder.

And the blurb for Against The Odds:

When Anna gets in deep to her loan shark, she becomes her alter-ego JoJo and fixes college basketball games to erase her debt. Hey, it’s better than the alternative, which is a drive into the desert with a shovel in the trunk.

When one of Anna’s friends is murdered, and another one shot at, Anna teams up with detective Jack Schiller, a man fighting his own demons.

Anna tries to juggle protecting her friends, helping Jack, and finding a murderer, all without letting anyone learn about JoJo.


Wow. They sound like great stories. One last question, where can readers find you?

Thanks so much for being here, Mara. I'm very happy for you on the launch of your debut books.