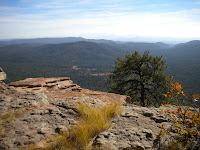 I love traveling out west. The rugged rocks, deserts, canyons, mountains remind me how difficult the journey was for those who left all behind to forge their way through the wilderness. I can’t imagine how they could leave their families, their friends, everything familiar for the unknown. When we travel, we’re in our air conditioned (or heated) vehicles with restaurants and hotels along the way. Sleeping outdoors? No thank you. Hubs always told his friends that my idea of roughing it was a hotel without a restaurant. (I’ve revised that—roughing it is no coffee maker in the room.)


Now, when I was a lot younger, I did the Girl Scout thing with my daughter. As the leader, I sucked it up and took the girls camping. That was the year Hubs gave me a sleeping bag for my birthday. Nice guy. Actually, I had a good time camping with those ten- to twelve-year-olds. No canvas tents staked to the ground, though. Platform tents. Off the ground. On cots, with mattresses. I know, wimps. The fun part was watching the girls learn to cook over a campfire. You probably would’ve laughed yourself silly watching me make a cookstove using tuna cans, dryer lint and parafin, and a large coffee can. Hey, it worked. I loved the girls’ excitement seeing nature up close and personal, their amazement at how bright the stars are at night away from the city lights. We all knew this wasn’t roughing it. We went home on Sunday to showers and flush toilets. 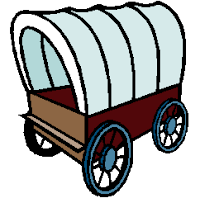 Those pioneers in the 17th and 18th centuries had to be stalwart souls. Brave and maybe a little crazy. And the women did all that roughing it in dresses. With petticoats. And corsets. Can you imagine? Trust me, if I was living back then and Hubs said we’re moving to Colorado—or wherever—after I screamed “are you nuts?” and cried my eyes out, I sure wouldn’t have packed dresses. Okay, maybe a couple for propriety’s sake, but then I would’ve found pants and shirts and ditched the corset.


Leaving my family behind would have been the worst. I know a little about this. In the 1980’s, we followed Hubs’ job from Michigan to Missouri. Our parents were fifteen hours away—that was during the oil crisis and the speed limit was fifty-five. No Internet, no email, no Skype, no free long-distance phone calls. We kept in contact the old-fashioned way—short phone calls and letters. For the pioneers, the only method of communicating with family back home was letters and service wasn’t all that good. 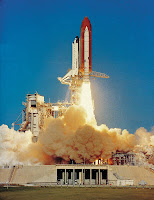 Now, imagine how it would be to leave this planet. To venture into the frontier of space. We know there’s a time lag between transmission and reception of communication between Earth and our moon. Even with relay satellites, the farther you travel from Earth the longer the lag time. Until no communication at all. Jayne Castle writes a series about pioneers who left Earth and then, because of circumstances, discovered there was no way to return, no way to communicate with those back home. Isolated, those pioneers had to start over.


Starting over isn’t such a bad thing, though. Some people left for our western frontier to escape, to leave behind a bad life or reputation, to start anew. Starting with The Pilot, my new Outer Rim series takes place on the frontier of space, an area far away from the “civilized” planets with their central government. The Rim is a place of dreams, where you can be whatever you want to be.


If you had the chance, would you be a pioneer? Either in the past or in the future?