The Adventures of Austin Girl and the Legend of Diablo

Today, I'm a host for a blog tour by Buy the Books Tours. My guest is Carrie Crain. At the end of the post is my review. I'll let Carrie take it from here. 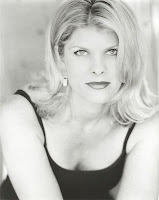 Carrie Crain’s first novel is for tweens and is uniquely called THE ADVENTURES OF AUSTIN GIRL AND THE LEGEND OF DIABLO. She is a member of the Society of Children’s Book Writers and Illustrators and is a housewife who struggles with bipolar disorder (mania and depression).


Crain has also been a contributing writer for the Crazytownblog and Austin Monthly Magazine. She is a former Hollywood actress and has written and produced her first short based on her originally screenplay called Sould. It’s a comedy and stars Gabby Birkman, a Hollywood comedian, who is an award-winning comedic pundit and cute as a pink fuzzy rabbit’s foot.


"How I Came Up with the Story"


by Carrie Crain (the short and sweet version)


I originally was heavily involved with writing screenplays, pitching screenplays, etc. I was so serious about getting my screenplays in the hands of Hollywood producers, that I pitched at the Austin Film Festival, flew to New Mexico to attend a week-long workshop/pitching conference at the Santa Fe Screenwriting Conference and flew to LA to take UCLA classes and have meetings with producers. In 2005, or thereabouts, I enrolled in UCLA’s Extension to study screenwriting. I remembered taking a script treatment class and had a ball. It was so much fun learning something new and exciting and challenging. Basically, the script treatment is a long, long outline. Very thorough with character bios, etc.


For my screenplay treatment class I needed to come up with an original story fairly quickly. I was already messing around in my head about a different planet, something to do with the ‘70s and swords. At that time, I was writing/blogging under the nom de plume Austin Girl. So, I kept that name for my heroine. I knew I didn’t want my villain to be a Dracula or vampire or wolf. So, I thought to myself what’s left? Ah, the devil. And, who isn’t afraid of the devil? Okay, maybe not atheists, but still. When I began writing the story outline and treatment, I imagined the story to be a dark comedy for adults. I changed Devil to Diablo because it sounded quirkier. The Disco Cat Trio evolved and I tossed in the Sharkman because of my love for Saturday Night Live and the old Chevy Chase and Bill Murray scenes about when a shark knocked on that gal’s apartment door saying “Telegram” in a disguised voice. Mrs. Wisdom character is named after my husband’s former neighbor. Grandpa Lucky is molded after my dad (sort of). Grandpa talks a lot like my cowboy dad. LOL. Sure, I could have expanded the story like a super long epic fantasy adventure, but with my attention span and bipolar, no way in heck. This is how it became a short novel with an upper middle grade/tween audience.


Austin Girl, a dispirited teenager, discovers a magic Samurai sword, leading her on a journey to Planet Disco to save her kidnapped Grandpa from the nefarious Diablo, and return to Earth before she becomes a permanent guest.


Excerpt: THE ADVENTURES OF AUSTIN GIRL AND THE LEGEND OF DIABLO by Carrie Crain


The sound of a backfire rattled store windows on the downtown street as Lucky Stevens parked his piece of hippy junk on the East side of Lucky’s Antiques located at 13 Concho Avenue. He drove a flower power Volkswagen bus. The bus was one of those rare 23 windowed jobs with curtains—a residence on wheels.


Straightening his suspenders, he stepped out into the dusty landscape, newspaper in hand. He moseyed past a 1960 black Chevy Pie Wagon parked up ahead, admiring the car. The hot rod was decked out custom style with red and orange flames painted horizontally across the sides and hood. He tipped his beaver Stetson hat to the female driver and grinned handsomely. The pink-haired woman was preoccupied with talking to a Magic 8 Ball and didn’t notice the fifty-year-old cowboy.


Scratching his chin, he leisurely strolled up to a period oak and stained glass door. He reached in his Wrangler jeans front pocket and extracted a set of keys. He put the key in the lock and opened the door to a familiar sight. His antique store was housed in a red brick building in Checkered Past, Texas. He could sniff out valuable antiques just by employing his sixth sense.


Lucky adjusted his string tie that matched his belt that matched his ostrich quill boots. He was in love with ‘vintage everything’ including his clothes and gentleman accouterments. Ambling through the door, he removed his Panama Jack sunglasses. His gait was deliberate, like a sore racehorse. Bells jingled like rowels on a spur letting out the sounds of commerce. Lucky may have been a little deaf, but he wasn’t so deaf that he couldn’t hear money jingle in the pockets of those who entered into his world.


Lucky flipped on the lights and made a silly face at the store’s security camera. Lucky laid his morning Austin American-Statesman newspaper down on the cracked countertop beside the turn of the century cash register, and looked at the time on his 40 year-old Rolex he’d won in a bidding war at an estate sale of one of Lyndon Johnson’s cousins so many years ago. It was still early for shoppers, just a little half past seven a.m. on Friday. A set of white pine plank stairs off to the side began to creak. They led to the attic. Lucky housed antiques there that were part of his private collection, including one secret item in particular that oddly wasn't for sale.


He ditched his attention to the paper and walked over to the bottom of the stairs, looking up into the darkness. “Skinny, you up there?” Lucky hollered sharply. His young stock boy didn’t answer. Shrugging, he turned around to walk off. A thump on his noggin sent Lucky crashing to the hardwood floor. His Stetson flew off of his gray haired head and skidded across the floor like ice on marble. Staggering to his feet, he rubbed the back of his head. “What the—?”

Want to purchase Carrie’s novel, The Adventures of Austin Girl and the Legend of Diablo? Here are the buy links:

Review:  In The Adventures of Austin Girl and the Legend of Diablo, Carrie Crain tells an over-the-top story in a breezy style. When her grandfather is kidnapped (grandpa-napped?), Austin Girl has to save him. She is helped—or hindered—by a myriad of quirky characters, like a fat boy named Skinny, an Asian chick named Geisha, Madame Ursa, a tarot card reader, and her school friend Jewel as she makes her way to Planet Disco to ransom Grandpa with a Samurai sword.

The premise is interesting enough. A kidnapping, a magical sword. I skimmed the long narratives and wished for more "live" action in what should be a wild adventure. According to the promo, this book is for tweens (middle grades). I'm not sure girls that age would get many of the 1970's references. However, there is a glossary of terms and characters at the back of the book. Easy to find in print. In an ebook, you have to read to the end to get to it (unless you check the table of contents first). If you like your fiction with wacky characters, lots of brand names and crazy adventures, you'll enjoy The Adventures of Austin Girl and the Legend of Diablo.

Note: I received a copy of this book as part of a book tour with Buy the Book Tours.

Thank you, Carrie, for being here today.


Win a Free Book
Carrie is offering a free copy of her book to a lucky commenter. Be sure to leave your email address.

Email ThisBlogThis!Share to TwitterShare to FacebookShare to Pinterest
Labels: Carrie Crain, guest author, review, The Adventures of Austin Girl and the Legend of Diablo