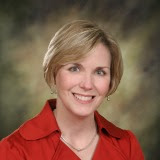 Today I’d like to welcome Michigan author, Jackie Braun. I met Jackie through the Mid-Michigan chapter of RWA when she was an award-winning editorial writer for The Flint Journal. After 17 years in journalism, Jackie quit her full time job to freelance and write fiction full time. Jackie sold her first book to Silhouette Romance in 1999. In 2004, she joined Harlequin Romance. Jackie is the author of more than two dozen books.

Welcome, Jackie. Readers like to know more about you. When did you first realize you wanted to be a writer?

It depends on the book and what is going on in my life, but generally speaking between three and five months.

Writing is my livelihood, so I write pretty much every day. During the week, I start after I get my kids off to school and end when they get home. I also do some writing in the evenings and on weekends as need be.

I like to read, of course! I just bought my first Kindle and I have been on a buying binge! I also like to putter in my garden in the summer.

I just turned in my 30th book. Whew! Where has the time gone? IN THE SHELTER OF HIS ARMS, which was named RT’s Best Harlequin Romance of 2005, is probably my all-time favorite. But I also have a soft spot for A WOMAN WORTH LOVING, which earned my third RITA nomination. I loved writing the heroine in that story. She was so damaged and driven to reform.

First and foremost, conflict. If characters have nothing to overcome, there’s no story.

Being my own boss and have a flexible schedule so I can be there for my kids. It doesn’t get much better than that.

I’m a total pantser. I start writing and then figure out motivations, conflicts, etc., as I go. It works for me…most of the time.

That I could write a book. I could take an idea and stick with it from bare-bones concept to finished product.

Don’t keep rewriting those first few chapters. Move on and get the story down on paper, and then go back. You can edit later.

I try to leave my writing behind on vacations, but that doesn’t always happen. Writing for living means I get to set my own schedule, but it also means that I sometimes wind up working weekends, holidays, etc., when I am under the gun on a deadline.

I’m not out to change the world with my books. They are first and foremost entertainment. But I do think they tend to carry a larger message about the importance of both family and forgiveness. Those themes seem to come up a lot.

My latest book is MUST LIKE KIDS, published through Harlequin’s brand new KISS line. The hero is the CEO of the fictional company Best for Baby. After Alec McAvoy makes an off-the-cuff remark that is deemed anti-kid, the comment goes viral and causes his company’s stock to tank. Enter image consultant, Julia Stillwell, who is brought in to repair the damage.  Sparks fly as soon as my sexy, if commitment-phobic hero meets the heroine, a very pragmatic widowed mother of two.

“Children have a place and it’s anywhere I’m not.”
Even before the reporter’s eyebrows lifted, Alec McAvoy knew the words were going to come back to bite him in a place that would make sitting uncomfortable.
He laughed uneasily. “That’s off the record, right?”
“This is an interview, Mr. McAvoy. Nothing is off the record,” the woman interviewing him replied blandly, although he got the feeling she would be grinning broadly the first chance she got. She was young, new to her job and looking to make her mark as a journalist. He had just handed her a golden opportunity.
“Right. But you understand that I was just joking when you asked me if I liked kids? Of course I like kids. They’re great. Wonderful.”
Especially when they were quiet, preferably sleeping or strapped into strollers when out in public. This time he managed to keep the thoughts to himself.
“Joke or not, I find it a telling response coming from the head of a company that specializes in products for infants and children.”
To use the vernacular of the little ones to whom Best For Baby, Incorporated catered, Alec was in deep doo-doo.
No amount of backpedaling or flirting—and, yeah, he’d resorted to that before the interview was through—changed the end result. When the article hit the internet via American CEO magazine’s online edition, it contained his flippant remark. The reporter had included his explanation that it was a “joke.” Her use of quotation marks around the word only served to make it sound more insincere. But what elevated his statement from gaffe to truly damning was the reporter’s inclusion of an interview she’d conducted with Alec’s ex-girlfriend, Laurel McCain. No doubt Laurel had relished the chance to tarnish his reputation after their ugly breakup six months earlier. She’d wanted a ring and the title of Mrs. Alec McAvoy. He’d simply wanted out.
“Alec is uncomfortable around children,” his ex claimed in the article. “We were together for nearly two years, and I can count on one hand the number of times my chil­dren were included in our outings.”
No mention of the fact that she’d preferred it that way.
“Was I surprised when he was named the new head of Best For Baby back in January? Yes. Extremely,” Laurel went on to say. “Don’t get me wrong, Alec is a smart businessman, but as a mother, I always thought Best For Baby was about more than the bottom line.”
Within hours of appearing online, the story was picked up by a couple of high-profile bloggers. Mothers everywhere were appalled, outraged. It was shared on Facebook, tweeted about on Twitter and went viral.
Now, one week later, Alec was in the elevator at the Best For Babies headquarters in Chicago, summoned to the top floor of the thirty-story building on the banks of the Chicago River for a special meeting of the board of directors of the publicly traded company.
Deep doo-doo, indeed.

MUST LIKE KIDS is available at Amazon (and other online sites) and in stores starting March 1.

Readers can find Jackie at:

Thanks for being here today, Jackie.
Posted by Diane Burton at 1:00:00 AM