Doctor Who and Change 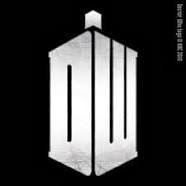 On Saturday night, all Whovians in America were glued to their televisions sets. (Unless they had to do something crazy like...go to work.) For you non-Whovians, the reason was not just the first episode of the eighth season of Doctor Who. It was the introduction of the new Doctor, played by Peter Capaldi. He is the twelfth actor to portray the time-traveling alien.

When the show started in 1963 (yes, that long ago) the producers had no idea what a hit they had. What was supposed to be a kids’ show gained universal appeal. So when the actor who portrayed the Doctor became too ill to continue, the writers came up with a clever device to explain the new actor. The Doctor would die then regenerate. At the end of last season, boyish Matt Smith morphed into grizzled, gray-haired, fifty-six year old Capaldi. What a shock, especially to the Doctor’s companion Clara.

The companion has two roles on the show. Usually female, she keeps the Doctor company on his adventures through space and time. More importantly, she is us, the audience. She asks the questions we want to know. In Saturday’s episode, she reflects our disbelief and confusion at what the Doctor has changed into. Like previous companions, Clara was a little in love with her Doctor. And this new one isn’t him.

Change comes hard for Clara. Just as it does for all of us. We like the status quo. We’re comfortable with the known, the familiar. Yanking us out of where we feel like we belong is traumatic. Marilyn Baron in her book Stones describes quite accurately the feeling when her main character says her husband “yanked me out of Miami by my roots as if I were a noxious weed he was tossing out of a flower garden and carelessly transplanted us to Atlanta.”

I don’t like change, as I mentioned here back in 2011. I’m a new convert to Doctor Who, having discovered him not quite a year ago. In one way I was lucky to find him just before the show’s fiftieth anniversary. I got to watch the show’s progression and many retrospectives. Since then, I’ve watched all the episodes since its reboot in 2005, following its sixteen year “hiatus.” Prior to Saturday’s show, BBC America ran a marathon of episodes and a series of half hour show where the audience could “meet” all the Doctors.

In watching those episodes, I became “attached” to each Doctor and was disappointed when he regenerated—only to discover I really liked the next. I wasn’t prepared to like Capaldi in that role. I thought he was too old, which is kind of ironic since he’s younger than me. I thought he couldn’t be as funny as the previous two. The writers didn’t disappoint. Before the first commercial, I was hooked. The Doctor was hilarious as he discovered his new body. No spoiler here, but Clara was a lot slower to accept him than I was. He had me with his comment about his eyebrows.

While change is difficult, it can lead to new things, fun things. Whether it’s a move across country, our children leaving the nest, or an actor in a TV show, it’s our attitude toward change that makes all the difference.