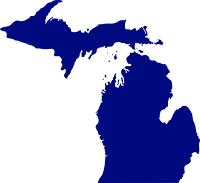 Last week, we went on vacation Up North. That’s what Michiganders call the area north of the middle of the state. It can mean anywhere from Clare to Mackinaw City—not to be confused with Mackinac Island or the Mackinac Bridge, which are all pronounced the same “Mack-i-naw.” However, Up North does't mean the upper peninsula. That's the U.P. But I digress.

For several years back in the 1990s, we rented a cottage on Platte Lake along with my sister and her family. Many enjoyable summers while the guys fished and the “girls” sat at a picnic table with coffee and tried to wake up. This time, no kids (all grown), just my two sisters, brother-in-law, Hubs and me. One thing stayed the same, the guys fished. Or tried to. B-I-L’s boat motor had a major problem. It didn’t work. Rowing was the only option until the motor was repaired.

Meanwhile, the girls staggered out of bed, grabbed a much-needed cup of coffee, and just chilled out. My usual morning routine didn’t exist. No internet. If losing internet service had been sudden, I would’ve freaked. At least I was prepared. I got all my blogs (my own and visitors’) scheduled before leaving home. My email piled up, but I wasn’t worried. I’d been through internet withdrawal before—in April on the cruise.

Being disconnected is freeing. As before, I didn’t even take my computer out of its bag. Instead of working on my novella, I read. I talked to my sisters. We shopped until I dropped. LOL Like Energizer bunnies, my sisters kept on going. We certainly helped the local economy at gift shops and restaurants between Frankfort and Traverse City. Afternoons, we napped. In the evening, the five of us played dominoes. No sitting around glued to the TV. Some nights we were so tired we went to bed early.

That’s what a vacation is for. Rest and relaxation. Even though most of us are retired, we still have our routines at home. A vacation takes us away from that. Camaraderie with family trumps routine.

However, it wasn’t all fun and games when the temperature and humidity rose. Along with no internet service, the cottage had no air conditioning. Who needs AC when a cool breeze comes off the lake at night? Except when no breeze came off the lake. We did bring fans, which helped, but even a sheet was too much.

I’ve tent camped, in the wilds of Canada, without AC, internet, or even an outhouse. Dad liked getting away from it all. Not me. I like my creature comforts. I can tolerate no TV, internet or AC, but I need a bed and a bathroom plus a nearby restaurant.

Imagine our surprise and horror when we returned home to the news of the shooting of police officers in Dallas. We left an idyllic setting for the reality of violence in our country once more. My heart aches for the families of the slain and wounded officers. Even more so for all of us in this world who have to keep going through one tragedy after another. Crazed gunmen out for revenge. Terrorists with their warped morals. People who have no respect for life. All compounded by news reporters endlessly replaying the events and speculating ad nauseam about the shooters.

I’d rather be back at the cottage. Being cut off from the world isn’t so bad. 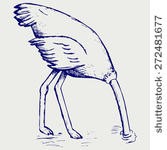