A while back, I was on Alicia Dean's blog recounting 10 moments that changed my life. So I thought turn about was fair play for Alicia to tell us her moments. Happy Birthday, Alicia!

1. July 1, 1961 – My birth in Seminole, Oklahoma – I guess it didn’t really ‘change’ my life, but it started it, so I thought it worth a mention, especially since today is my birthday. Side note, although most people who know me have already been told, I was born the same day and year as Princess Diana.

2.    Around 1967 – I discovered Elvis. I don’t recall the exact moment that I discovered him, but my younger sister recalls me pointing her out to him when she was 5ish and I was 7ish. So, it was some time before then that he came to my attention. Elvis has been such a huge part of my life for as long as I can remember. Watching his movies and listening to his music has brought me indescribable joy over the years.

3. Approximately 1970 to 1971 (Can you tell my memory sucks?) - Writing my first story, a romance called “Just Pretend.” In my author bio I mention writing my first romance when I was 11, but while writing this list, it occurred to me that I moved to Missouri when I was 11, and it seems like I wrote the story a while before then. So we’ll say I was 9 or 10. J I might have to amend the bio.

4.   July of 1972 - Moving to Missouri with my family (my parents and my four siblings). We lived in Oklahoma City and it was during a tumultuous time when the court-ordered ‘Finger Plan’ was implemented which forced students to be bused across the city in order to force desegregation, rather than allowing them to go to school in their own districts. (Not that the schools didn’t ‘allow’ other races to attend, it was just that the different parts of the city were more or less broken up into various races sort of organically) There were riots and fights and the area went downhill quickly. We moved to Missouri to a quaint, lovely, idyllic town. When my parents first told us we were moving, we were devastated to leave our friends. But, in no time at all, we were in love with Missouri and thought we’d landed in paradise. Three months later, our house burned down, and we ended up moving back to OKC, and we were even more devastated to go back than we were to leave.
5.   August of 1973 or 1974 – I met a group of friends who became my ‘sisters.’ We shared everything – secrets, good times, bad times, we got into trouble together, cried on one another’s shoulders, and grew into womanhood together. While not all of us are still in contact, I will forever treasure those friendships and memories. Among the group was Paige, who became and still is my best friend. She and I have shared even more as the years have gone by and we are about to grow into geriatric-hood together. J I wouldn’t trade a single moment.

7.  January 13, 1984. Marrying my now ex-husband. (It was a Friday. Yes, I got married on Friday the 13th. Those who know my ‘twisted’ side shouldn’t be surprised.) Although the marriage didn’t last and it was far from perfect, it most definitely had a huge impact on my life. My eldest daughter was two months old when we married, but my other two children were born during the marriage, and I wouldn’t have them had I not married Terry. So…not a total bust. J Plus, we parted amicably and are still friendly. 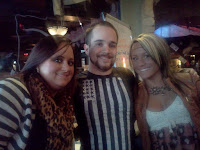 Since I have three children (Lana, Lacey, Presley), I thought I would combine these ‘moments’ that changed my life. And, boy, did they ever change my life. I can’t fathom my world without them. They were a joy to raise (although there were difficulties, as anyone who has children or knows children can attest to), but overall, I adored raising them and we made some beautiful memories together that I cherish. They were all so beautiful and smart and funny. (I am NOT biased, I assure you….) J And, we are still close, still hang out together, and I value those moments as well. I am exceedingly blessed!

9.    December 1994 and April 1995. The death of my father, followed four months later by the death of my husband’s grandmother, ‘NanNan.’ My dad was the most caring, most amazing man in the world, and his death devastated me. He always believed in me and encouraged me. He would have been so thrilled to know I made my dream of being an author come true. NanNan raised my ex-husband and was the only mother-in-law I knew. She was a loving, precious soul whose world revolved around my children. Part of our routine was to go visit her every single weekend. When my son was three, he and I went to check on her one morning after having been at her house the evening before, and we found her dead. I still miss them both.

10. February 2007 – My first book, Nothing to Fear was published by The Wild Rose Press. I can’t begin to explain what that felt like. Something I’d wanted for as long as I could remember was finally realized. I knew at that point, regardless of whether I ever reached fame and success, writing was my passion and I would never stop. (By the way, the Kindle version of Nothing to Fear is only 99 cents, if you want to check it out. I read sections now and cringe at the writing, but I like the story and it will always hold a special place in my heart) https://www.amazon.com/Nothing-Fear-Alicia-Dean-ebook/dp/B00178YG22/ref=sr_1_21?s=digital-text&ie=UTF8&qid=1467322187&sr=1-21

I’m sorry, I know I went into too much detail on some…maybe all. But, there you have it. The 10 moments that changed my life. Thank you for allowing me to share on your blog today, Diane!

Blurb:
Amidst a blizzard, paranormal debunker Camille Burditt arrives at Devil’s Promenade in Oklahoma to research a supernatural 'spook light' phenomenon for her latest book. There she encounters a ghostly being, which she dismisses as a figment of her imagination. But as the apparition becomes too persistent to deny, Camille realizes the woman’s ghost is quite real—and that her demise was not accidental.

Declan Rush—the inhospitable, reclusive owner of the inn where Camille is staying—is linked to the deceased woman, but he is less than forthcoming. Despite his unfriendliness, Camille is oddly drawn to him, even though she suspects his connection to the spirit might be that of killer to victim.

When another suspicious death occurs, Camille intensifies her investigation. She has precious little time to ferret out the truth. Not only is her book deadline looming—she's desperate to discover if the man she’s falling for is a murderer.

*** A World of Gothic is a Gothic Mystery Romance Series by authors from all over the world. For information on other titles and for interesting tidbits on mysteries and the authors, check out A World of Gothic Facebook page:
https://www.facebook.com/profile.php?id=1105411939511452&fref=ts 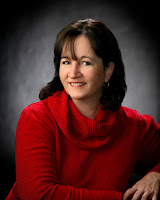 BIO
Award-winning author, Alicia Dean, began writing stories as a child. At age 11, she wrote her first ever romance (featuring a hero who looked just like Elvis Presley, and who shared the name of Elvis’ character in the movie, Tickle Me), and she still has the tattered, pencil-written copy. Alicia is from Moore, Oklahoma and now lives in Edmond. She has three grown children and a huge network of supportive friends and family. She writes mostly contemporary suspense and paranormal, but has also written in other genres, including a few vintage historicals. She is a freelance editor in addition to being an editor for The Wild Rose Press.

Other than reading and writing, her passions are Elvis Presley, MLB, NFL (she usually works in a mention of one or all three into her stories) and watching (and rewatching) her favorite televisions shows like The Walking Dead, Dexter, Justified, Sons of Anarchy, Haven, Vampire Diaries, and The Originals. Some of her favorite authors are Michael Connelly, Dennis Lehane, Lee Child, Lisa Gardner, Sharon Sala, Jordan Dane, Ridley Pearson, Joseph Finder, and Jonathan Kellerman…to name a few.