How Long Does It Take? 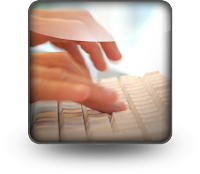 How long does it take to write a book? That’s a question I’m often asked in interviews. It’s also a question I ask when interviewing an author. The simple answer is: as long as it takes. In reality, it’s a lot more complicated. I used to think the answer varied according to the writer. Some people are slow writers. Others can produce a novella (under 40,000 words or approximately 160 double-spaced pages) in a couple of weeks.

It also depends on the author’s outside-of-writing life—a job, young children, other demands on the writer’s time. I’m always amazed by the dedication of those writers who can balance family, outside job, and writing. Writers who rise at 4:30 a.m. to write for two hours before their regular day begins. Or who sacrifice sleep to write after the family has gone to bed.

I’m fortunate that I’m retired from outside jobs and have an understanding spouse. The only “demands” on my time are the grandchildren who don’t spend near enough time (according to moi) visiting. When they do, my writing is set aside. So why haven’t I finished the darn novella I started three years ago?

I’m more inclined to believe how long it takes to finish a book varies according to the book. Some stories won’t let go. And some are pains in the rear. The latter is the case with what was originally “Christmas in Space.” It started as a short story for The Roses of Prose 2014 holiday “anthology”—a month of short stories posted on the blog.

Turning a short story into a novella should be a piece of cake. Right? You have the basic plot. You have the characters. Easy? Wrong. Like many writers, I’ve discovered (the hard way) it is easier to start fresh than to rework a piece, whether it’s a novel or a short story. After three years, I am still working on this novella.

What’s wrong with me? The story? Not really any one specific thing. I’ve left it to write three full-length novels and two more holiday short stories as well as many, many blog posts. I’ve also “finished” it several times. Still, I wasn’t satisfied with the completed work.

Then I went to my local RWA chapter’s Retreat From Harsh Reality. In a previous post, I mentioned how our speaker Christie Craig told me what was wrong with this project. No, she hadn’t read my story. In one of her talks, she reminded me what I hadn’t done—delve deeply (or more deeply) into my main characters.

Did that ever spur me on. I thought I knew my characters. Since the story is told through one person’s point of view, I delved into her character. What I hadn’t considered (enough) was her second in command and her lover. Why would he devote eight years of his life to go on a one-way trip to a new planet? Was he a thrill seeker? Was he escaping a difficult life or event? Did he have pioneer spirit? Why would he leave everything and everyone forever? Was Marsh like Sara an only child whose parents were dead?

Answering those questions gave me a better handle on Marsh and, more importantly, the story. As much as I like action-adventure, I’d forgotten one important (the most important) aspect of my work. Character.

Going back to my original question. How long does it take to complete a story? How about as long as it takes the writer to remember the tenet of a good story. It’s the character, stupid.

Now retitled, Christmas in Paradise is the story of six astronauts embarking on the adventure of a lifetime. They are the hope for the future. Pioneers setting off to establish a new home for the inhabitants of an over-populated, depleted Earth. 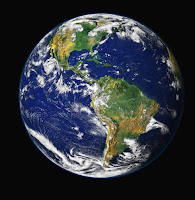