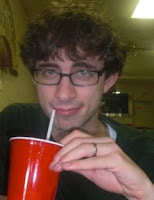 Jeremy Higley was born in California but now lives in Arizona. As of 2016 he’s a graduate student working on a master’s degree in English. He’s also an instructional aide at a local elementary school, a novelist, and a contributing editor for a nonprofit student success company called LifeBound.

The Son of Dark, Book 1 of The Darksome Thorn, is his first novel.

I started writing The Son of Dark during my senior year of college. It took me about three years to finish. Now that it’s done, I still struggle to summarize the story properly without feeling like I’m leaving things out.

The main character, Skel, is a wizard in training and the foster son of an elephant herder who resents him. At the age of 14, his world falls apart when his master leaves unexpectedly, and his true father shows up to tell him about the prophecy that led to his birth. The same night his infant foster brother is kidnapped by a magical dream cult called the Dun Ko.

The book also follows the journey of a former pirate turned merchant whose wife has been possessed by a dragon. As Skel searches for the Dun Ko and the lost child, he gets tangled up in the man’s quest to find a cure for his wife's enchantment. Meanwhile, the good and evil wizards from an age before are becoming active again as the prophecy of the Darksome Thorn, the same prophecy without which Skel would never have been born, is weaving the past and the present together in preparation for a dark threat approaching from beyond the horizon.

Skel is not so much an accidental hero as a reluctant one. He wants to do the right thing, and he would like to help everybody, but he hates being the center of attention. He’s like a main character who wants to take the role of a supporting character, but Fate won’t let him. The most fascinating part of his journey, for me, is his development into a leader. He certainly isn’t there by the end of the first book. He likely will have an awkward relationship with his role for a while yet.

Indeed, I think I’ll always see Skel as an unassuming soul whose greatness is thrust upon him by forces beyond his control. 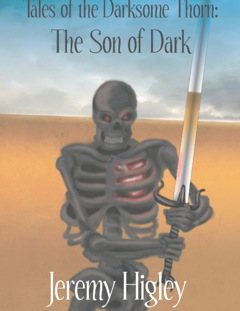 A thousand years ago, the wizards of the Nynsa  failed to follow the prophecy of the Darksome Thorn, and now the greatest evil of their time has survived into the next age.

Now, the Darksome Thorn has revealed a new prophecy, and the very evil they failed to kill is working to use that prophecy to his advantage.

Forces of evil run rampant in the land of Duskain. Ancient powers are stirring. A greater darkness is imminent...

...and Skel, the foster son of an elephant herder, finds himself caught in the middle of everything. Will Skel's newly developing powers be a help or a hindrance...

Marga pointed to the south. Zar didn’t turn, but he heard a gasp of recognition from Skel.
“Aja-aja,” he said with concern. “Three of them, about two miles away.”

Zar sighed in trepidation. The aja-aja were rare, enormous snakes prowling the Eltar plains, preying on elephants and any herders foolish enough to attack them. They had three heads each and stocky, powerful bodies to match, and could grow to over forty feet long. They killed and then predigested their prey by spitting streams of corrosive poison from their mouths.

“The aja-aja will be no problem,” he bluffed, staring into Marga’s eyes. “I have two magic-users with me now, a wizard and a Phage. They’re perfectly capable of dispatching a few overgrown snakes.”

“If so, then I’ll simply have to wait longer to be reunited with my precious one,”
the Wyvern said, eyeing the flattened snake corpses around her.

Something inside Zar began to burn like a fuse at the words “precious one.”

“You knew her before, I presume,” he continued, his voice much quieter. “Before you kidnapped her, I mean, and took over her mind.”

“She was mine to take,” the Wyvern retorted through Marga’s lips. “She was always mine to take.”
The last words hissed from Marga’s mouth like a challenge. Zar’s fingers wrapped around his sword’s hilt. He wanted nothing more at this moment than a way to strike at
his enemy, but the Wyvern was far, far away.

“Too risky,” the Wyvern replied. “You crave nothing more than to die for her. To kill you might break my grip.”

“If you don’t kill me she will never truly be yours,” Zar said. He walked to within an arm’s length of her. “As long as there’s breath in me, I will always be fighting to free
her.”

“I’m sure you mean that,” the Wyvern said. “Once you’re dead, there’s nothing to stop me from singing her back to me.”
https://www.youtube.com/embed/svt6n7Rv2Lw

Email ThisBlogThis!Share to TwitterShare to FacebookShare to Pinterest
Labels: adventure, fantasy, Jeremy Higley, The Darksome Thorn, The Son of Dark, YA fantasy