Fishing is not my thing. But it’s a good analogy for story writing. We want to hook the readers then reel them in. As a reader, I want that. Get my attention with the cover and the blurb, but hook me with the first sentence.

The idea for this post came from the program at my writers’ meeting (Mid-Michigan RWA chapter) on Saturday. About once a year, we critique. This time, members sent in three-page beginnings to be read aloud then critiqued. Some stories were pretty rough, but others grabbed our interest from the first sentence. 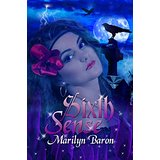 That first sentence sets the tone for the book and should make the reader ask questions. Here’s an example from Marilyn Baron’s Sixth Sense:  Beauregard Lee Jackson Hale was a shit magnet.

My first question is why does he attract shit? My second is who would saddle anyone with such a long name? Considering the name, the setting has to be in the south. 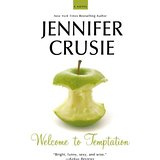 Here’s another example from Welcome to Temptation by Jennifer Crusie: Sophie Dempsey didn’t like Temptation even before the Garveys smashed into her ’86 Civic, broke her sister’s sunglasses, and confirmed all her worst suspicions about people from small towns who drove beige Cadillacs.

If I hadn’t read anything by Ms. Crusie, I’d get a good idea from that first sentence that the story will be humorous with a sarcastic bent. Considering the cars, I know the story is contemporary. My question: why did the narrator dislike the town before the accident? 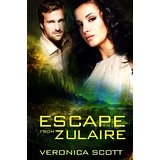 This is the most absurd thing I’ve ever done as assistant planetary agent for Loxton Galactic Trading—standing in as a bridesmaid in a borrowed puce dress because some other girl failed to show up. ~ Escape From Zulaire by Veronica Scott

The word puce gets me right away. Something about that word conjures up Regency or Victorian times. Yet, “planetary agent” and “Galactic Trading” tells me the story takes place in the future. My questions: why does she have to stand in for a bridesmaid? Is it part of her job (since she mentions it)? And why is it the most absurd thing she’s ever done? That doesn’t sound very absurd. Is her life that mundane? 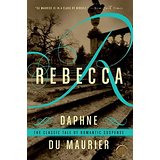 I saved the best (and most recognizable) first sentence for last. From Rebecca by Daphne duMaurier:  Last night I dreamt I went to Manderley again.

What or where is Manderley? Why would the narrator dream about going there? What significance does Manderley have?

A first sentence sets the tone of the story. It reveals the author’s voice. It can give the location or time period or both. Most importantly, it piques the reader’s interest enough to keep reading.

Check out the first sentences of your favorite books. Do they do that? Share with the rest of us.