New Release: Against the Wall by Mara Jacobs

I am so happy to welcome my guest Mara Jacobs. I've known here for years. We both belong to the same writing chapter, Mid-Michigan RWA. She is such a talented writer, and I envy her promotion ability. She's sharing her new release with us today. I was so excited when I learned about this new entry in her Anna Dawson series that I pre-ordered the book and read it the same day. Of course, I didn't do anything else that day. LOL I asked Mara to tell us how this series about an addicted gambler came about. 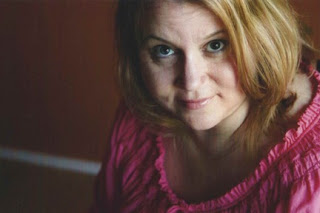 It’s kind of a funny story how this series came to be…the kernel of it all:

In 2007 I was with my family in Las Vegas cheering on my father as he played in a large World Poker Tour event. He was doing well, and returning each day to continue. As the event got closer to the Final Table, players dwindled, so you ended up seeing the same family and friends of the remaining players each day. My mother and I started sitting with a woman who was the mother of one of the few remaining female players. This player, let’s call her Anna, had come to Vegas a few months earlier right after she turned twenty-one. Her mother told us that Anna left a very prestigious university one semester shy of graduation to come to Vegas and try her hand as a pro poker player.

“How did you handle that?” I asked her mother.

“Not very well,” she replied.

I looked at the field of players and realized that more than half of them looked to be in their early twenties. Had they all left school early to roll the dice?

That night, once we got back to the apartment my parents were staying in, I started thinking about all the Annas. The buy-in for that tournament was $25,000. How did all those kids get the buy-in money to play? Did they play their way in? (Which is what my father did.) Was their college fund being wagered on the table?

And the biggest question I asked myself—Where are they all going to be in ten years?

And thus, Anna Dawson was born.

My family has been going to Las Vegas for many years, and once my parents retired, they’ve been spending their winters there. I’d visit them a couple of times a year and really fell for the place, so when I became a full-time writer I also became a “snowbird” spending the winters in Las Vegas and the summers in Michigan. It’s been a lot of fun continuing this series now that I live in Las Vegas half the year. Let’s just say I do a lot of “research” on sports betting – ha!

There is some poker in the books, but not a ton, so don’t think that if you don’t like poker you won’t like this series.

The main theme is the family of choice that Anna has surrounded herself with, and her own personal journey. And of course, being a mystery series, there’s a murder to solve. 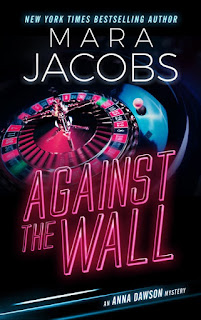 Against The Wall is the 4th book in the series. Against The Odds is the first in the series and is currently free at all ebook vendors.  Each book contains a mystery that is solved, but there are some ongoing threads throughout the series, so it’s probably best to read them in order. 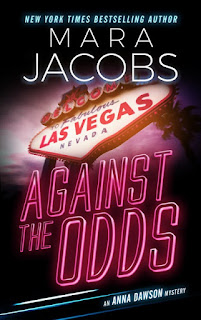 Mara Jacobs is the New York Times and USA Today bestselling author of the Worth series.

After graduating from Michigan State University with a degree in advertising, Mara spent several years working at daily newspapers in advertising sales and production. This certainly prepared her for the world of deadlines!

Forever a Yooper (someone who hails from Michigan's glorious Upper Peninsula), Mara now splits her time between the Copper Country, Las Vegas, and East Lansing, where she is better able to root on her beloved Spartans.

You can find out more about Mara’s books at  www.marajacobs.com

Mara loves to hear from readers. Contact her at  mara@marajacobs.com