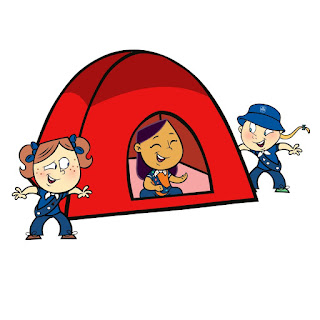 Two weekends ago, I started sharing bits and pieces of my work-in-progress. Besides sharing snippets on the weekends, I'm also sharing a little about the main characters. Last Monday was Maggie's turn. Now, it's Drew's.

Lawyer Andrew (Drew) Campbell grew up with Maggie and her older brother Jack. The boys were best friends and did their best to torment little Maggie or ditch her at the first opportunity. Her persistence to keep up with the boys (and her natural athletic ability) made her an asset on their sandlot baseball games--the only time they let her play with them. Drew and Jack stayed friends into adulthood.

Between Drew's over-cautious mother and his wife's fastidiousness, Drew didn't get down and dirty. He golfed, he swam (in pools). He also flunked out of Cub Scouts. A year after his wife's death, he's trying to make a "normal" life with his fourteen-year-old daughter. Without knowing the details, he agrees to help chaperone her camping group. A perfect bonding time for the two of them. Here's a short excerpt:


“What do you mean no toilets?” Drew Campbell stopped on the dusty forest path, hooked his sunglasses on the placket of his golf shirt, and stared at his daughter.
“Dad-dy,” Ellen said. Was she only fourteen? She did exasperation better than his administrative assistant. “I told you we were camping.”
Not for a moment would Drew reveal that camping was not what he remembered her saying a week ago. She said she wanted him to come along on an outing with her little group of friends. He figured a hike, picnic lunch, and then home for supper.
After taking a call on his cell in the parking lot near the trailhead, he’d gotten his first surprise. That’s when he found out about the “no electronics rule.” No cell phones, no iPods. All were locked in the vehicles. Only the leader carried a cell phone and only for emergencies.
He got his second surprise when he opened the hatch of the Navigator. Five backpacks. Five backpacks with bedrolls. He’d transported four girls. It didn’t take a law degree to figure out who the fifth backpack was for. He was in deep shit. But what could he say in front of Ellen and her friends?
“Of course, sweetie. I knew we were camping,” he lied.
“Yeah, right, Dad.”
She didn’t believe him? What happened to the adulation for him that used to be in her eyes? The “Dad is perfect” look.


As he’d done several times in the past three hours, he took out his handkerchief, looked at it in disgust, and tried to find a clean spot. He wiped the sweat off his forehead. It was hot and sticky, more like August in Michigan than June. Drew intensely disliked sweating. Clean sweat—in a gym—was all right. Not this . . . dirt. More than sweaty, he hated being dirty.

Drew is in for more surprises. This story, tentatively titled Unpredictable Nature, is a romantic suspense. More on that next week.

Enjoy the week. Here in West Michigan, we're finally getting a break from ten straight days of snowfall. And the sun is shining. So rare and welcome.