Please welcome back Linda Nightingale. A friend from the supportive group Authors Helping Authors and fellow contributor to Paranormal Romantics blog, Linda writes entertaining paranormal romances. Instead of coming herself, Linda sent Eyrael, the main character from THE SUMMONING. Be sure to check out the Giveaway at the end of the post. Now, let's meet Eyrael. 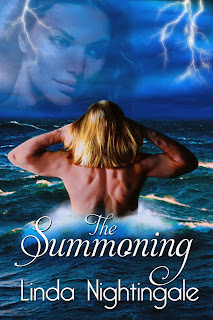 Please tell us about yourself.

My name is Eyrael, and I am the God of Wind and Sea. In my world, I am pure spirit. We do not have bodies but are endless energy traveling through time and space. That is in my dimension.  When I am summoned across into this dimension as the witch Heather did this time, I take on a physical form, but I can still alter that body at will. When she summoned me, I formed from the ocean in which she was drowning, into a man, but that shape frightened her, so I morphed into a winged black stallion, the form preferred by the People, and it seemed by the witch because she began to trust me.  Of course, she had to do so. We were in a deadly gamble to escape the evil Shaman and his band of warriors. You see in this dimension I, too, can die. 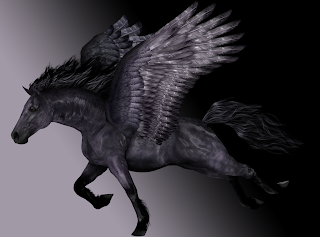 What does your family think of this ‘crossing over’?

My brother is also summoned by the People and to them he is the God of Earth and Fire. Sofiel and I do not agree on many things, particularly the greed and hunger for power of the new Shaman, Taino. He leads the People into closer relationship with Sofiel.  In their dimension, true to his dominion, Sofiel is a dark and forbidding god. He calls for human sacrifice. I abhor the thought of death to any of my People. He drinks blood sacrifices. I do not. My bound elements are light and air not dark and heavy.

What do you enjoy about physicality in this dimension?

Pleasure such as seeing, feeling, hearing—the five senses taken for granted by Man. In my dimension, I can experience seeing, hearing and touch but at home we are, more or less, emotionless except for pure Joy. I love beautiful women, sex, the sweet feeling of love and a good strong whiskey.

I am neither young nor old. I am ageless, here and now, there and forever. If I were to heed my own advice, it would have been to fall in love with one woman and father sons on her alone. The ways of the past encouraged me to fertilize many women among the People.

Who are the People?

And obscure branch of the Arawak Indians who migrated to Jamaica from South America under my auspices and protection on the long trek. It hurts that now with Taino as Shaman, they are turning from me to the darkness.

Do you know if this book Linda Nightingale has written about your struggles was driven by plot or character?

Definitely character.  Heather began our story, and when she called her over to rescue her from drowning in my Sea, I continued our tale with the writer.

Tell us about this Sofiel, God of Earth and Fire.

At home, my brother is as I, content and joyful, but when he is summoned, he changes the moment he transforms.  I attribute this to the influence of the young Shaman who wants nothing more than to be at Sofiel’s side when they prevail over me.  The fool doesn’t realize I’d welcome him as my Shaman if he would renounce his dark ways.  I do not feel him capable of becoming something he, at heart, is simply not.

Heather Morique is a witch. The problem is she doesn’t know it. Her husband Jahill was a refugee from an obscure branch of the Arawak Indians. After his death, mysterious whispers lure her to his homeland of Jamaica. Soon, she finds herself in a web of secrets, lies and illusions.
Jahill’s people worship Eyrael, the God of Wind and Sea, and his brother Sofiel, the God of Fire and Earth. The new Shaman has pitted brother against brother, and these two powerful spirits from an alternate universe fight to become the tribe’s ruling deity. Will light or darkness reign?
When Heather unwittingly summons Eyrael, these two unlikely soul mates face a dangerous fate.  The chemistry between them is more disturbing than the long-buried secrets. 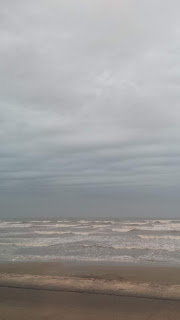 Like storm clouds cloaking a sunny day, darkness gathered in the room. Heather lifted her gaze from the computer screen. Smoke sullied the air, crawling across the floor in a black mist. No scent of burning came from the billowing murky fog. Her hands froze on the keyboard. An icy shiver melted down her spine. The gulls’ cries and the normal sounds of life had quieted. The house was as still as a tomb. Her skin prickled, goosebumps pebbling her skin. A shudder leapt over her. Fear seized her in its cold, cold hands. Her heart beat a rapid staccato in her ears.
“Heather,” a dark voice called softly.
She started violently, whirled to see who’d spoken and shuddered again. No one. Just the scentless smoke. The hair at her nape quivered. Danger lurked just out of sight.
With trembling fingers, she guided the mouse, clicking on save. She set the laptop aside, intending to rise, but found herself paralyzed as fire flickered to life five feet from where she sat. Sofiel. The battle had come. Why hadn’t she trusted her gut feeling?
Please don’t let him kill me now I’m finally happy. Please don’t let me lose my baby.
Nausea burned her throat, her stomach twisting into a knot of terror. She jumped to her feet, focused on saving her child. Fire nibbled at the black mist swirling around her feet. A tongue of flame licked her ankle. Ignoring the stinging pain, she charged toward the door. A crimson blaze climbed the walls. She’d taken three desperate strides when fire consumed the exit. She was trapped with the dark spirit who wanted her dead. 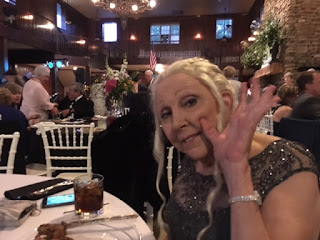 Born in South Carolina, Linda Nightingale has lived in England, Canada, Miami, Ft. Lauderdale, Atlanta and Houston.  She’s seen a lot of this country from the windshield of a truck pulling a horse trailer, having bred, trained and showed Andalusian horses for many years.

Giveaway:  Linda will be giving away a $15 Gift Card through Rafflecopter! Winner will be announced 8/30.  Follow her on tour for more fun and chances to win!