My friend and fellow Rose (the Roses of Prose blog) and Mid-Michigan RWA chaptermate, Margo Hoornstra is visiting with news about her newest release. Here's Margo to tell you about On The Force.

Thank you, Diane for hosting me to help get the word out about my latest romantic suspense release from the Crimson Rose line of The Wild Rose Press.

ON THE FORCE, Brothers in Blue Book 2 officially launched on October 29, 2018. I’m thrilled to be able to share some things here today such as where this book fits in the scheme of my writing feats, what this book is about and an introduction to the characters who are in it, and a little bit of insight into how this book came to be.

The Series:
Brothers in Blue. Four heroes who met at the police academy and became lifelong friends. The dropout, the straight arrow, the movie star and the maverick. All share a passion to serve and protect, each in their own unique way.

This Book:
ON THE FORCE, Brothers in Blue Book 2, highlights straight arrow Detective Vince Miller and recently unemployed CFO Sydney Raines.
Losing her job and reputation is nothing compared to the prospect of losing her life

The Blurb:
Top notch CFO Sydney Raines is devastated when her coveted job working for a high profile conglomerate is yanked out from under her. Determined to restore a mangled reputation, she finds her second chance when the owner of an upscale art gallery hires her as his personal assistant. Straight arrow cop Vince Miller is assigned to crack an international art theft ring. Working undercover, he never counted on meeting Sydney Raines, let alone falling in love with her. Then an unexpected twist in the case reveals the identity of a serial killer, along with the shattering realization that Sydney could be the psycho’s next victim.

The Why and the How:
What do you do with a husband who keeps coming up with interesting plotlines for books? Just when I was at the end of my writing rope one day, he came up with this. A recently unemployed woman, down on her luck. And a law enforcement officer who needs to run surveillance on some bad actors. Turns out her apartment is the perfect vantage point for him and he figures out a way to make good use of it. In doing so, he inadvertently puts her, an innocent civilian, in danger. Then, of course, he must do whatever it takes to save the day, all the while falling in love with the her.
And I was off…

Not that I’m about to give my husband all the credit. At the time, I had a simple short story turned sweet novella, turned full length romantic suspense in the works. What became ON THE SURFACE, Brothers in Blue Book 1 features, Brad Collins, a police officer turned bounty hunter. Originally, that book was a single title stand alone. Or so I thought. But, then again, what do I really know?

A character in ON THE SURFACE, Brad’s mentor, the aforementioned Vince Miller, was just itching for a book of his own.

Who was I to argue?

Except, my version turned out slightly different from my husband’s original vision. In my version, Sydney doesn’t know Vince is working undercover. She thinks he’s your everyday, harmless freelance writer looking for his latest breakout article. And she isn’t at all please with him when she eventually discovers the truth.

All of which takes place, of course, just before she lands smack dab in the middle of a serial killer’s crosshairs.

The Excerpt:
Vince pressed his foot down harder on the gas pedal as he fought to block out everything but the highway in front of him. A simple survival tactic as blind faith propelled him on. If he let his mind go where it wanted, all thoughts of Sydney would be front and center. He didn’t want to deal with that much pain just now. To focus on the road was his best option. Straight, flat, predictable.
Until they got to the turn off to the hospital, more specifically, the morgue.
Terror and sadness, rage and impotence stabbed at him from all directions, tearing him up and threatening to destroy his heart.
Beside him, Andy Raines wasn’t faring much better. “It’s not supposed to be like this.” He blew his nose then used the same handkerchief to wipe the tears from red rimmed eyes.
“It’s a hazy connection at best, but right now it’s the only connection we’ve got.” Vince didn’t share the details of the other victims. Not yet anyway. “I just hope to hell I’m wrong.”
“Children bury their parents. Not the other way around.” He coughed into one elbow then dabbed at his eyes again.
Vince kept his lips tight and jaw clenched. The right thing to do was respond. Offer some words of…what? Wisdom? Sympathy? Commiseration?
Pity he had nothing to give as they traveled to possibly identify a Jane Doe dead body as someone they each loved more than life.

ON THE FORCE and ON THE SURFACE are now available in both print and e-book format, to be joined in the future by ON THE MAKE and ON THE MOVE. And, though each is one segment of a four-part series, each one can be read as a stand-alone book in its own right. 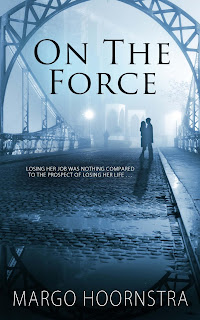 To serve and protect was never more personal 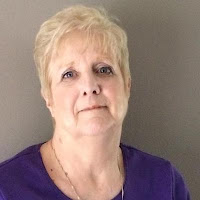 Like many writers, it’s hard to determine exactly when my fiction writing career began. I remember composing a short story in grade school (I have no idea about what) which was chosen for publication in an all school anthology. A journalism class taken in junior high school led to a job on the school newspaper and a weekly column.

I always loved reading. I loved writing too. Someday, I thought, maybe when I grew up and received the right training, I could actually write a book. After all, I was often told, laughingly most times, I had an extremely vivid imagination.

Through the years, the desire to write was always there. I had so many ideas and characters roaming around in my head, so many stories. But the business of living—going to college, getting married then raising a family—took precedence over something as frivolous as writing a book.
Then one day out of the blue I was downsized—effective immediately—from a job I’d held for over thirty years. What seemed so unfair at the time, I now recognize the tremendous gift I was given that day. As I’m now able to spend more and more time doing what I love—writing romantic fiction—I find I really do have an abundance of stories to share.