Diana Rubino is back with a fascinating time travel.

DARK BREW
A time travel romance
Learn from the past or forever be doomed to repeat it. 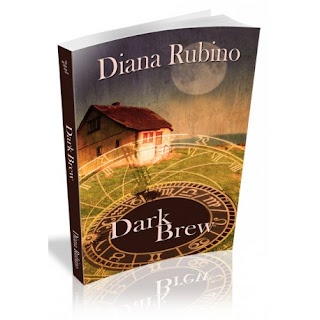 
“Ma’am, it would be better if you left the house for a half hour or so. Please leave a number where you can be reached,” Egan ordered.


Nolan glanced down the hall. “Where is your bedroom?”


What could they want in the bedroom? “It’s at the top of the stairs on the right. But we didn’t sleep together,” she offered, as if that would faze them. It didn’t.


After giving him her cell number, she got into her car and drove to the beach.


An hour later, she let herself back in and looked around. They’d taken the computer, her case of CDs, her thumb drive, her remaining herb jars, Ted’s notebooks, and left her alone with one horrible fact: This was now a homicide case and she was the prime suspect. 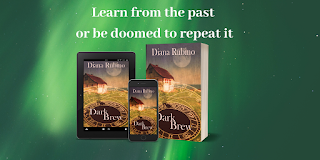 
Cook an authentic Italian meal, cheese ravioli with marinara sauce, garlic bread, a salad with Italian olive oil, a fine Italian red wine, and a sweet gelato for dessert. Then put on some Sinatra CDs and dance the night away!


My favorite Sinatra album is


We always had Sinatra playing in my house when I was growing up. Nearly everyone from Hoboken or anywhere near Hoboken has a Sinatra story; being from Jersey City, I have a Sinatra story: my great grandmother and his mother Dolly were very good friends. Unfortunately I never asked Great Grandma about what she and Dolly talked about but I’ll bet a lot of juicy gossip went around!