#WeWriWa - The Case of the Fabulous Fiancé: Good Riddance to Nick

I'm sharing a snippet from the 2nd Alex O'Hara mystery novel, The Case of the Fabulous Fiancé. Alex is a P.I. in the small Lake Michigan resort town. She's not as financially desperate as she was in the first novel, thanks to the Feds who rewarded her for capturing an assassin.

Dottie shut up for as long as it took to jog across the drawbridge over the Red Oak River that led out to Lake Michigan. As we headed down to the windswept beach, we angled between the orange snowfences.

As we passed Bonnie Bernacki’s Bed and Breakfast, she blew a raspberry.

“What was that for?”

Blabbermouth Bonnie—the bane of our existence since middle school—hadn’t done anything lately . . . that I knew of.

“She stopped me at Meijer’s and asked me about you and Nick. Right there in the produce aisle, and she made sure her voice carried.”

And the rest of the scene:

I groaned. So far, only three people knew for sure he’d left—Dottie, her husband Jim, since she couldn’t keep anything from him, and Dan Hoesen, Far Haven’s police chief. I’d managed to put off the nosy parkers who didn’t need to know the details of my love life. My former love life.

“Are you going antiquing tomorrow?” I asked.

Dottie loved to hit the antique shops on Saturdays. Me, I’d rather sleep in. Maybe if I got her talking about her weekend plans, she’d stop the questions about Nick.

At the Point, where the summer cottages began, we turned around. I was thankful she’d gotten off the subject of Nick the Rat.

“I told you not to talk about him. That subject is verboten.” 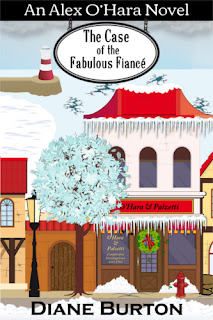