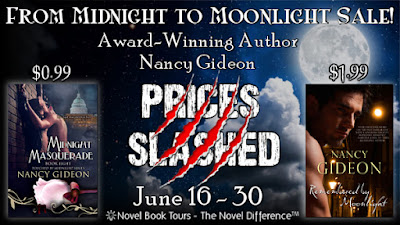 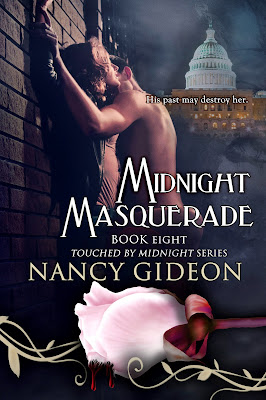 Can they escape the shadows of the past?

An invitation to join an exclusive D.C. law firm seems like a chance for Nick Flynn to leave his mistakes behind. But it’s his shadowy past and unrealized inheritance that attracted his mysterious employers. Once embroiled in their dark schemes, his struggle for success becomes a battle for his salvation.

Loner detective Rae Borden goes undercover as a call girl to discover the truth about her best friend’s death. Her carefully laid plan of revenge and personal redemption becomes a crusade against an unbelievable evil . . . with Nick Flynn in the middle.


Nancy Gideon is one of the best supernatural writers on the market today! — Midwest Book Review: BookWire 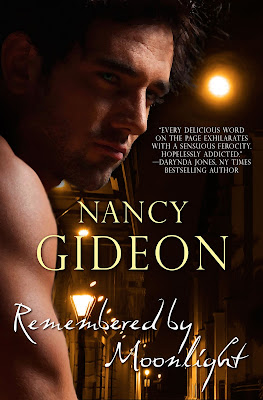 Clever, cool and preternaturally lethal, Max Savoie is leader of a secretive shape-shifter clan, heir to a mobster’s legacy, and the love of New Orleans’ top cop . . . but he can’t remember any of them. The only way to recover his past, and his rightful place in the arms of the woman who risked all to save him, is to surrender to a mysterious visitor who could use him as a weapon against all he’d loved.

After rescuing her mate from his ruthless captors in the North, hard-hitting Detective Charlotte Caissie is now painfully vulnerable—a stranger in his eyes . . . and in his bed. The key to his memories is locked in a tortuous past. To reclaim the strength of their passionate bond, Max must learn to trust her enough to face that darkness at her side before the threat it hides exposes the secret Cee Cee carries.

When an investigation into grisly deaths in an underground Shifter fight club points to more than just dangerous clan rivalries, Cee Cee enlists Max’s help to find a traitor in their midst while there’s still time to turn a deadly invading tide. But the cost of saving their treasured future may mean sacrificing his past. Especially when the enemy they pursue . . . might be Max, himself. 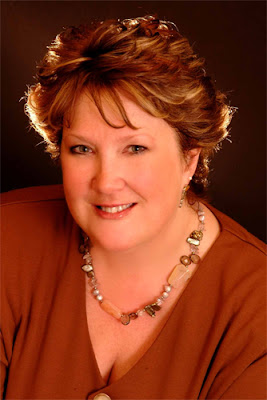 Nancy Gideon is the award-winning, bestselling author of 60 romances ranging from historical, regency and series contemporary suspense to paranormal, with a couple of horror screenplays tossed into the mix. She’s also published under the pen names Dana Ransom, Rosalyn West and Lauren Giddings. She works full time as a legal assistant in Central Michigan, and when not at the keyboard, feeds a Netflix addiction along with all things fur, fin and fowl.

A prolific writer, Nancy attributes her creative output, which once peaked at seven novels in one year, to her love of history and a gift for storytelling. She also credits the discipline learned through a background in journalism and OCD. The due date for her third book and her second son were on the same day . . . and both were early! When on deadline, she turns on the laptop between 4:30 and 5:00 a.m. to get a chapter in before heading in to her day job. She’s a member of GDRWA, MMRWA, PASIC, FF&P and Novelists Inc. and dotes on her critique group.

For more information on the author, her books, or the “House of Terriot” and “By Moonlight” series, visit Nancy at the links above.