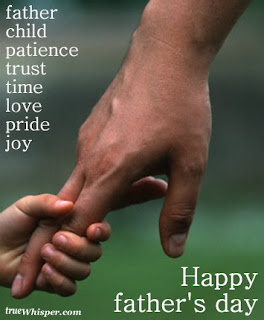 I’m so fortunate to have five wonderful fathers in my life. I grew up watching “Father Knows Best” and thought he was the ideal dad. He was kind, understanding, and always had time for his kids. He dispensed hugs and gentle advice. Not what I got for a father. No hugs, super busy (a full-time job plus a small business operator), barked orders, manufactured chores, issued advice like a general issues orders. It wasn’t until I met my husband that I began to understand my dad. With a large family (I’m the oldest of seven), he had the responsibility to keep a roof over our heads and food on the table. Hence the two jobs. Hubs described Dad as having a “bull in the woods” style. It was what he knew at work and how he treated us kids. He believed in “idle hands are the devil’s workshop.” He kept us busy so we wouldn’t get into trouble. He insisted I go to college, even though I had to pay my own way. He taught me to look around and see what needs to be done, rather than wait to be told. As an adult, I understood my dad better.

My father-in-law was a gentle soul. I met him after he retired, so he always had time for us, especially his grandchildren. When we moved 500 miles away, he and Hubs’ mother visited two or three times a year. I never saw him angry—although Hubs did as a kid, especially when science experiments went wrong. He never complained about the long hours of dialysis that he endured for over ten years. Instead, he used that time to write long letters to us and poems on yellow legal pads. The subject of his poems was family—often at the expense of MIL and her sister. If anyone else read the poems, they’d call them doggerel. We call them precious.

I met my son-in-law when he was sixteen and started to hang around our house. He and our daughter went to college together, got engaged, waited until he started medical school before getting married. It was always evident that he loved our daughter. More importantly, he respected her. She supported them by teaching all through his medical school and residency. When he was hired by a hospital, he told her she didn’t need to work. It was her choice. She chose to work part-time, and he supports that plus all her volunteer work. What impresses me most is how he is with his children. Loving, caring, gentle but firm.

My son didn’t marry until he was thirty-eight. He had his first child a year later. From how he was around his niece and nephew, I had a good inkling as to how he would be as a father. In reality, he’s been over the moon with Toddler Girl. It’s like he can’t get over this precious little girl. He’s over-protective at times but so loving. Working in a restaurant means long hours and, usually, no weekends off. While daughter-in-law works, Toddler Girl is home with him on his days off. Just like a mother carts the kid around when she shops, he takes her to Home Depot and Lowe’s, as well as to the park and splash pad. How he will manage when the twins come (in November) will be interesting to watch. I’m sure it will be a challenge, but he’ll manage in the same loving, patient way. 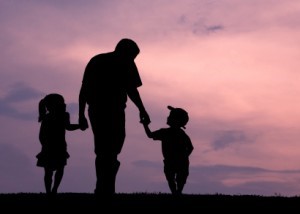 I’m always amazed that I was lucky enough to marry a man who would turn out to be such a great father. It’s no wonder since he had a great role model. Men in my father’s and father-in-law’s generation left parenting up to the mothers. My dad would no sooner change a dirty diaper than cook a meal. Not Hubs. He did his share of diaper changing and cleaning up after a sick kid. When he realized how much of his children’s lives he was missing because of long hours at work, he changed jobs. Neither of us grew up with parents who volunteered at our schools. Yet, he was active with our son’s Boy Scout troop and mentored kids in Odyssey of the Mind. He encouraged our kids to find solutions instead of telling them what to do. He supported their choices even when he didn’t agree. Like his father, he’s always had a gentle way about him. Not one to say “I love you”, he proves it by his actions. Being a grandfather brought out so much of that love. He’s warm and caring with the grandkiddies. A natural teacher, he encourages them to try new things, showing them how to handle tools in a safe way, how to build things, and when their patience ends, his doesn’t. He was/is a wonderful father/grandfather. Loving, caring, patient.

How did I get so lucky to know/have known these great fathers? Happy Father’s Day to them and to all dads. 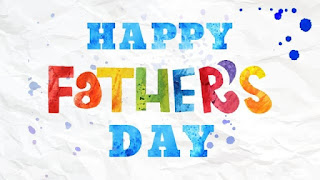