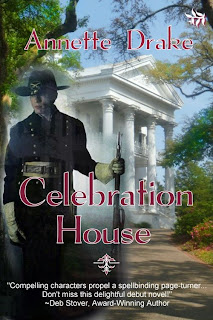 
Carrie Hansen spent her life caring for cardiac patients. Little did she know she would become a patient herself. After recovering from her own heart surgery, she realizes she has a special gift: the ability to see and talk with the dead.

Now, with her new heart failing, she leaves the bustle of Seattle behind and returns to Lexington, Missouri, the small town where she spent her childhood. Here, she sets out to restore an abandoned antebellum mansion and open it as a venue for celebrations.

Carrie’s work is cut out for her. The 150-year-old Greek revival house is in need of serious repair. Her sister, Melanie, tries to bully Carrie into returning to Seattle, predicting “her little project” is doomed to fail. Finally, Carrie’s health gives out on her, requiring emergency surgery.

But she will not give up. Carrie’s unique gift allows her to build relationships with the mansion’s original occupants, especially Maj. Tom Stewart, the handsome Civil War soldier who died a hundred years before Carrie was born. He encourages and comforts her, though not in the physical way they both desire.

Then there’s the builder of the house, Col. Bartholomew Stratton. If there’s one thing this 19th century horse trader cannot abide, it’s the living trespassing on his estate. He delights in scaring these intruders away, even if they are paying guests.

Will Carrie finish restoring Celebration House or will it finish her? And how can she plan a future with a man who has only a past?


Driving up to the house, Carrie smiled. She loved the long driveway, the poplar trees on both sides. Behind the trees, the fences had fallen into disrepair. Just one more thing she’d have to fix. She parked her car alongside the house and stacked her groceries and camping gear on the front porch. Seeing a small barn behind the main building, she decided to explore and see if there was room to park her car inside.
Carrie opened the door and stepped inside. Sunlight streamed in through the dirty windows. Even though the barn had been vacant for years, she smelled hay and horses.
Looking to her left, she saw a man shaving. He was bare from the waist up, his chest finely proportioned, lean, and muscular. His arms were powerfully built, and his right hand remained steady as he scraped the white soap from his angular jaw. His dark blue uniform pants were tucked into black leather knee-high riding boots. He stood at least six foot tall, and though Carrie hadn’t made her living in the carnival, she guessed he was probably younger than her, likely in his mid 20s. He peered intently at a small mirror tacked up on one of the barn walls. She waited to speak until after he’d finished the last swipe with the ivory-handled straight blade and had dipped it into the basin of soapy water.
“Good morning.”
He turned towards her suddenly, his expression an equal mix of surprise and annoyance. He dropped the razor and grabbed his shirt off a nearby nail. He turned his back to Carrie and pulled it on.
“You can see me, ma’am?” he asked, buttoning his shirt before stuffing it into his pants.
“Yes. Do you see me?”
“Yes, but I believe I have the advantage. I am dead. You are not.”
“I’m sorry to intrude on you. I’m Carrie Hansen,” she said, stepping toward him and extending her hand.
Without even thinking, he reached to shake her hand but his passed through hers. They both jerked back.
“I’m sorry. I didn’t mean to intrude,” she said.
“You surprised me. That’s all. We don’t get many visitors out here, especially living ones who can see us,” he said, putting his blue uniform coat over his shirt and buttoning the long row of brass buttons. “I’m Maj. Thomas Stewart, at your service,” he said, bowing formally at the waist.
“I am sorry I startled you. I sometimes forget that ghosts aren’t accustomed to being seen.”
“How may I be of service to you, Miss Hansen?”
“Where can I find Col. Stratton? I need to speak with him.”
His dark blue eyes showed his puzzlement. “The living do not go looking for Col. Stratton. What business do you have with him?”
“I bought this house, and I intend to live here.”

Celebration House is available at 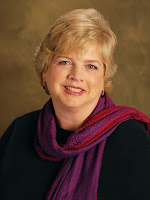 Annette Drake's books are character-driven and celebrate the law of unintended consequences. Her first novel, Celebration House, debuted on August 1st in e-book format for readers everywhere from Tirgearr Publishing.

Annette left high school after two years to obtain her GED and attend Truman State University in Kirksville, Missouri. There she earned a degree in journalism before working as a reporter and editor for newspapers in Missouri and Kansas. She earned a bachelor of science in nursing in 1994 from Rockhurst University in Kansas City, Missouri, and worked as a registered nurse in hospitals throughout Missouri, Alaska and Washington for 18 years before returning her focus to writing.
Annette recently completed her middle-grade novel, Bone Girl, and is hard at work revising her steamy contemporary romance, A Year with Geno.
She is the mother of four children. The oldest just graduated from the University of Washington; the youngest just graduated from kindergarten. She is a member of the Society of Children’s Book Writers & Illustrators. She loves libraries, basset hounds and bakeries. She does not camp.
You can follow her writing at www.Annettedrake.com. She welcomes correspondence at Write2me@annettedrake.com.