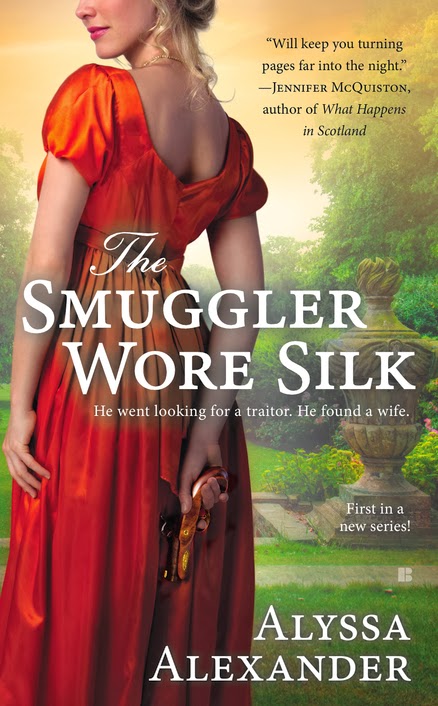 Thank you so much for having me here today, Diane! I can’t wait to share Julian and Grace with everyone. One of the reasons I love Grace’s character is she is by turns independent and a rebel, and then also meek and subservient, as she is not treated well by her uncle. She tries to hide the rebel beneath a calm and serene exterior, but Julian is able to see beneath that exterior. In this scene Julian is out for a walk and sees Grace riding astride her stallion—not at all like a proper lady on a side-saddle—and he is able to see the rebel beneath her façade.

Blurb:
After he is betrayed by one of his own, British spy Julian Travers, Earl of Langford, refuses to retire without a fight, vowing to find the traitor. But when the trail leads to his childhood home, Julian is forced to return to a place he swore he’d never see again, and meet a woman who may be his quarry—in more ways than one.
Though she may appear a poor young woman dependent on charity, Grace Hannah’s private life is far more interesting. By night, she finds friendship and freedom as a member of a smuggling ring. But when the handsome Julian arrives, she finds her façade slipping, and she is soon compromised, as well as intrigued.
As she and Julian continue the hunt, Grace finds herself falling in love with the man behind the spy. Yet Julian’s past holds a dark secret. And when he must make a choice between love and espionage, that secret may tear them apart.

“You must rescue me, Miss Hannah. Carry me to the safety of Thistledown where my wounds may be ministered to.” The earl’s dramatic expression turned wily. “Unless, of course, you’re afraid of my sort of excitement?”
She sucked in a breath. It was a challenge. Did she dare? He’d know that she was riding astride—if he didn’t already, given the lack of a slipper stirrup. It would be the most improper position, together on a horse. What if someone saw them?
The earl remained beside the stallion, his gazed fixated on her. The calculating look had returned to his eyes and she knew he was after something. Still, she couldn’t ride away without answering his challenge.
“Very well, my lord.” She tossed her head. “Mount.”
She moved forward on the saddle as far as possible, grateful for the high pommel of her uncle’s out‑of‑date saddle as she hooked her knee around it. The earl placed a foot in the stirrup. A moment later he was seated behind her in the saddle.
Demon danced sideways at the additional weight and she focused on controlling the uneasy stallion. Even as she fought to calm the animal, a part of her was focused on the earl. There was barely enough room for them both and Grace could feel the heat from his chest against her back. His hands circled her waist, resting there as she calmed Demon.
The earl leaned forward and murmured in her ear, “There would be more room if you rode astride. I won’t tell and I promise not to look at your ankles—even though I’ll be tempted.” His husky voice echoed through her, the dare heating her blood.
Oh, dear God, please let no one see me, she prayed.
She hitched up the skirts of her simple gown and swung her leg over the horse’s broad back. She knew her ankles and calves were exposed. She didn’t care.
She slid forward until her front pressed against the pommel of the saddle. Even with the additional space, they were fitted together in the same position. She could feel him intimately against her backside, his hard, muscular thighs aligned with hers. The earl’s strong hands curled around her waist as a steadying hold, fingers splayed across her belly.
The earl leaned forward once more, hot breath tickling her ear. “Ride,” he commanded.
She didn’t hesitate. The thrill of the adventure drove her forward as she spurred the horse.
They flew across the fallow field, both Grace and the earl bent low across the saddle, bodies nearly united as they moved in tandem with the rhythm of the horse. Limb brushed limb and the heat from their bodies mingled. The earl’s fingers gripped her waist, digging into the pliant skin beneath the light cotton. Wind whipped around and between them, pulling at Grace’s hair and whistling in her ears.
A low hedgerow appeared before them. Without even a moment’s deliberation, she sent the horse soaring over it. Time seemed to stop as they hung suspended in the air. She felt the earl’s body brace for the landing even as her own body tensed. Demon thudded to the ground on the other side of the hedgerow before continuing across the next field.
Exhilarated, Grace laughed loud and long, all sense of decorum abandoned. Her braided hair finally loosed from its pins and she could feel the wind whipping through the long strands. Lost in the moment and uncaring that her unbound hair would be streaming into the earl’s face, she leaned forward over the pommel. The earl did the same until his face was over her shoulder. His breath was ragged in her ear, but she could feel the pleasure in her body echoing in his. He seemed to vibrate with energy behind her.
She urged Demon faster, then faster still, and even the animal seemed to relish the sheer abandon of the moment.
Grace wished she could go on forever. The freedom and joy of the ride bubbled in her blood until she was full of heat and light and energy. But the aged brick of Thistledown came into view on the horizon and she knew she must stop. She couldn’t be this woman, this free spirit.
She reined in and the horse slowed to a canter, then a walk. When the horse stopped, they sat still for a moment. She swore she could feel the earl’s heart pounding against her back.
He swung to the ground, then eased her from the saddle before she had a chance to protest. She braced herself on his shoulders.
“The horse needs to rest.” He was breathing hard. She saw the same exhilaration in him that coursed through her veins. His hands were on her waist, hers resting on his biceps. He leaned in, breathed deep. “My God—”
He broke off, drew in another breath. Lost in the thrill of the ride she could only stare at his eyes, as blue as the August sky behind him. He leaned in further, lips close to hers. He hesitated, giving her the chance to run. She knew what would happen, knew the inevitability of it. And she wanted it—wanted him— in a way that was both foreign and familiar, and filled her with the same fire as the ride.
She didn’t run.

Despite being a native Michigander, Alyssa Alexander is pretty certain she belongs somewhere sunny. And tropical. Where drinks are served with little paper umbrellas. But until she moves to those white sandy beaches, she survives the cold Michigan winters by penning romance novels that always include a bit of adventure. She lives with her own set of heroes, aka an ever-patient husband who doesn't mind using a laundry basket for a closet, and a small boy who wears a knight in a shining armor costume for such tasks as scrubbing potatoes.