Today is my entry in a blog tour. Actually, it’s more like a game of tag. I was “tagged” by a friend who then went in the house and didn’t play. LOL You can read my friend Patricia Kiyono’s writing process here. Next, I tag three other people, whose names are below, and they’ll carry on next Monday. 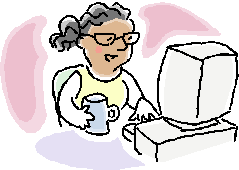 This is about how writers write. If you follow along the tour, you’ll see that our processes can vary a lot. We each find what works for us.

What am I working on?

Currently, I’m working on the next book in my Outer Rim series, about strong women on the frontier of space. The Chameleon, a science fiction romance, is about a woman who is not what she seems. For years, she’s played the fluff-brain daughter of a high-power industrialist turned politician when in actuality she’s been a spy for him. Now she’s given the chance to prove she’s worthy of becoming his successor in the family business. I started this book last spring with the hope that I could release it before Christmas. Obviously, that didn’t happen. A little thing like packing up a house we’d live in for fourteen years (the longest we ever lived anywhere) and moving to a smaller house took a good part of the summer and fall. Then there was the promotion for my newest release, my first romantic suspense One Red Shoe. I plan to release The Chameleon this spring.

How does my work differ from others of its genre?

The science fiction romance genre is finally coming into its own. For years, science fiction has been dominated by male writers and aimed at male readers who, generally, think the more scientific (facts, data, etc.) the better. Women like science fiction, too, but we (again, generally) like to read about relationships. So along with futuristic fiction (starships, aliens, galaxies far, far away) we include a relationship story, a romance. My writing aims at that demographic. Think Star Wars and the developing love story of Han and Leia.

Why do I write what I do?

I write science fiction romance because that’s what I like to read. Linnea Sinclair, Jayne Castle, Ann Aguirre, Susan Grant are my heroes. They braved criticism from some science fiction writers (who say they don’t write real s/f because there’s “love” story). I’ve been hooked on science fiction movies and television shows ever since the original Star Wars came out. Even before that, I’ve been fascinated by going into space. During the space shots in the 1960s and 1970s, I sat glued to the television. Beyond just the awe of man traveling into space, my imagination soared along with those rockets. What if…

How does my writing process work?

It’s that “what if” that starts my stories. An idea sparks along with a first sentence. I don’t enjoy stories that begin with a lot of set up. I like ones that start in the middle of the action. So I try to do the same. The Pilot, the first book in my Outer Rim series, begins with the heroine’s ship being confronted by what she thinks are pirates. My usual method is to write until I get stuck. All along questions pop up until I have to stop and do a rough outline of how to get from the beginning of the story to the resolution. Then I write, go back and change something in a previous chapter, write ahead, go back and fix, write ahead, etc. Some writers call this circular writing. It doesn’t work for everyone, but it works for me. After the first draft is finished, I read it through for the “big picture.” Because I’m a little nit-picky (okay, a lot nit-picky), I have to correct typos as I go. After making sure the big picture is correct, I do the fine tuning—tightening sentences, fixing typos I missed first time around. By the time the story is finished to my satisfaction, I have probably read it a minimum of ten times. And that’s before it goes to the publisher, or in the case of my self-published works, to a free-lance editor.

As I mentioned previously, every writer finds the process that works for them. Next Monday, check out the posts by the following authors: