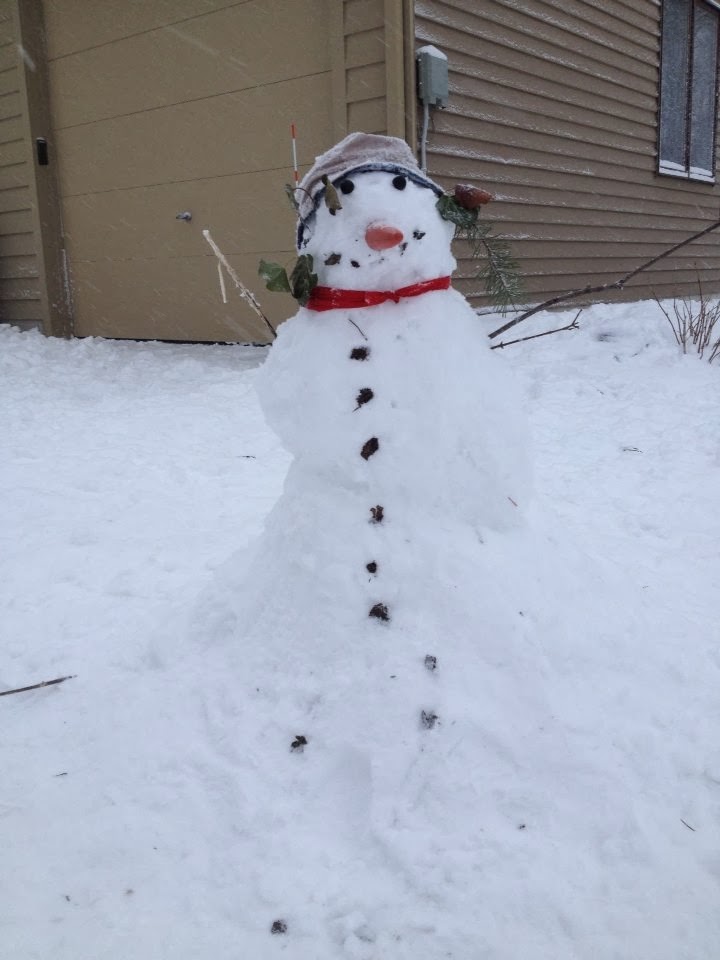 I like snow. That pristine white, fluffy stuff that descends from the sky in January. Okay, here in West Michigan it started in October this year. I think Mother Nature wanted to welcome us to our new home. In the past four weeks, we’ve had a LOT of snow. On Sunday, a winter storm hit us hard. By tonight, we're supposed to get another foot or more of snow on top of all we've gotten already then the temps are supposed to plummet. (Maybe today isn't the best day to post this.)

Friends say this is what I get for moving close to Lake Michigan, the generator of lake-effect snow. No surprise there. Hubs and I knew what we were in for. In the 90s, we lived near Kalamazoo. We even bought our first snowblower over there. Of course, we waited until our son left for college to do so. Was he ever torqued! Well, when we had a teenage son, we didn’t need a snowblower.

That snowblower has gotten a lot of use in Kalamazoo as well as the two winters we lived in Chicagoland and the fourteen in mid-Michigan. But nothing compares to the number of times Hubs has used it this winter. And it’s only January.

Did I mention I like snow? My sister in Indy thinks I'm crazy. The snow is so pretty, covering up the ugly brown dead grass. But whiteouts are scary. One evening I followed a truck onto a highway that I didn’t know the State Police had closed. I kept that truck’s red taillights in sight so well that if it had gone into a ditch I would have gone in behind it. That was the only way to know where the road was. Fortunately, I knew the highway and at the first opportunity (twenty-some miles later), I got off and onto surface streets. Snow is beautiful if you don’t have to drive in it

My mom said when she was growing up the snow was black from the coal soot spewing from chimneys. And I thought it was bad when the snow turned into dirty slush.

When my daughter and her husband prepared to move from Indianapolis to West Michigan, she told the kiddies there would be lots of snow and all the things they could do in it. That year Mother Nature played a trick on them. No snow. The first week of December, they had to come over to our old house for the kids to build their first snowman. They built that snowman above on Saturday before the snow started falling. He would have company if not for the bitter cold weather coming.

As I write this, I watch the scroll at the bottom of the television screen announcing school closings. Too bad it’s so cold the kids have to stay inside…and drive their parents crazy. As for me, I don’t have to go out so maybe I’ll take down the Christmas tree. Or maybe I’ll read.

If you have to go out, please be careful.

If you don’t have to go out in the snow, what do you like to do?

This is a busy blogging week for me. I hope you'll stop by.
Today: I'm on Paranormal Romantics “Space Colonists”
Wednesday: I'll be back here for the Insecure Writers Support Group blog hop
Also on The Roses of Prose blog “Looking Forward”
Thursday: meet fellow Michigander Alyssa Alexander with her debut book

Best of all, on Friday (drumroll please), I’m celebrating the worldwide release of One Red Shoe by The Wild Rose Press with a giveaway and a blog tour.
Posted by Diane Burton at 6:00:00 AM