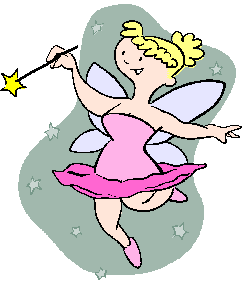 You know that great feeling you get when you finish a project? That’s me. I am doing the happy dance. After nine months of writing, revising, tweaking, I finished the next book in the Outer Rim series, The Chameleon. Almost like birthing a baby. Well, it took as long.

Before I even completed The Pilot, I knew it would be the beginning of a series--a series of independent stories about strong women on the Frontier of space. Once The Pilot was released (December, 2012), I had two other books (Switched Resolution and One Red Shoe) to complete before I could return to the Outer Rim. Meanwhile, I made rough character sketches for the heroines of future stories. Determining whose story I told next presented a challenge. I liked them all. Rissa, the barkeep? Genna, the aide? Nope. Someone new. Jileena Winslott, a.k.a. Baby.

To the world, Baby Winslott is the spoiled, fluff-brain daughter of a wealthy industrialist turned politician, the Chief Representative of the Coalition of Planets. Because no one takes her seriously, they talk freely in front of her. She’s her daddy’s secret ally. In disguise, she's earned multiple degrees and worked in every department of the family business. Her goal? Succeed her father. Now she’s on her greatest mission. If she succeeds, she will prove to him she’s worthy to lead the family business. Maintaining her “public” persona one more time will take every ounce of acting skill she has. On her trip to the Outer Rim, she’ll be accompanied by the man she’s been in love with since she was twelve. Will he see the real Jileena—intelligent, strong, determined—or Daddy’s Baby?

The hero? No question. It had to be the best friend from The Pilot, Laning Servary. Happy-go-lucky, loyal, poor farm boy turned Coalition Security Chief, Laning has a great job—policing his sector of the Frontier. Until he’s ordered to guard a spoiled rich girl on a damn fool vacation. His resentment of the wealthy started when he was a scholarship student to a prestigious boarding school, reinforced by his family being beholden to a rich landowner, and extends to Jileena.

How they go from their initial meeting to happy-ever-after was so much fun to write. Space pirates, desert bandits, a jealous ex-lover, and an earnest suitor wreak havoc and threaten to destroy Jileena and Laning’s tentative relationship. Wait until you see who provides comic relief. (Imagine River Song in Doctor Who saying "spoiler.")

Now that the story is finished, is it ready for publication? Not by a long shot. Next step is sending it to my editor who will find the flaws, the inconsistencies, the grammar and spelling errors. In other words, she’ll strengthen my story. If all goes well, The Chameleon will be released this spring. I’d say when the snow melts but, after the winter we’ve had, that could be June.

As I send off my baby on the next step of the journey, I’m doing the happy dance for finishing the story.

Email ThisBlogThis!Share to TwitterShare to FacebookShare to Pinterest
Labels: Doctor Who, One Red Shoe, Outer Rim series, Switched Resolution, The Chameleon, The Pilot