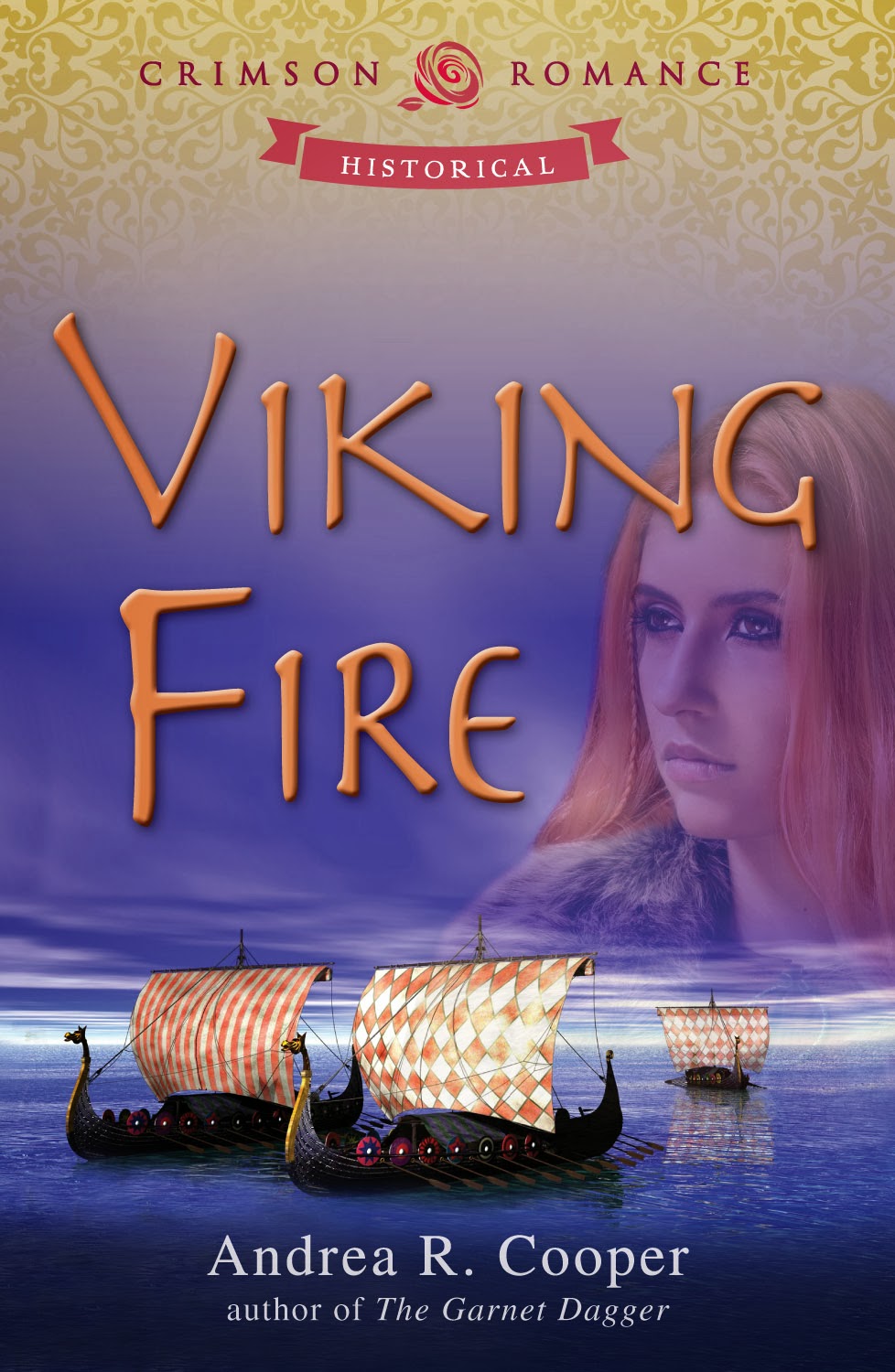 Viking Fire Blurb: In 856 CE, Ireland is a land of myth, magic, and blood. Viking raiders have fought the Irish for over half a century. Rival Irish clans promise only betrayal and carnage.
Kaireen, daughter of Laird Liannon, is suddenly forced into an arranged marriage with her sworn enemy, a Viking. She refuses to submit. With no mention of love, only land and the protection of her clan, she endeavors to get her betrothed banished from her country. Will love find its way around her stubborn heart?

Bram, the Viking, finds himself without future or inheritance as a younger son in his family. A marriage to the Laird’s daughter would grant him land if he swears fidelity and if his men will fight along with the Liannons against any foe—Irish or Viking. However, the Laird’s feisty daughter only holds animosity for him and his kind. Is marriage worth the battle scars of such a relentless opponent?

With the blame for a rival laird’s death treacherously set against the Liannons, Kaireen and Bram must find a way to lay aside their differences as an unforeseen darkness sends death snapping at their heels.

“I renounce Father for this.” Kaireen threw the elderberry gown. Dressed only in her
leine, she glared at the new gown on the stone floor.

“Shame on you and your children for speaking such.” Her handmaid, Elva, gathered the damask and then dusted off the rushes. “It’s a wonder one of the clim has not scolded you from your hearth for such talk.” She wore her white hair twisted in a chignon, underneath a linen head cloth. Strands of white hair poked out the sides of her covering.

“No, curse Father for a fool.” She plopped on her bed and a goose feather floated away. With a huff, she leaned against the oak headboard. Red curtains puffed like a robin’s chest around oak poles supporting her wooden canopy.

Her bare feet brushed against the stone floor. Why was she not born plain like her two older sisters? Already they had married and expected their second bairns by spring. Well, at least so far she had enjoyed twenty years of freedom. Neither of her sisters had had matrimonial dreams of love matches. Both were arranged marriages.

“You know your da arranged a marriage within a season.” Elva smirked.

Kaireen shook her head. “To another land holder,” and waved a hand in disgust, “not t-this heathen. Twice they raided our land in the last month alone. Many a raid has come from them. Now father wants me as wife to one of them?” She clenched her fists. “No, I will not marry this Viking.”

Elva smiled, reminding Kaireen of the rumors of her handmaid’s uncanny foresight.
Whispers of Elva making strange things happen and often blamed as the cause of
Kaireen’s stubborn refusal to behave as a laird’s daughter should.

“You’ve not seen him yet.” Elva wiggled her brows.

“So?” Kaireen shrugged. “I would like to never see him.”

“Well then, would you not like to know if you have a handsome husband or not?” She waited for her response, but Kaireen scowled at her. Elva chuckled. “I would rather get a good look at him now than the morning after.”

Kaireen’s ears heated. “I am not marrying.” She shook her head for emphasis. “So there will be no morning, nor night, nor wedding.”

“If he is handsome, I may fight you for him.” Elva smiled, deepening the wrinkles around her eyes.

“Welcome to him either way.” Kaireen laughed. 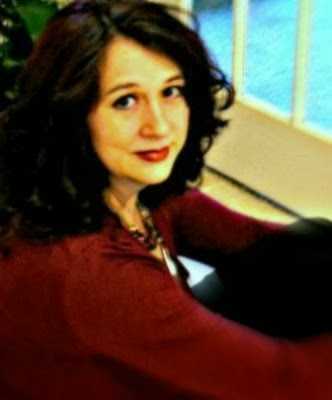 Andrea’s Bio: Growing up in Houston, Texas, Andrea has always created characters and stories. But it wasn't until she was in her late twenties that she started writing novels.

What happened that ignited the writing flame in her fingers? Divorced, and disillusioned by love songs and stories. They exaggerate. She thought. Love and Romance are not like that in the real world. Then she met her husband and realized, yes love and romance are exactly like the songs and stories say. She is now a happy wife, and a mom to three kids (two boys and a girl).

Andrea writes paranormal and historical romance. When not writing or reading, one may find Andrea dancing in Zumba. She believes in the power of change and counting each moment as a blessing. But most importantly, she believes in love.