Listen to Your Body 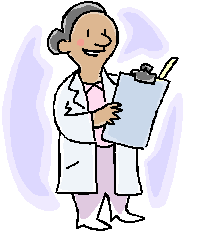 This probably sounds like an odd topic. Maybe a better title would have been Listen to Your Instincts. At baby showers, when the participants are asked to give the new mom one piece of advice, I always say, listen to your instincts. You know your baby. You know when something is wrong. Act on it.

As mothers, we listen to our instincts when it comes to our children. But do we do the same with our own bodies? Or do we hesitate getting medical help? Why? Because of the following (stupid) reason: What if I go to the ER and it’s nothing? I’ll be so embarrassed.

Case in point. Several years ago, I woke up in pain. Top of my belly then between my shoulder blades. Weird. I paced the kitchen, trying to figure out what was going on. (I am not a doctor so why do I try to self-diagnose?) We’d been on a dinner cruise and the food on the buffet was lukewarm. This was probably food poisoning? I was nauseous but not vomiting. Sort of ruled out food poisoning. Heart attack. Back pain, right? Women’s symptoms are different from men’s. What if it isn’t? What if the symptoms go away? What if I get to the hospital and it’s nothing. I’ll feel foolish. Turned out it was serious—gallstones and they wanted to do surgery immediately.

Within the past two months I’ve had two life-threatening incidents where I should have listened more closely to my body. In February, my husband and I ate dinner at a restaurant then hit the grocery store. Within ten to fifteen minutes, I started itching. By the time I got to the checkout, I was hot (heat—not anger at the price of food). It was winter. I was wearing my heavy parka. Seemed like a reasonable explanation. But then my face felt flushed, my lips and ears swelled. Hubs, who’d run back for some forgotten item, came up and said you don’t look good, go sit down. Later, he said my skin above my shirt looked blotchy. As I waited for him, my hands swelled. When we got outside, the cold February air felt good. Not good enough. My first thought was to go home and look at my body to see what was going on. Thank goodness, Urgent Care was between the store and home. We stopped there first. Like a “good girl” I followed the rules, signed in, and sat in the waiting area. A nurse told me later, I should have pounded on the window and gotten someone’s attention. I was having an anaphylactic reaction.

I suppose if my throat had swelled, I would have been more insistent. I knew something was very wrong. Yet, I didn’t scream and holler “help me.” I don’t make scenes. Too embarrassing. I know better now. Before they let me go home, the doctor said something strange. He looked at my husband and said “If she has another reaction, don’t drive her to the Emergency Room.” Say what? Then he said, “Call 911.” The EMTs can administer drugs to stop the reaction.

Earlier this month, I woke up to pain along the right side of my chest. It hurt to take a deep breath. I got out of bed so as not to wake my husband. My shoulder hurt, so did my right arm. Again, I’m thinking heart attack. There’s nothing worse than waking a sleeping spouse and saying we need to go to emergency. Talk about a rude wake up call. Poor guy. What a way to check out the hospital in our new town. We weren’t even sure where the Emergency entrance was.

The triage questions surprised me. Here I’m still thinking heart attack and they’re asking questions like: have you been on a long car ride? airplane trip? Hang on. They’re thinking blood clots. I know what a pulmonary embolism feels like—panting, shortness of breath, comes on suddenly. Had a PE after knee surgery. The symptoms were different. This wasn’t it. Wrong. A CT scan showed lots of little blood clots that had migrated to the side of my lung and were irritating the lining. Hence, the pain. Scary. More scary is that I didn’t recognize the symptoms and waited instead of immediately getting medical help.

I was very fortunate that I got good medical care after each incident. Only because I knew something was wrong with my body and acted on it., even if a little late. Waiting is probably the worst thing you can do. Listen to your body. Act on your instincts. Don’t hesitate because you’re afraid you’ll feel embarrassed.

Ask yourself what would you do if your spouse or child were having the same symptoms? Would you wait?